The Director General of the the National Agency for Food and Drug Administration and Control (NAFDAC), Dr. Mojisola Adeyeye, said yesterday that the agency had sustained the legacy of its former director general, the late Professor Dora Akunyili.

This is coming as the agency made a drug haul (tramadol) worth N198 billion in 2018.

Speaking at an occasion to mark the 25th year anniversary of the agency, Adeyeye said the agency still retained the aggressive drive of the late Akunyili and the work ethic that stood her out.

She further disclosed that NAFDAC was laying a foundation that would enable it to exist for many decades to come without anybody having the capacity to destroy it.

The celebration, according to her, was to enable the agency “look back to see what we have learnt in the past 25 years.”

“We have continued on that. What is more important for these 25 years is almost like closing the loop of legacy. We are setting a much stronger foundation for NAFDAC to exist for decades and decades to come so that it will take a genius to destroy NAFDAC.”

“We are working towards ensuring that our manufacturers are able to sell their products globally. So, we are doing things that will position NAFDAC as an agency to be competitive globally”, she said.

“Our GDP when it comes to pharmaceutical manufacturing is low. Our goal is to improve the GDP. We are pursuing towards ensuring that we improve local manufacturing to make sure we don’t have drug insecurity. We are changing so many policies,” she said.

On the seizure of N198 billion worth of tramadol, she said at a point, the organisation “was removed from the Ports, a situation that saw “the use of psychoactive medicines or drugs went up and our children became addicted and many homes became broken.

“But by May 2018, we were returned back, and that is why we are celebrating. We are not there yet, but we are now in the right path to do the control that we are supposed to do. Last year, NAFDAC was able to seize 23 containers of Tramadol worth about 198 billion naira.

Speaking on the improvement of service delivery processes rendered by the agency, she said, “based on our current process, if you submit an application for food, by 90 days your application should get to the final stage and you will be notified whether it is approved or not, unless there is a problem in the middle.

“We are putting in a foundation that others after me can build on which can benefit this country. We are now doing e-registration. We now have 200 companies that are signing on it already”. 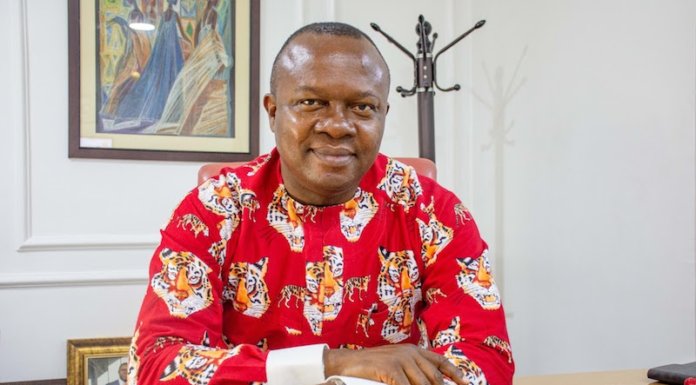