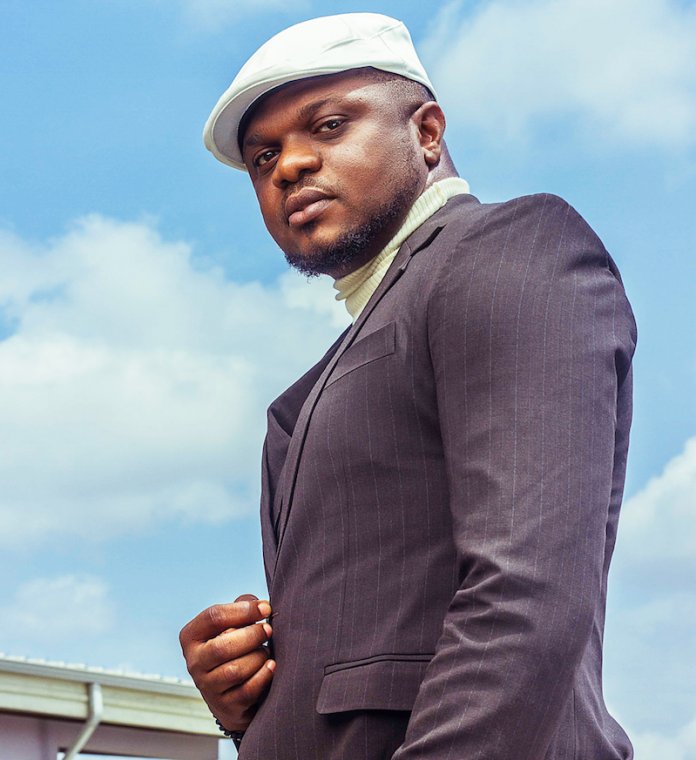 Ken Erics is a Nollywood actor, musician and producer. He has done several movies and won numerous awards and nominations. Erics has a lot to show for his impact on the industry. He tells Tosin Clegg about his journey,  love for music, Nollywood and other projects

Ken Erics is a regular guy

He is your boy next door and he is an actor, a musician. Basically, that’s who I am. Life outside the camera is basic for me and I do nothing serious outside my work. I take enough time to go out, have some rest and relax with family. I sleep as much as I can and, just like everyone else, I live normal.

I would say I had wonderful experiences as a young child which I believe added up to who I am today. I realised very early enough that I was attracted to the arts so I was into mimicking, music, drumming but I had a very interesting childhood experience as I’m from a family that allowed you to express yourself as much as you could. It was like a regular family where you grow up in church, as I actually started acting from church. I remember those days I would sneak out of the house to go and watch performances and live shows which all registered in my head and I knew one day I was going to do this and here we are today.

I had my primary school in Kano

I was born in Kano and had primary education in this city. Then I did secondary school in Onitsha and went to Nnamdi Azikiwe University where I obtained a degree in Theatre Arts and Film Studies and also had a Master’s Degree in the same field. So, it’s been onward from there and I’m looking at doing a PhD because I just applied for it recently. I have had a very busy academic life, as well as professional life because I love the academics. Most of the things I know today are from people who were my teachers and lecturers and they have influenced me so much. Maybe that’s why I’m still drawn to it and I feel I should impact the next generation to be able to teach others what I have learnt, particularly that hardwork and dedication pays.

My journey into Nollywood started in my first year

I had this audition and I went with my classmate from school. Though I wasn’t chosen but I ended up being a part of the production because of an incident. I went there with my guitar because I love music and then a big actor at that time, Pat Attah, saw me when I was leaving with my guitar and asked who owns it and I said I was, not knowing he could play. He played and I sang then he said I was talented and that I should be in the film and he took me back to the producers. I auditioned again and I got a small role, then I moved on. I went back to the university, finished and left for youth service. I got back and started attending auditions again and with time,    I got one or two roles and here we are today. It wasn’t easy or rosy but I kept at it and I made it and this is what everybody needs out there. And by God’s grace he blessed my effort and I’m grateful for that.

There are many people who want the same thing as you, and most want to be actors. But I knew it was possible because whoever was determined got it. So, I kept at it as there were times I went hungry. There was this time I stood in a bus from Anambra to Lagos for an audition because I couldn’t afford to pay for a full seat and when I got to Lagos, luckily for me, I got a role in the movie. I have attended auditions in various places across the country as the fire was in me and I kept on burning and wanted to do it. It wasn’t easy and there was this financial constraint, but at the end, it’s worth it and I advised people to make sure they are good at it. I was putting every effort to make sure it paid off and I’m thankful it did.

The Movie, Illiterate was my break out movie

It was shot in 2011 and was released in 2012 and I was almost giving up because the frustration was much. I was actually in Lagos and I didn’t have movie roles to do and I needed to survive and there was this friend of mine who called me and said a couple needed someone to be an MC at their wedding ceremony, which I had never done before. But I was hungry and I knew I could do it if I tried so I had to call another friend of mine who was an MC and told him what it was about; we anchored, got back and split the money. So, immediately we got back from the wedding I got a call about a movie role from someone who had seen something I did in a movie and I have never met this person before and I asked him to send the scripts. It was good but the money they offered was small and I almost turned it down but he advised I do it.

So I went to Enugu from Lagos and asked them to give me some time to peruse the scripts and I did the movie with Tonto Dike, Sylvester Amadu, Yul Edoche and it came out big and people took notice of me. Producers took notice of me also and by God’s grace I progressed.

I started singing at 13

As I have done music all my life. I went to the church and there was a programme and the band was playing, I got there and saw a microphone I took it and hid under the table then sang to what they were playing. I knew I was attracted to music but I didn’t know what pushed me to where the band was as they were much older than me. They later found me and then I sang again. Later on, I became the youngest member of that band from that day onwards. I began to attend functions and, basically, I have sang all my life. With that I consolidated and started learning other musical instruments which I got from my mother which I’m sure she got from hers. So, it’s been a generation of singers. It’s something I love doing as singing is in my DNA and it’s something I can do all day without getting tired. I do basically all kinds of music.

Music chose me, as I didn’t choose it

As I said earlier, I was drawn to the band. Music has always been in me, as I grew up to hear my mum always singing in the house. Every time I came back from school she was always singing to a record and she has the most amazing voice I have ever heard in this world. Music is more than entertainment for me, as I like to inspire people with it.

I can’t remember the number of awards I have collected

I’m not really keen about it though, but my greatest awards I always say are the ones I get from my fans as they are the people I care about and I’m glad they approve of what I do and that they follow me, as not everyone has that privilege. I have won awards and I have gotten so many nominations but the fans and audience are the greatest awards for me.

The Prophet is a new movie I’m working on

And I’m playing Pastor Jakes and it’s an expository. It is mind blowing but I don’t want to reveal so much. When this movie drops it’s going to change things because it was well researched and it’s something to watch out for.

I’m working on my own production

I just finished the post production titled, Sons and Daughters. It’s a movie close to my heart, as it’s a family story and I hold it so dear. I shot it in November and I want my fans to look out for it. I have upcoming projects as well, so it’s been a busy period for me as I’m taking it one at a time.

I strive for perfection

And I don’t joke with my work and craft and I don’t expect anybody I’m working with to joke with theirs also. For me, acting is a very serious business as it’s beyond the physical but it’s more emotional, spiritual and an intellectual exercise.

So, what stands me out is that I immerse myself in the characters I play and take it seriously and become them. I try to assume that person’s mental situation so as to pour it out because if you don’t have it mentally it would be difficult to express it. I believe in method acting and realism.