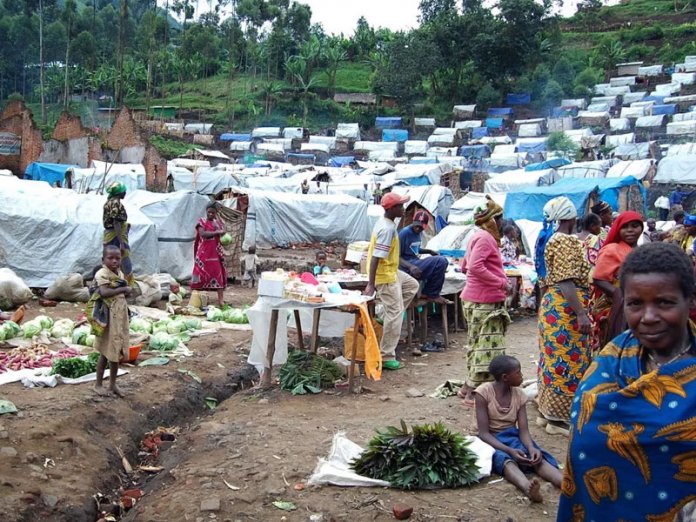 By Onuminya Innocent, Sokoto
As part of its corporate social responsibility, the Nigeria Customs Service (NCS) on Monday began the distribution of seized items to the internal displaced persons (IDPs) and orphanages in Sokoto, Zamfara and Kebbi States.
Briefing journalists at the NCS Area Command headquarters in Sokoto on Tuesday, the chairman of the committee set up by the Comptroller General of Customs Yakubu Salihu said President Muhammadu Buhari has directed the Comptroller General of Customs, Col. Hameed Ali (rtd), to distribute seized items which are perishable to IDPs and orphanages to ameliorate their suffering.
According to Salihu, the committee has finished the distribution of the items in zone A for phase one, which comprised Lagos, Ogun, Ondo, Oyo, Ekiti and Osun States.
The committee was in Sokoto Tuesday to commence distribution for zone B.
He added that the distribution would continue till the committee goes round the four zones of the country.
Salihu said the criterion for the distribution is to screen and accredit genuine or registered orphanages with the administrators of those orphanages or IDPs would come forward for collection.
He warned people to beware of unpatriotic elements who went around deceiving people that they were mediating between the committee and the recipients, stressing that there is no third party in the distribution process.
He further urged the media to sensitise the people about the distribution process.
Salihu said so far, over 300 jerrican of vegetable oil, 450 bales of used clothes, 2,675 used shoes, 155 cartons of tomatoes paste, 56 cartons of soaps/detergents, 45 cartons of spaghetti, and 65 cartons of mosquito coils have been distributed.
In another development, NCS, Sokoto Area Command Saturday intercepted 480 bags of rice concealed in fertiliser bags worth N5.480 million along Shagari – Tureta road.
The Area Comptroller of the Command Gimba Baaba Umar disclosed that the intelligence officer of the command got a hint about the the truck and intercepted it along Tureta – Gusau road.