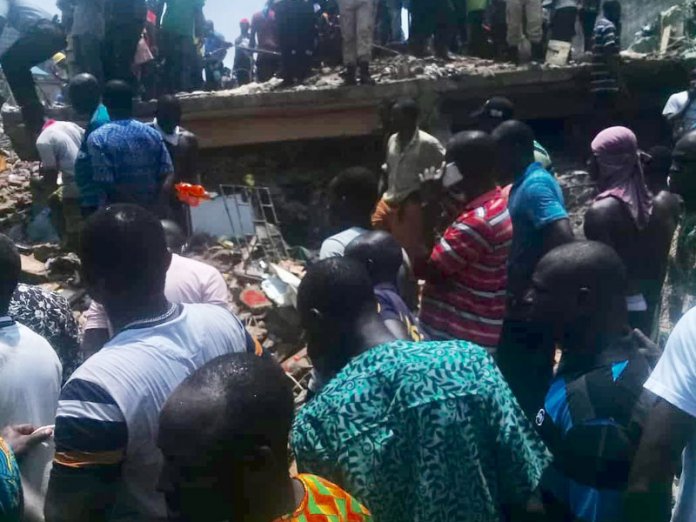 Away from the disturbing images that emanated from the collapsed three-storey building in Ita Faji, Lagos Island, Lagos, during the week, is the prognosis about Nigerians as a people – a social unit that is unable to govern itself or lacking the basic capacity or sense of responsibility to do things right. Indeed, those pictures are a proof of the fact that the Nigerian leadership lacks the impetus to cause genuine development to happen.

As at the last count, apart from the fact that the building was not originally designed for school, an indication that the school might be illegal in the first place, no fewer than 41 persons had been rescued, 22 of them females and 17 males, while the sex of two were unidentified at press time. Twelve persons were confirmed dead as at the time of putting this together. Of course, a majority of them – deceased and survivors – were kids. Oh, poor, kids!

However, if you worried about the unpleasant sight of the pictures, what are you going to do to those discomforting stories about the different families, who struggled to keep their wards in school but were caught in the obviously avoidable tragedy – stories that could force many to question God’s role in all of these? Importantly, the spate at which buildings are collapsing in the state could mean that the Lagos State Building Control Agency (LABCA) is definitely not living up to billings and that the agency needs some tough shake-up.