The Cedars House of Grace, newly planted in Lagos, has pledged to raise a people of distinction among the dwellers of Lekki and its environs.

The senior pastor of the church, Niyi Eboda said this at the inaugural service of the church at the Grand Atrium hall, Lekki, Lagos, adding that part of its aim is to raise a people of distinction living off a life that is unending, the very life of God.

According to him, “we believe in the power of new seasons. We believe that in life God has not ordained for people to assume status quo. Status will remain an assumption until it is proved. “

Emphasising that Christians were called to be the salt of the earth and the light of the world, the senior pastor told newsmen that the role of the church in the general elections was to raise people who understand the place of the citizens.

“We are meant to solve the problem not add. In the book of Obadiah in the Bible, we are called the saviours. Hence, our job as believers and Christians is to emancipate. We are supposed to turn on the light not cause the darkness,” Eboda added.

He succinctly said the church is supposed to raise people who are going to ensure they assume responsibility for a better nation, adding that governance should not be left for those who are elected into offices since everybody is a part of the process of governance.

Eboda further noted that not only must Christians raise people who are value-hardened citizens, but also people who understand the importance of exercising their franchise in times like this.

His words: “We should not fold our arms and keep complaining of things in the country. We are supposed to get actively involved and play our parts.”

Meanwhile, another senior pastor and ordained reverend, Mrs. Funke Felix-Adejumo, lauded Eboda for taking such a bold step into the creation of another church. “Another church is born and it is good.”

She expressed: “The church is marching on and the gates of hell cannot prevail. Only God knows the people that will be raised here today that will go and matter in quarters that matter in calling like politics, career, businesses and more.”

The senior pastor further commended Eboda and his wife, Adeeola Eboda (a reverend). “I so much believe in the grace upon their lives. These are born leaders, who are in ministry just to touch lives. I rejoice with them and congratulate them. I know the best is yet to come”.

Reacting to claims that there are proliferations of churches in the country, Funke said that that world thinks the church has failed does not mean that is the truth. 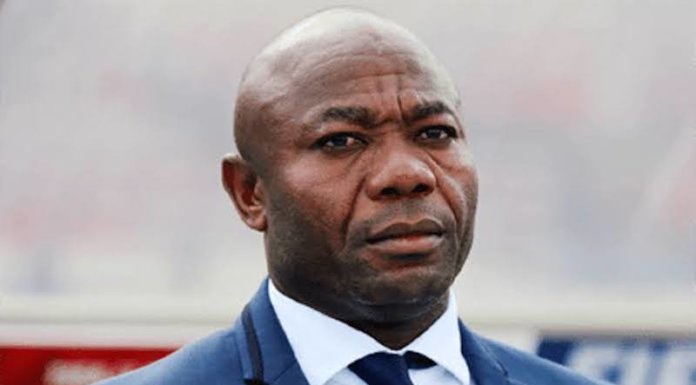