As funeral rites begin tomorrow for former General Secretary of the Nigeria Football Association (NFA), Taiwo Ogunjobi who died on February 11, his former teammate at IICC Shooting Stars, Felix Owolabi has described the late football administrator as a true leader that will be hard to replace.

Speaking on FUBS yesterday, a Wattsapp platform of eminent sports administrators, former sports men and women and sports journalists in the country, Owolabi said as Captain of IICC, “Ogunjobi possessed all the qualities of a true leader. He had charisma and aroma of a gentleman.”

He recalled playing in the final of the 1984 Africa Cup of Champions Club against Zamalek of Egypt with the late Ogunjobi.
“Of course, we played together in IICC Shooting Stars till the end of 1984 after we had lost in the finals of African Champions Club.”

Even though Ogunjobi did not play in the return leg of the final at the National Stadium in Lagos, which the Oluyole Warriors lost 1-0 through an Ogbein Fawole’s own goal, the memories of that game stayed with the players and their legions of supporters. IICC had lost the first leg 2-0 in Cairo before the debacle of an own goal at the Sports-city in Lagos.

Owolabi gave an insight into how Ogunjobi who did not play for any big team in the country before travelling to the United States of America for further studies returned to become star of the Ibadan lords.

“He returned from the US towards the end of 1982. He came for the compulsory one-year youth service. In fact, I facilitated his absorption into the Shooting Stars Team

“In1983, Shooting Stars had just assembled young players from school after the exit of Muda Lawal, Best Ogedegbe, Segun Odegbami and other top players when we lost a Challenge Cup quarter final match to Niger Tornadoes of Minna at Ahmadu Bello Stadium in Kaduna.

“I was the only known player left in the club. A group of young, school boys from Oyo State who had just won the then Schools Sports Tournament were selected into the team. Those boys were the only option for the state to absorb into Shooting Stars in 1983 with me to compete in the 1983 National League.

“I was the only big boy left then and was holding the position of the captainship which fell on me as the most senior player. So, when Ogunjobi came to join us on youth service, I was relieved and asked our coach at that time, Coach Niyi Akande to make Ogunjobi the captain of the team.

“Shooting Stars won the National League and were so hot that we qualified to play in the 1984 CAF Club Champions which we lost in that final to Zamalek. Our qualification brought back all the players who had earlier left the club except Best Ogedegbe,” Owolabi recalled with nostalgia.

Ogunjobi later as General Manager led the Shooting Stars to win the inaugural edition of the now rested CAF Cup which trophy was donated by Bashorun MKO Abiola in 1992.

He used his success as administrator as launch pad to higher terrain as he was appointed the General Secretary of the Nigeria Football Association in 2002. Ogunjobi held on to the position till 2005 before becoming board member from 2006 to 2010. The former Shooting Stars legend was the chairman of Osun State FA till he passed on last month after a brief illness.

Tomorrow in Ibadan, a Symposium put together to celebrate the life and time of Ogunjobi by the South Western Nigeria Football Forum led by NFF 1st Vice President, Seyi Akinwunmi will hold before the football match between FUBS and Ibadan All Stars on Thursday. 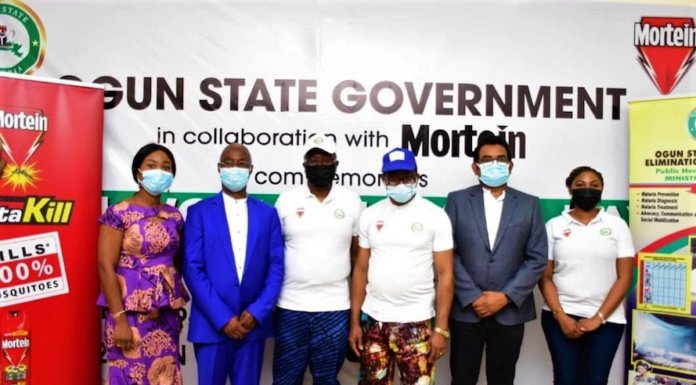