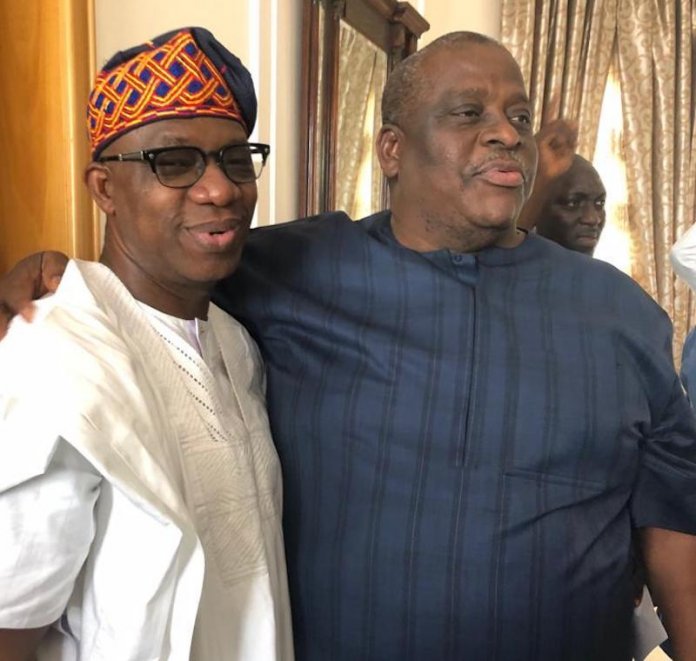 The Ogun State Governorship Candidate of the Peoples Democratic Party (PDP), Senator Buruji Kashamu, on Monday, visited and congratulated the Governor-elect, Prince Dapo Abiodun, over his electoral victory in last Saturday’s election in the state.

Kashamu who is currently representing Ogun East Senatorial district at the National Assembly, arrived at the Iperu-Remo residence of Abiodun, at about 2:30pm, and was accompanied by PDP loyalists.