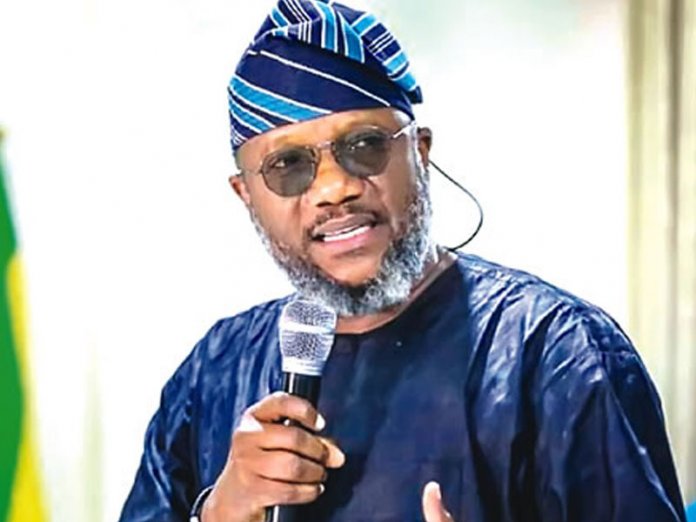 The Ogun state governorship candidate of the Allied Peoples Movement (APM), Adekunle Akinlade, on Sunday, rejected the on-going election results being announced by the Independent National Electoral Commission (INEC) in the state.

The APM Governorship Campaign Director General, Chief Sarafa Isola, who spoke alongside Akinlade, at the party’s secretariat at Leme, Abeokuta, rejected the results of the two (Governorship and State House of Assembly) elections.

Ishola in a press statement, on Sunday, alleged that the gubernatorial election which began peacefully on Saturday was allegedly hijacked by hoodlums and “unidentified unform men” during the collation stage, and further manipulated the results in favour of APC.

He said the APM had petitioned the INEC Resident Electoral Commissioner (REC), Prof Abdulganiyu Raji, to urgently wade in and investigate the “infractions” and stop the ongoing announcement of results forthwith.

The DG, however, expressed concerns, that despite the complaints, the INEC had started announcing the results.
Isola described the outcome of the election as a “miscarriage of justice”, adding that the results do not reflect the wishes of the electorate as freely expressed on Saturday.

“I hereby, on behalf of APM, formally reject the collation process that was hijacked and compromised because it did not reflect the wishes of the people of Ogun state as freely expressed on March 9, 2019 governorship and House of Assembly elections.

“The APM wishes to put INEC on notice that we shall explored every means within provisions of the constitution and the laws of the Federal Republic of Nigeria to challenge this miscarriage of justice.

“We shall also ensure that the wishes of the people of Ogun State as freely expressed at the polls are protected, ” said Isola.
Akinlade, on his own part, said, “The people of Ogun state have been raped”, while urging them to maintain peace while the leadership of APM explores all legal means to undo the alleged injustice”.