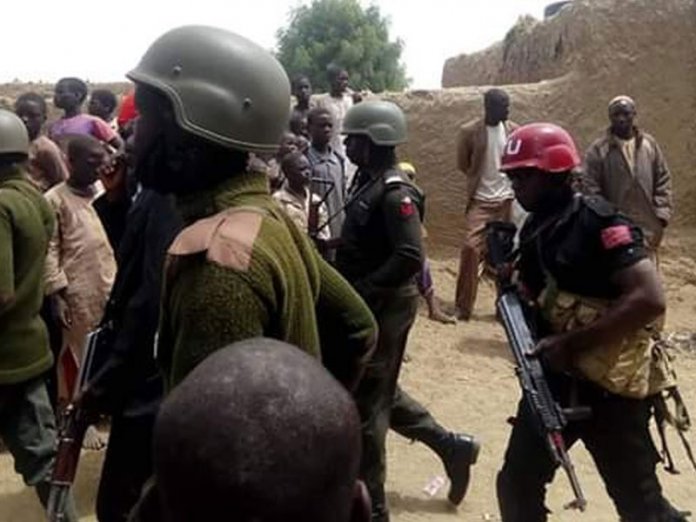 No fewer than 10 ad hoc staff of the Independent National Electoral Commission (INEC) have been kidnapped in Danmusa Local Government Area of Katsina State during the Saturday’s governorship and state Assembly elections.

THISDAY also gathered that a Nigeria Security and Civil Defence Corps (NSCDC) officer and police officer were killed during the attack.

Although the state Commissioner of Police Sanusi Buba is yet to respond to inquiries about the incident as of press time, the INEC Commissioner Jibril Ibrahim Zarewa said he will address journalists on the incidence by 7: 30 p.m. Saturday.

A reliable source at the state INEC office, who confirmed the development to THISDAY, said: “20 of our staff have been kidnapped in Danmusa during the election but 10 regained freedom. We also lost an NSCDC officer in Kankara.”

Similarly, reports from Danmusa Local Government indicated that gunmen numbering about 50 stormed polling units in the area and abducted many residents in the area, forcing the INEC staff to scamper for safety.

A source in the area said that gunmen attacked different polling units in the local government, adding that: “A police officer was killed during the attack.”

This development has generated panic among voters in Danmusa and Kankara Local Governments, which many sources in the areas said affected the governorship and state Assembly elections.

Danmusa and Kankara are among the nine frontline local government areas in Katsina, which shared border with Kaduna and Zamfara States.

The state Resident Electoral Commissioner (REC) of INEC, Jibril Ibrahim Zarewa, recently confirmed that the issue of insecurity in some parts of the state has escalated as a result of “spill-over” of the happenings in neighbouring Kaduna and Zamfara States.

“In all, we have concerns in nine LGAs namely, Jibia, Batsari, Kurfi, Safana, Kankara, Faskari, Dandume, Danmusa, and Sabuwa. The predominant problems are kidnapping, cattle rustling and robbery.

“The wards and number of polling units affected have been identified. Elections required peaceful and tranquil atmosphere. A concrete approach has therefore, become necessary in order to ensure peaceful and hitch-free election, and we believe that the security agencies are on top of the situation,” Zarewa had said.

Meanwhile, as of the time of filing this report, Zarewa and top security officers were at the Katsina Federal Medical Centre (FMC) to receive the corpse of the slain NSCDC officer.