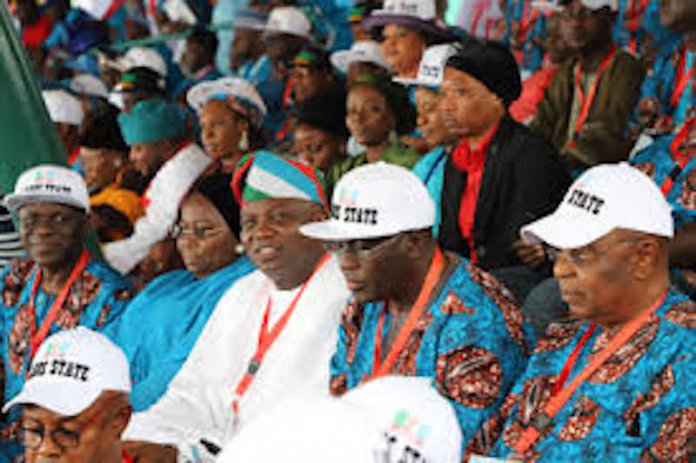 The APC government has demonstrated a lack of capacity in dealing with traffic congestion, writes.Olakotan Ogun

On Monday February 11, I watched in amusement when Joe Igbokwe, the publicity secretary of the All Progressives’ Congress (APC) failed to make an appearance on a breakfast show on a top television station. The spokesperson of the Peoples Democratic Party (PDP) who was meant to face off witih Igbokwe that morning was there. But, Igbokwe was nowhere in sight. Why? He “was caught up in heavy traffic.”

I beamed a self-gratified wide smile.

This is hilarious. APC in Lagos which Igbokwe often bandy about as the best thing to happen to Lagos has watched on helplessly while “containers” virtually own the major highways of Surulere, Ikorodu road, Carter bridge, and worst-hit, Apapa. This is the Lagos of Igbokwe whose APC-led government has done nothing to solve the menace beyond a few feeble attempts leading many to spend precious productive hours in traffic gridlock. It is good for Igbokwe to feel the pinch which Lagosians have faced for countless number of years. Igbokwe needs to know that, like it happened to him that day, many have missed precious scheduled appointments like visa interviews, job interviews or meetings, others have missed important life events like weddings, birthdays, naming ceremonies while crucially, many others like Jaye Aboderin of the Aboderin dynasty and Amaka Igwe who was a film producer, have lost their lives due to health emergencies where they could not reach the hospitals on time due to traffic gridlocks.

Generally, all across Lagos, the situation is no different because the road surfaces are very bad. In Amuwo–Odofin, Ojo, Festac, Badagry, Ogba, the roads are so terrible that it makes one wonder if they are caravan routes plied by horses and camels rather than roads that were ever paved. I do not know from where Igbokwe was coming from on Monday. But it is an apt reminder for him to quit clowning around as he is wont to do when asked critical questions about APC’s bad governance; the party should wake up and face the reality of total infrastructural collapse in Lagos.

Few days ago, Lagosians watched in bemusement when articulated vehicles called “containers” were magically removed from many highways in Lagos few days to the arrival of President Muhammadu Buhari to Lagos for his presidential campaign. These “containers” have been permanent menace on several routes in Lagos where the drivers of these vehicles permanently park them. Along Carter bridge, Ikorodu road, Lagos-Ibadan expressway, and especially, Apapa, these articulated vehicles block major highways in Lagos, obstructing traffic for years on end. The APC government has demonstrated a lack of capacity in dealing with this stubborn issue.

APC’s unwillingness to address the situation became glaring when a year ago, these long vehicles mysteriously disappeared from worst-affected Apapa. As many pondered the development, it became widely reported that a senior army official who was posted to Apapa quietly and efficiently effected the wonderful change. Again, over these last few days, the articulated vehicles made a swift disappearance from Lagos’ roads. These developments make it glaringly obvious that banishing of these vehicles can be done on Lagos’ roads. But, since the powers-that-be in Lagos do not feel the pinch, the common man continues groaning under the punishing weight without a reprieve in sight.

Not too long ago, a newspaper obtained an audio recording of Rotimi Amaechi, minister of transportation and director general, President Buhari Campaign Council, who made some revelations about Lagos State. In it, the minister was heard describing Lagos, the country’s commercial centre and former capital as a “glorified village”. Amaechi said the city lacked basic infrastructure compared to Abuja, the country’s capital with its poor road network, lack of running water, and infamous vehicular traffic congestion. “I live in Abuja, tell me where else we have infrastructure. Lagos is a glorified village. The only difference between Lagos and other cities is the fact that business is in Lagos, everybody is there doing business, so you can at least have food,” he said. Going further, he said, “If not tell me what else you have in Lagos? 1,000 plus megawatts. That’s all. That’s what you have. What else do you have? No water, there are no roads. When you hear traffic jams in Lagos or any part of Nigeria, why are there no traffic jams in Abuja? The reason why you meet traffic jams in Lagos is because there are no roads,” the former governor of Rivers State added.

The Peoples Democratic Party (PDP) in Lagos quickly latched on to the development to lampoon the APC. Jimi Agbaje, its gubernatorial candidate in the state unequivocally charged that put simply, Lagos is not just working under APC. “We commend Rotimi Amaechi for his shrewd observation. Amaechi is a high-ranking federal APC cabinet member and has been resident in the Abuja, the Federal Capital Territory for years. Yet, he can acutely discern what member of Amaechi’s own party in Lagos has stoutly refused to acknowledge but live in mendacious denial of,” Agbaje said.

APC’s frequent chest-beating as having the best template of governance in the entire country if not, Africa is becoming an irritating din. It smugly wags at the populace to observe the badly-done roads, grandiose bridges and withering flowers that dot Lagos as the topmost benchmark of exceptional governance in Lagos in the past 20 years and a spent expenditure of over N7 trillion. On the Lagos-Abeokuta Expressway, there was a small pothole by Cement bus stop. Road users’ attempts to dodge this pothole always cause a bumper-to-fender traffic holdup on that stretch of road during rush hour every day. Like Igbokwe, many had pressing work resumption or pressing appointments to make but unfortunately missed it just because of APC’s bad leadership in the state.

Since 1999, when Nigeria returned to democratic rule, Lagos State has been exclusively governed by the ruling All Progressives Congress (APC) comprising one of the parties which formed the merger that birthed the APC. The state often prides itself as having constructed roads in that time but the ratio of roads constructed in that time is too few and far between compared against the general damaged state of all Lagos roads. Even the ones constructed at that time are substandard and crying for massive rehabilitation. It is good for APC stalwarts in the state to feel what an average Lagosian feels everyday.