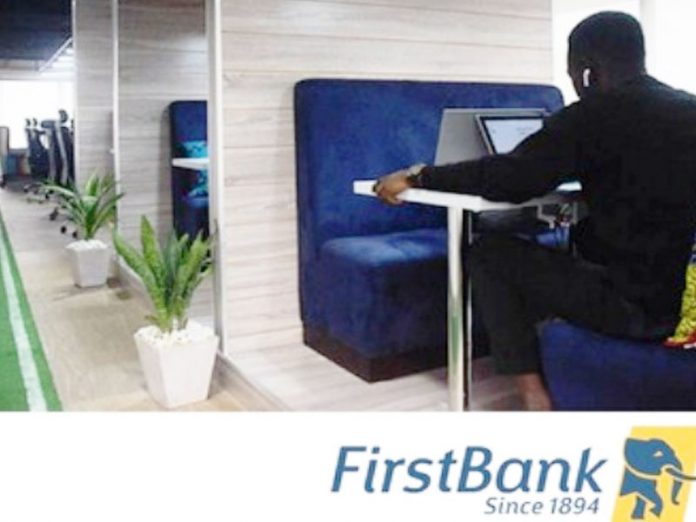 Chukwuma Ikenna sat on the wooden bench in his shop reminiscing on the previous day trading, the losses incurred and gains accrued. He had mixed feelings that he could not articulate it. He has always tried to make each day meaningful for himself, but he has not been able to confront his fears, which gives him some moments of sleep deprived. However, he didn’t forget the emotional shape that each day represented for him an entrepreneur.

Ikenna was clutching his black cordless phone which he often looked at intervals for any messages relating to financial transactions. Ikenna’s business had gone through several months of financial losses. The hope of enjoying financial breakthrough in business has remained a mirage for him. His black cordless phone rang, a strange number was calling him, but he didn’t pick it because of culture of not accepting calls from unfamiliar callers. The call came in a second time, Ikenna intuitively decided to pick, not ready to entertain any preambles. The tone of the voice of the caller sounded feminine, though Ikenna was not ready to be swayed by the softness of the voice, rather to hear the message. The caller kept it short and simple.

The intention of the caller was to inform him that he was part of the winners of the 30 winners in the maiden edition of the First Bank of Nigeria Limited Xplore first account promotion with N5000 credit to his account. He didn’t believe this message initially, because people had been swindled through message of such. Therefore, he switched off his phone and headed to the first bank branch nearest to him for confirmation and the message was confirmed to be true. Ikenna’s story is one out of youths who have benefitted from the bank in the Xplore first promo.

The XploreFirst promo is one of the special benefits of the account. Customers are offered yearly scholarships of N150, 000 as incentives to maintain a certain amount of deposit, in this case, N5, 000 in their account over a 30-day period to qualify for the monthly draws and giveaways. Customers would successfully maintain the set balances over the 6 months period are eligible to win the jackpot of N150, 000.

XploreFirst is a FirstBank savings account variant designed specifically for students between the age range of 18 – 29 years. A minimum amount of N1, 000 is required to open the account and account holders are to maintain a minimum balance of N200 to run the account.

As seen in most cases, the target audience usually prefers accounts with zero account balance over those that require minimum deposits. The purpose of this promo is to grow account balances for the Bank as well as fulfill the product promise and entice customers with the opportunity to win the scholarship.

Speaking at the raffle draw of the FirstBank XploreFirst account promo, the Team Lead Liability Product, First Bank of Nigeria (FBN), Maxwell Ezenwa, noted that the bank has just began with the inaugural draw in 2018 and for the monthly draw, the customers are expected to win N5000 airtime credit.

“We just started with the first inaugural draw in 2018. For the monthly draw, the customers are expected to win N5000 airtime credit. So 30 of these account holders have benefitted from these initiatives. You can also see how we have tried to spread it because First Bank is pan Nigeria and it is international,” he noted.

He also stated that with over 700 branches, the bank has tried to spread the initiative across the six geopolitical zones of the country which the bank is present.

Ezenwa noted that from each zone, they produced five winners, thereby bringing the total to 30, adding that for the next six months the bank would continue in this direction rewarding winners, “the promo would end in grand finale draw that would enable winners to win N150, 000.”

According to him, “This is the maiden edition of the raffle draw for this segment. As far back as 2008, the bank has been running promotions on savings. But this year, the bank decided to break it down to favour the youth population. This is why we singled out this very product which is xplore first and customers that open this account open it to this reward scheme. The bank actually has three different types of account for the youth segment.

“What we hear other players in the industry do is the usually method of rewarding customers. But we try to segment the market and we have come down to this segment which is the youth segment and most are University undergraduates. Our expectation is that this initiative is going to return a lot of impact to the bank, in terms of customer acquisition, customer retention and brand visibility. The bank has done a lot since 2014 in our engagement initiative to come with the understanding that as big as the bank is, first is still nimble.

In his remarks, Group Head, Products and Marketing Support, FBN, Abiodun Famuyiwa, noted that as a bank they believe in investing in the youth segment of the market, adding that youths are the hope of the country, therefore the bank has devised a platform where they would be able to interact with them.

He also noted that the focus of the bank in organising the promo is to have more of the youths in the bank’s database, stating that traditionally, people see the first bank as the bank for the old people.

Famuyiwa expressed confidence that the bank is committed in having many of the youths open accounts with them and fill the bank “because first bank is a youth friendly bank, and we have so many products focused on the youths.”

He noted that the promo has been ongoing for years, and this was the first for the session, noting that it is going for six months; “this is the first month, out of the six months. In December, we followed at the qualifying candidates.”

According to Famuyiwa, “As a bank they believe in investing in the youth segment of the market because we believe that they are the hope of the nation, therefore noted that the bank has devised a platform where they would be able to interact and the focus of the bank in organising this programme is to be able to be have more of them in our books.

“Traditionally, people see first bank as old bank for the old people. When look at our database, we realise much of the youth population than the other banks. We are not there yet; we still want to have more of them. We want to have many of these youths opening accounts with us, and be able to fill the bank because first bank is a youth friendly bank, because we have so many products focused on the youths. We have a drive towards digitalisation presently in the bank. The promo runs for six months (October to March 2019).

“We have been doing this promo for years. What I mean by inaugural is that this is the first for this session. It is going to be six months; this is the first month, out of the six months. In December, we followed at the qualifying candidates. Then we picked one of them just like it is done in a draw. A draw will be conducted in the six geo-political zones, and winners also will emerge. The same will be done for January, February and March. On the six month, which is March, we will have the grand finale.

“Through this programme, we want to encourage youths to participate in the products which we have available such as this. Most of our solutions are now digitalised; being this is where the youths like to play. The whole essence is that for any youth that has had account with us, and his able to save N10, 000 minimum in his/her account for that month, automatically qualifies for this draw. The draw will be done and among the qualifying candidates in the six-geo political zones, five candidates will emerge in the six geo-political zones, meaning we have a total of 30. By the time, we have 30, the first phase each of them will have a price of N5, 000 credited to their accounts which they can use to buy recharge cards which is very valuable for them.”