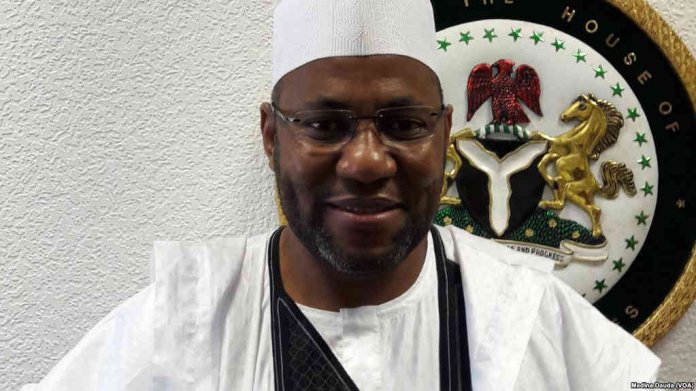 Ojonigu declared Senator Babba Ahmed Kaita of the All Progressives Congress (APC) winner of the Katsina North senatorial elections with 339438 votes. Kaita who is being returned for another term defeated his closest opponent of the Peoples Democratic Party (PDP), Alhaji Mani Nassarawa who scored 127529 votes, while the candidate of the Accord Party, Hon. Lawal Nalado polled 14152 votes.
The Returning Officer said total number of registered voters in the district was 946538, while accredited voters stood at 503798. Valid votes cast at the election was 469127. The number of rejected votes was 12478. In all total votes cast was 481605.
In a related development, the INEC Returning Officer for Daura/Sandamu/Mai Adua Federal Constituency, Dr. Babangida Umar also declared Fatiu Mohammed of the APC as winner of the federal house of representatives election in the constituency.
He declared that Mohammed scored 94730 votes to defeat the PDP candidate Usman Tela who scored 25114 votes.
According to him, total votes cast in the election was 123179. Number of rejected votes stood at 8329.