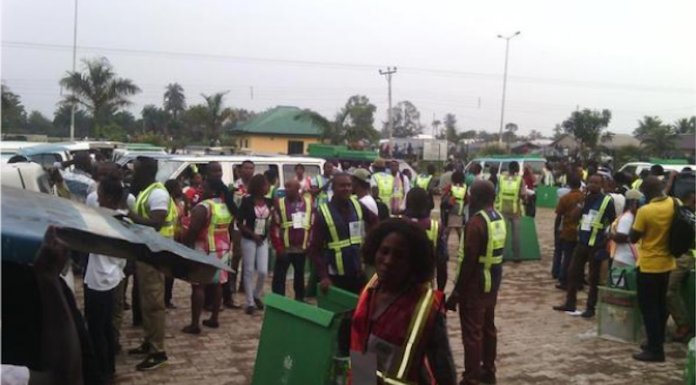 Violence has erupted in parts of Rivers State in the ongoing presidential and National Assembly election.

The All Progressives Congress (APC) has alleged that one of its chieftains and former chairman of Andoni Local Government Area of the state, Chief Mowan Etete, was killed alongside his elder brother and also his cousin in Asarama.

In a statement issued by its Publicity Secretary, Chris Finebone, the party also said one of its ex-officio members of the state Executive Committee, Ignatius, was also shot dead at Ajakaja, also in Andoni by suspected political thugs.

The police have not confirmed the deaths yet.

Heavy gunfire has also been reported at Abonema, headquarters of Akuku Toru Local Government Area of the state.

No casualties have been reported but THISDAY gathered that many voters were scared away from polling stations.