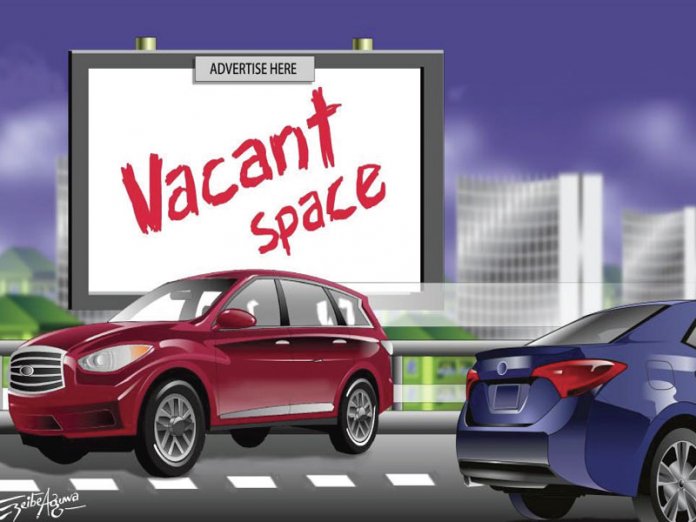 As stakeholders in the creative industry set for the African version of the Advertising Week, Raheem Akingbolu reports that the event will be an ideal platform for the continent to tell her story and project her businesses.

To creative and communications experts, one of the major challenges facing the African nations is leaving their stories for others to tell. As a result of this, concerned individuals and groups in the marketing and communication sector have consistently called on head of governments and businesses in various African countries to have a common front to tell African stories rather than leaving it for foreigners. It is also believed that such platforms will provide opportunities for players in communications related fields to share ideas and explore opportunities.

After many years of expectation, promoters of the Advertising week, in December last year, announced that an African version would berth in Johannesburg, South Africa, this year. Advertising Week is believed to be the world’s largest annual gathering of advertising, creative, entertainment, marketing, media and technology industry leaders in today’s market. The African edition is expected to unite the continent with other cities that have hosted the global event like London, Mexico City, New York City, Sydney and Tokyo.

According to the organisers, a global partnership has since been instituted with Nelson Mandela Foundation, to create new employment opportunities for young people to cushion the effect of poverty in Africa. While the event will be led globally by Stillwell Partners, a group of eggheads from Republicom, a group of six market-leading companies working together to deliver 360-degree integrated marketing, advertising and creative services, led by Tunji Adeyinka, Tosin Lanipekun and Eyitayo Olayemi, will be on ground to overseas the Johannesburg leg of the Advertising Week. To work with them are 31 additional members of the Advertising Week Africa Advisory Council, drawn from various countries and business organisations.

Since 2004 when it was founded by Matt Scheckner and Lance Pillersdorf, Advertising Week has evolved into the #1 business-to-business event in New York City, cutting across all industries and has expanded rapidly across the globe replicating its signature formula blending thought leadership on the business of the business by day and show business by night. The Week now enjoys a global footprint with editions in London (7 years), Mexico City (2 years), Sydney (2 years), Tokyo (4 years) and now, Johannesburg. Via AW360, Stillwell has extended the thought leadership platform beyond the events onto smartphones and tablets year-round as well as year-round education and continuing professional development via AWLearn.

On the choice of the hosting city for the maiden African edition, the Chief Executive Officer of Advertising Week, Matt Scheckner, had stated in a statement issued in December last year that the selection of Johannesburg was the culmination of more than two years of developmental work, adding that it was grounded in a strategic positioning to create and execute Africa-wide participation and presence.

“From female entrepreneurs in Kenya to start ups in Ghana to a broad spectrum of digital innovation out of Nigeria, there is a unique opportunity to unite the continent and leverage our platform to tell incredible stories from all corners of Africa. This one has a higher purpose.” he said.

Opportunities
Beyond the need for entrepreneurs and start ups in various countries to leverage the platform for positioning, the Group Managing Director of Republicom Group, Tunji Adeyinka, GMD, stated during a stakeholders’ interactive session in Lagos, on how best to approach the international event, that it has potential to enhance the knowledge of the industry. He also stated that the event would give Africans the opportunities to tell their authentic stories.

“We have seen that across Africa, there is a deficit in talent within the industry: the industry is not attracting as many young people as it should in the competition for talent. Thus, as Republicom group, we see advertising week as a platform that has a potential to enhance the knowledge capacity of the industry. Besides, Advertising Week will provide a great platform to tell authentic African stories and showcase the great marketing and technology innovations and breakthroughs that have come out of Africa” he said.

In an exclusive interview with THISDAY, a CEO with Republicom UK, who also doubles as Director of Advertising Week Africa, Tosin Lanipekun, described Advertising Week as a global industry event and thought leadership platform that will impact on players in the advertising, technology, media and other related fields positively.

“I have just attended an advisory council meeting in Lagos and I was excited with the preparation and readiness of our people to be part of this global event. What is being put together transcends traditional industry conferences with its combination of global industry thought leaders and ‘A List’ starts from Sheryl Sandberg, Arianna Huffington to Kanye West, Trevor Noah and Puff Daddy. What we conceive is a good mix of thought leadership by day and entertainment and business of show business at night. Besides, there will be photo lunches, dinners and awards that resonate well with the industry. This award will recognise those who are making impact in the industry from various parts of the continent,”

Though an African event that is positioned to allow Africans to speak loud of their continent from the rooftop, Lanipekun argued that it has supreme relevance in Nigeria because of the strategic position of the country in Africa. He also pointed out that the event will help brand owners to interact with one another and customers across the globe.

“In Africa, we struggle with intra-country and intra-region but with Advertising Week Africa, business owners have gotten an already made platform to showcase products and services. With the maiden African edition holding in South Africa, we are moving ahead to galvanise support from other African countries so that it will be all involving event,”

While disclosing that the event has gotten the buy-in of different sectoral bodies of the Advertising Practitioners Council of Nigeria (APCON), companies, media organisations and similar bodies in Ghana, Kenya and other African countries, he expressed his confidence that the event would foster good business, education, marketing and networking relationship among the participants.

“This is the premier event for leaders from the advertising, marketing, media and related creative industries. By hosting the African version of the global event, Johannesburg will join New York City, London, Tokyo, Mexico City and Sydney as Advertising Week host cities. Each edition of Advertising Week presents endless opportunities to learn, network and engage in conversations about the many issues, opportunities and challenges facing the industry today. For any business organisation that want to do business outside its country, advertising Week will be a launch pad.

This is possible because it will bring together participants, drawn from the client, media, technology and broader cultural communities, while focusing on the key business drivers which shape and influence the global industry. Of course it will also create a global platform through AW360, to tell African success stories all year round to a global audience of influencers and opinion leaders. We are starting in South Africa but expounding to the broader continent,” he added.

Reason for African edition and Expectations
Speaking on what informed the decision to settle for African now; Lanipekun explained that the continent was though long overdue for the event, the promoters concluded to hold it now because of the belief that it is well positioned to provide answer to various socio-economic problems facing Africa.

“Though it ought to have held in Africa but even at that, bringing Advertising Week to Africa now is timely, considering various challenges facing our people. With it, stakeholders will be able to access where we are coming from and the likely future. Experts, drawn from various countries will dissect activities of many sectors to know where the shoe pinches,”

He also pointed out that there are a lot of creativities, technologies and ideas coming out of Africa that needed to be shared with the rest of the world.

On what participants should expect from the event, Lanipekun stated that the immersive daytime programming will be made up of over 50 seminars and workshops that focus on the industry’s most relevant topics and trends. He also pointed out that the award that will come with the event is different from what practitioners are used to as it would reward organisations that are solving common problems in Africa, especially as they concern youth development and empowerment.
“In the awards that will come with Advertising Week, we may not look at the campaigns but the messages they pass and the impact they make in impacting the society on perhaps gender balance and other developmental issues or creation of talent pipelines for youths,”

Advertising Week President, Lance Pillersdorf, had earlier stated in a previous statement that the African version was inspired by the 2018 centenary of the birth of Nelson Mandela, to partner and create new initiatives to elevate the global conversation around uplifting those in poverty and create enhanced education and ultimately, employment pathways.

“It will create access to education and internships which bring the digital economy to those who historically are shut out of such opportunities. Indeed, it is a key driver of what we are doing with Advertising Week,” he added.