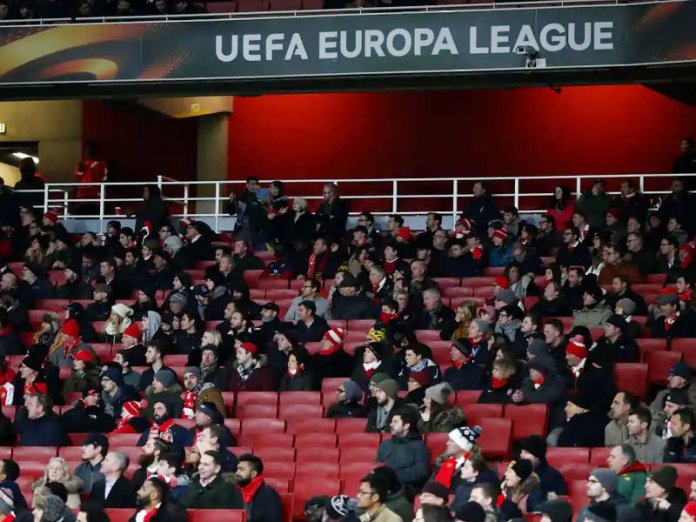 The Gunners host BATE Borisov at the Emirates Stadium as they look to overturn a 1-0 deficit and advance to the last 16 of the competition.

However, many fans will struggle to attend the game due to the awkward kick-off time.

AST has subsequently written to UEFA to complain, describing the situation as ‘unacceptable’ and criticising the governing body’s treatment of fans.

The letter read: “This is a totally unacceptable and inconvenient kick-off time for a vast number of Arsenal fans who have to travel to the game after work from across London, the South East and further afield.

“The result will be a huge number of empty seats. This is both unfair on Arsenal supporters and will lead to a poor atmosphere in the stadium.

It adds: “Increasingly we are seeing TV companies dictate the kick-off time and the actual match-going fan becoming more and more of a secondary consideration.

“But this forthcoming Europa League match takes things to an unprecedented new level.”

Arsenal fans are reportedly liaising with other football supporters about the prospect of a unified protest against 5.55pm kick-offs.

Fellow Londoners Chelsea also in action on Thursday night, but their clash with Swedish club Malmo does not kick off until 8pm.

Arsenal will be without the suspended Alexandre Lacazette for the round of 32 tie, while Aaron Ramsey is fit following a knee injury and Mesut Ozil could be recalled.