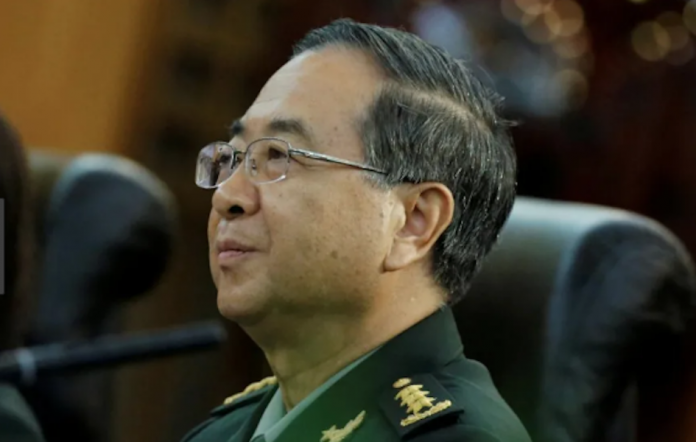 A Chinese Military Court sentenced a Senior General who had been Chief of a top Defence Department to life in Prison on Wednesday.

He was sentenced after he was found guilty of corruption, state news agency Xinhua reported.

China’s military, which is the world’s largest and is in the midst of a modernisation campaign, has been an important focus of President Xi Jinping’s battle to stamp out corruption.

The senior general, Fang Fenghui, who had accompanied President Xi Jinping to his first meeting with U.S. President Donald Trump in 2017, was replaced as chief of the Joint Staff Department of the People’s Liberation Army later that year with no explanation.

The government later confirmed he was being investigated on suspicion of corruption.

Fang was subsequently replaced as a member of the Central Military Commission, headed by Xi and which controls the armed forces, at a five-yearly Communist Party congress in October 2017, as part of a sweeping military leadership reshuffle.

Xinhua said a court martial had found Fang guilty of bribery and was found with huge wealth that he had been unable to account for.

His illicit assets will be confiscated and given to the government, it added, without elaborating.

It was not possible to reach Fang for comment as he is in jail.

It is unclear whether he was allowed to retain a lawyer or who that person may be.

12 officers have been investigated and jailed, including Xu Caihou and Guo Boxiong, both former vice chairmen of the Central Military Commission.

Xu died of cancer in 2015 before he could face trial.

Zhang Yang, who served on the commission alongside Fang, committed suicide in November 2017 while being investigated for corruption and over his links to Guo and Xu. (NAN)