The Commissioner of Police, Mr Bashir Makama, disclosed this while briefing journalists on the security situation in the state before the postponed elections.

The commissioner of police, who was represented by the Police Public Relations Officer in the state, DSP Macdon Odiko, said the 10 suspects were arrested on February 15, being the eve of the elections at about 10:05pm.

He explained that the hoodlums during the period attacked with machetes and killed one unknown person at the Obot Akara Local Government close to INEC office.

He said: “Furthermore, on February 15, 2019, the eve of the 2019 general election, at about 10:05pm, hoodlums at Obot Akara Local Government Area, close to INEC office, machete and killed one person whose identity is unknown, burnt eleven (11) buses and vandalised two.

“The Command acted swiftly and arrested ten (10) persons in connection with the crime, and the following exhibits were recovered; two locally made short guns, twenty five (25) live cartridges, weeds suspected to be marijuana, two machetes, charms of different types.

The police commissioner said that the 10 suspects arrested would be transferred to Force Criminal Investigation Department for more discreet investigation.

Similarly, he said on the same February 15, the command apprehended 41 persons at Angeline Hotel opposite Dove International School, Uyo, who came from Bayelsa, Delta and Ondo.

He said that the arrested persons claimed to come to the state as observers for the 2019 general election.

However, the commissioner said the 41 arrested persons could not give any proper or reasonable identity of themselves and had no INEC identification tag.

Makama said that more investigation was ongoing to determine their true identity and purpose in the state.

He also said that on the same February 15, another 20 persons were nabbed at Ukanafun, who were brought in from Rivers by one Uduak Dick (M) of Ikot Akpan Nkuk, who were lured into the state on the pretext of attending a burial of Lance Cpl. Udo Essien of the Nigerian Army.

The commissioner added that on February 17, the command apprehended two suspects, who confessed to be political thugs hired from Ukwa village in Odukpani Local Government in Cross River State by unidentified politician.

He urged politicians to play the game according to the rules and advised party supporters to conduct themselves peacefully during the general election in the state.

He assured the people that the police would remain non-partisan, apolitical, neutral and was committed to free, fair and credible elections in the state.

Speaking to newsmen, one of the suspects from Bayelsa, Okoroda Scaine (M), said that the 41 of them came to Akwa Ibom as election observers under Society for Advancement for Credible Leadership and Observation.

“I am Okoroda Scaine from Bayelsa, we all submitted our passports to Society for Advancement for Credible Leadership and Observation. This is an organisation that is registered and accredited by INEC for the elections.

“We were told that our names were sent to INEC and we will likely monitor the elections in Uyo here. We came on Thursday to confirm if our names were there or not. We were in the room at Angellyn Hotel when we were arrested at about 3 am on February 15.

“We were lodged into the hotel by one Berafa Bedfon, who we cannot reach now. We are 41 in number, and our intention was to come to Akwa Ibom and check if our names were there,” he said. 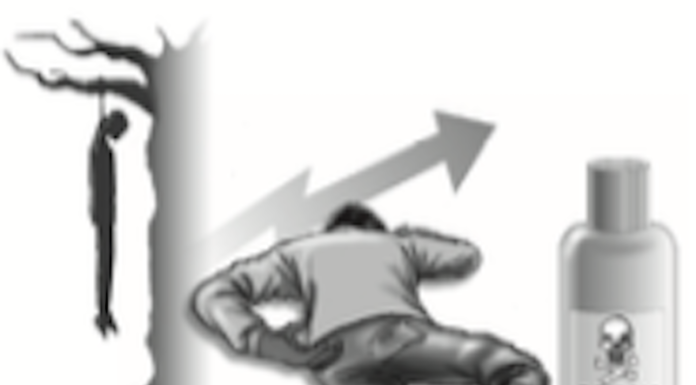