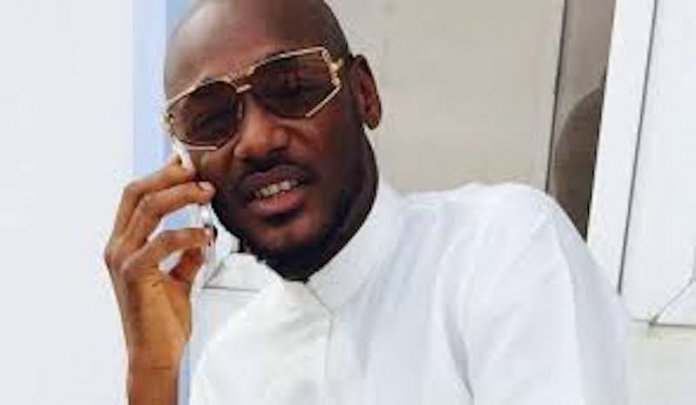 Just when the world thought that superstar singer, Tuface Idibia, had eschewed his past life of serial philandering that led him to have children from multiple women, and had become a responsible husband and family man, he gave his fans cause for worry days back when he posted a couple of cryptic tweets symptomatic of trouble in his marriage to actress, Annie Macaulay. The mother of two had first posted on her Instagram story, “Due to unfortunate circumstances, I am awake,” adding a while later, “Be picky with who you invest your time in, wasted time is worse than wasted money.” Not long after, Tubaba, as he prefers to be called now, tweeted, “I am sorry to say that I have f*cked up so much. I have f*cked up as a role model, as a father and as a husband. Annie, I’m sorry, I know you tried your best.” Prior, both were the ideal celebrity couple, exchanging love messages on social media and appearing together in public as their schedules permitted. So adorable is the couple that the Coca Cola Company used them and their brood for its ongoing Mama Di Mama campaign. The shock of their eerie tweets thus put many on the edge of their seats.

While many fans think it could be a publicity stunt, others opine that only an angel can put up with the singer’s philandering ways. Indeed, apart from his immense singing talents, Tubaba achieved another level of fame with his libido, impregnating several women and birthing along the line about eight children. Just recently, he was the cynosure of eyes at a popular club in Lagos and trending topic on social media when Pero Adeniyi, the mother of three of his children and socialite daughter of businessman, Jide Adeniyi of Poatson fame, had a public reconciliation with Annie who supposedly usurped her in the life of the Benue State-born singer. Nigerians thought they had moved on from the Pero/Tuface drama until recently when a viral video of Pero, in a crowded Lagos club, surfaced, hugging and cuddling Annie, Tuface’s legitimate wife, with the latter, hands clasped, muttering repeatedly, “I am sorry.” Tuface later joined the tear-filled scene and also broke down in tears as he was cuddled by Pero who stonily told him to get a grip of himself. His other baby mama, Sumbo, is now married to a pastor. Pero came to limelight as the wife of a New York-based businessman, Tunde Borokinni. She would attain a different kind of social acclaim when she dumped him to become Tuface’s lover.

Together, they have three kids. Their stormy relationship hit the icebergs due to her rumoured domineering nature among other factors; Pero dominated the love life of the singer so much that he was said to live in constant fear of her whether or not she was around. At the height of his fame, Pero once accosted him in public to make certain domestic demands. When the heat became too much, especially as Tuface went on to father other kids by other women, Pero relocated abroad and bade the singer and his baggage goodbye. Tuface went on to surprisingly marry the actress, Annie, further ripping into pieces Pero’s tender heart. Not much was heard from Pero until a few years back when her mum was down with a kidney ailment and it behoved her to donate one of hers which she did. It’s been two years since the successful transplant and mother and daughter are alive and hearty to tell and retell the story.