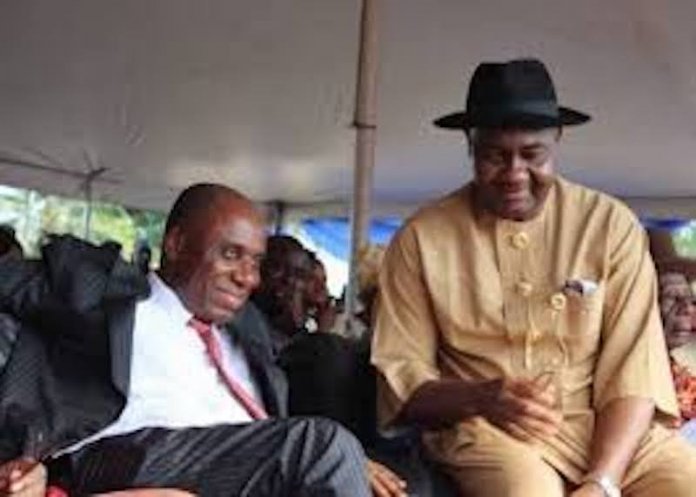 The fight-to-finish in the Rivers State chapter of the All Progressives Congress (APC), which led to last week’s Supreme Court judgment that barred the party from fielding any candidates in this year’s general election, might have come as a bitter lesson for all, especially the nation’s political gladiators.

On the surface, it would seem like the pronouncement of the Supreme Court barring the Rivers State APC from fielding candidates in the elections had handed the Peoples Democratic Party (PDP) and its candidate, Governor Nyesom Wike, an easy victory, but the APC has itself to blame for it.

It sounded absurd, but the party has by its in-fighting and inability to embrace collegiate leadership, where decision-making is collective, recorded an inglorious feat, as the first ruling party not to present a single candidate in a general election in a particular state.
This will go down in the nation’s democratic culture just as it will rub off negatively on the political careers of both the Minister of Transportation and leader of APC in the state, Hon. Rotimi Amaechi and the senator representing Rivers North-east, Magnus Abe.

It is arguable that this is what you get when leadership is intolerant. But interrogating the Rivers APC debacle further revealed that the two main gladiators, Amaechi and Abe, have their faults and share the blame of the misfortune that has befallen the party in the state, although Abe gets more blame for deciding to burn down the house he belongs for whatever reason, least of all because he was being shut out.

It is not difficult to glean that Amaechi’s leadership style was a challenge on the whole. It is the same with many political leaders across the nation’s six geo-political zones. Therefore, Amaechi is not alone. He only just got his fingers burnt.
Unfortunately, he is a classic beneficiary of all that is wrong in being a totalitarian. Former president Obasanjo demonstrated same dictatorial tendencies towards Amaechi in the run-up to the 2007 election, Amaechi rebelled, approached the courts and he won back his stolen mandate.

The Supreme Court had recently upheld the order of a Federal High Court, Port Harcourt, Rivers State, nullifying the APC primaries in Rivers State. The trial court held that the primaries were held in disobedience to a court judgment barring the party from conducting congresses pending the determination of a suit filed by 22 aggrieved members of the party.
The ruling of the apex court set aside that of the Court of Appeal, Port Harcourt, which in October upturned the interlocutory order of the high court.
In a lead judgment delivered by Justice Sidi Barge, the apex court had held that by virtue of section 11 Rule 5 of the Supreme Court rules, the appeal against the High Court ruling, having been withdrawn by the APC, was bound to be dismissed.

Barge had said, “It is my considered opinion that this appeal must be given a decent burial. The appeal having been withdrawn at the lower court by the respondent, it is deemed distilled.”
The matter leading to the verdict dates back to 2013 or thereabout. That was shortly after Amaechi defected to the APC with his political structure as the incumbent governor of the state. At the time, Abe was the Secretary to the Government of River State and was eyeing the governorship. But after some horse-trading, which saw Peterside Dakuku emerging the governorship candidate, he was handed the Rivers North-east Senatorial seat on the APC platform.

However, immediately after the 2015 elections in which APC failed to win the governorship but which Abe was lucky to have won his election, Amaechi had allegedly enjoined every party member to temporarily suspend their political ambition and concentrate on building the party into a formidable force capable of conveniently wresting power from the PDP and Governor Nyesom Wike in the state.

Abe would have none of it and surreptitiously went about building a structure of his within the party, with which he planned to vie for the party’s governorship ticket come 2019 because he thought Amaechi would not support him. A few meetings were reportedly held with the objective to douse the tension but he stuck to his guns as would Amaechi.

Matters, however, reached a head when Amaechi stormed Abe’s residence sometime in 2017, where he allegedly confronted him in the presence of his wife and him Abe off in the present of his wife.
Abe’s sympathisers contended that the move was needless and that it was the last straw that rendered the camel invertebrate. But going forward, the senator decided on an all-out war with his former leader and close associate. And thence began the war of attrition and the fight to the finish that has caused the party so dearly.

Amaechi’s fault stemmed from his refusal to embrace a collegiate leadership style, where all the leaders are involved in decision-making and more importantly, allowed some measure of control of their areas of influence. Critics believed his handling of the crisis could have been better.

Truth be told, Amaechi should not have completely alienated Abe from the party’s activities and primary process even as some observers reasoned that it was wrong of him to have conducted the party’s primaries against the ruling of a court of competent jurisdiction, regardless of being a lawyer or not.

Abe also comes in for some blame. By his refusal to abide by the agreement to first grow the party before any consideration of personal ambition exposed him as one who places personal interest above that of the party.
Analysts opined that this remains a major undoing of the nation’s democratic culture and politicians, and the better the practice is jettisoned the better for the nation’s political development.
Abe’s resolve to approach the law courts also signpost his disdain for the principle of party supremacy. The reasonable route to go for any apostle of party supremacy would have been to approach the party hierarchy rather than the courts.

In trying to absolve him of the charge of ignoring principle of party supremacy, his sympathisers argued that the National Working Committee (NWC) of the party had already sided with Amaechi, adding that Amaechi had even resolved to rub it in by adopting the winners take all approach often preferred by the nation’s political gladiators.
Even then, it is foolhardy on the part of Abe to be hell-bent on destroying the party in the state just to spite Amaechi. He forgot so soon he was no one without the party but now he knows better.

Interestingly, Abe’s resolve to humble the party further swelled the conspiracy theory that he was in bed with Governor Wike in executing the plot. The allegation draws plausibility considering that the tactic of inserting fifth columnists within the ranks of rival political parties is not new in the nation’s party politics.

During the administration of former President Olusegun Obasanjo, PDP had recruited the National Chairman of the Alliance for Democracy (AD), Ambassador Mamman Yusuf as its mole. The PDP was believed to have deployed the same trick on the All Peoples Party using Don Etiebet when he was the party’s National Chairman.
In the recent past, the PDP had alleged that former factional National Chairman of the PDP, Alhaji Alli Modu Sherriff was a mole of the APC planted within its fold to destabilise the party. Time will tell whether Senator Abe fought an altruistic battle or not.

The days ahead will reveal what his motivations were even as the conspiracy theory included that Abe and Wike had struck an agreement on how to reward the former for his role, besides the latter footing the legal fees of the protracted legal battle.
According to those bandying the theory, Wike had agreed to concede a handful of commissioner slots to Abe in his second term cabinet, and that sooner than later, Abe would dump the APC for the PDP and coalesce his political structure into the PDP ahead of 2023, when he would be allowed to actualise his ambition to govern the state on the platform of the PDP.

Ultimately, the actions of Hon. Amaechi and Senator Abe will have far telling implications for the fortunes of the APC in Rivers and the political development of the state.
One of the implications of their ego-fuelled political battle is that it would deprive about 50 aspirants of the APC the opportunity to test their popularity with the electorate in the state even as the electorate will be denied the chance to vote for their preferred candidates, who belong in the APC.

Of all, that amounts to plentiful dashed hopes and dreams. It is also capable of turning the state into a one-party state.
Going by the nature of the nation’s politics where the multitude often gravitates towards the ruling party for patronage, it stands to reason that many of the foot-soldiers of the APC in the state would dump the party after the general election when political patronage is hard to come by.
Even if the APC wins at the presidential election, a quest to which the actions of the duo has dealt a severe blow in the state and in the South-south, it is left to be seen how Amaechi will accommodate all political actors from the state needing political patronage.
In the final analysis, what Amaechi and Abe have done will tell on the outcome of the presidential election in the Rivers State, which in any case the APC does not stand any chance of winning.