The Ekiti State Government on Thursday shut down a radio station named Our People’s FM 104.1FM for non-compliance with building erection regulation in the state.

The station located at Fajuyi area of Ado Ekiti was believed to belong to former Governor Ayodele Fayose.

The General Manager of the station, Mr. Layi Oyawa, accused the security agencies of ‘slapping’ and manhandling him after they forcefully entered the premises to enforce the closure order.

The staff of the Ministry of Lands, Housing and Urban Development, alongside policemen from the Counter Terrorism Unit (CTU), besieged the one-storey twin building around 9.38am to paste the notice of closure on the wall.

The enforcement staff and the CTU operatives entered the building and ordered the workers, led by Oyawa out of the premises, which led to a confrontation between the station’s GM and the Permanent Secretary in the Ministry of Lands, Mr. Ademiloye Fasiku.

As the argument rages, the policemen ascended the staircase and ordered the staff to switch off the transmitter, saying the property has been shut down for contravening the building development order.

The Economic and Financial Crimes Commission (EFFCC) had last year confiscated the building on the premises that it was fraudulently acquired by the former governor but was later reopened after the case was taken to court.

Speaking with newsmen, Fasiku said four letters had allegedly been written to the station on the need to comply with some laid down regulations, but the directives were ignored.

Fasiku said: “We are here basically to enforce compliance with urban development plan of government. We have given them notices but they never responded. We asked them to submit their approved plan for clearance, but nothing was done.

“Application was submitted to the ministry on 7th September, 2018 by Mr. Olusola Michael Adeyinka with the title ‘Application for Mast Construction’ without indication to use the property for Radio Station.

“The second application by Finger Print Consult Associate also failed to mention Radio Station as part of its proposals. The ministry was able to deduce out the use which the applications were meant for through the working drawings, further observations from the filed documents obtained from the ministry are in tandem with the ministry’s
recommendation as listed below.

“Following this discrepancies, a penalty charge of Nine Hundred and Eight Five Thousand Naira only (N985,000) was recommended but was not paid.

“We therefore recommended that since the developer of People’s FM Radio Station has decisively failed to mention in any of the submitted applications, the original intention to use the development for radio station and not for mast only, failed to comply with the ministry’s directive to stop further activities on the site but went further with broadcasting operations. It is expedient for Ekiti State Government to give a directive to the appropriate MDA to effect the closure of People’s FM Radio Station as deterrent for other defiance who may want to undermine the laws of the state.”

The station’s GM Oyawa described the alleged gestapo manner with which the station was closed down as unfortunate and brutish.

“They police and the staff of the ministry slapped me. They assaulted me and tore my suit. This is uncalled for. They said they wrote notices to us, who did they address it to? From whom did the letter emanate?

“The only letter I got was from the Signage and Advertisement Agency. Why is this coming at this time? However, we are going to address it the legal way,” he said.

Also responding, Fayose, in a statement by his Media Aide Lere Olayinka said the action was carried out as a prelude to the alleged rigging the All Progressives Congress (APC) intend to perpetrate in Saturday and March 2, advising Governor Kayode Fayemi to stop acting like a tyrant.

“The same Fayemi, who operated an illegal radio during the Abacha days could get to this level of tyranny. This is another sad reminder of the hypocrisy of his claim to have fought for democracy. Obviously, he fought for his pocket and personal survival.

“From the information made available to the public by the radio station, the government requested for payment of N175 million as Signage Fee, which for all intent and purposes, was ridiculous.

“It is sad that Fayemi chose to take laws into his hands by ordering policemen attached to him to invade a private business premises and close it down without order of any court,” Fayose said. 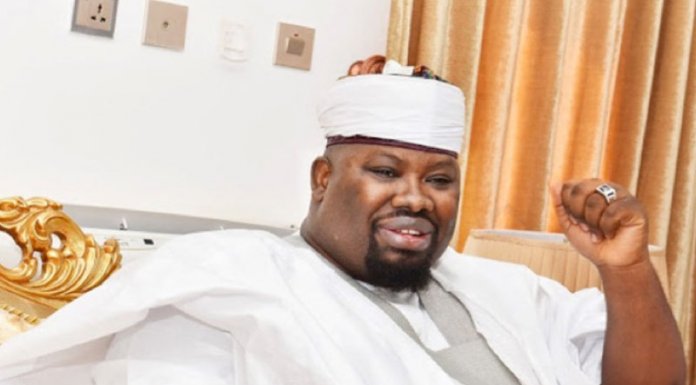