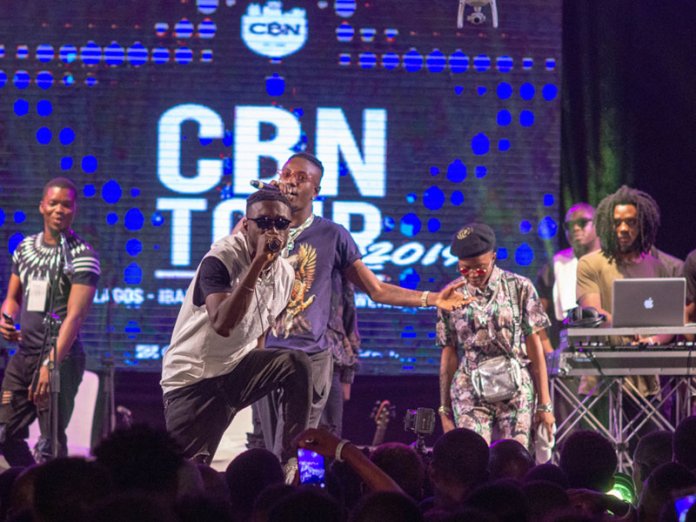 Chocolate City in partnership with OSIWA has concluded the first phase of the Choc Boi Nation (CBN) Tour 2019.

According to a statement by Chocolate City, it was noted that People showed up in large number at the four venues of the tour which were Jos, Abuja, Ibadan and Abeokuta to watch their favorite artists perform.

The statement also noted that the primary objective of the show was to encourage the active young adults in the society who are by law capable to take a more active role in politics by exercising their voting rights in the candidates they believe in.

According to the statement: “The multitude across the 4 locations were thrilled by performances from MI Abaga, Jesse Jagz, Ice Prince, Reminisce, Classiq, Ycee, Taiye Currency,Reekado Banks, Ckay, Blaqbonez, Street Billionaires to mention some.

“The tour was powered by OSIWA – An organization whose mission it is to enable open societies and inclusive democratic governance that are based on transparent and accountable institutions and an active citizenry.

“A shared theory of change between Chocolate City Music and OSIWA is rooted in the belief that IF well-informed citizens are able to increase their participation in decision-making processes and governance structures, processes and regional integration mechanisms are strengthened and function more effectively in the best interest of the society and its people.”