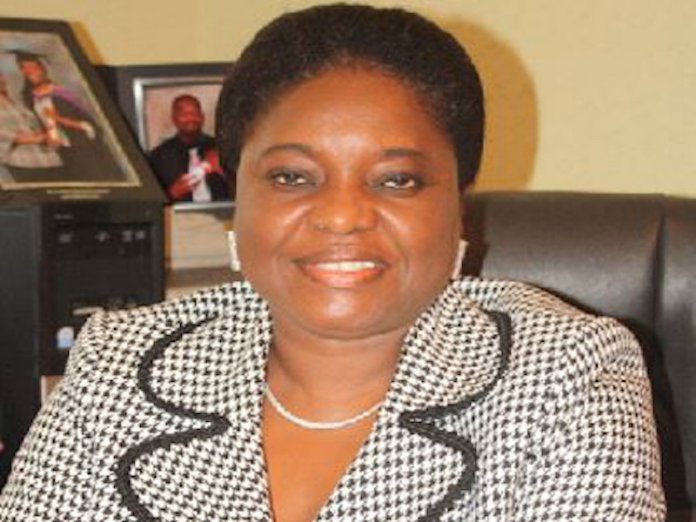 Education is a fundamental pillar in nation-building and to achieve the standard and quality that will put Nigerian students at par with their contemporaries anywhere in the world, the Administrator, Grace School, Gbagada, Lagos, Mrs. Tokunbo Edun said collaboration between government and private education providers is the best way to increase students’ access to quality education irrespective of their backgrounds. Ogechukwu Obi reports

The burden to have an educational system that truly equips and empowers Nigerian students with the needed knowledge, skills and exposure that would make them globally competitive has remained heavy in the heart of the Administrator of Grace School, Gbagada, Lagos.

As an educator with several years of experience in teaching, whose profession has taken her to several countries and continents in search of knowledge, Edun said her aim has been to further strengthen the Nigerian education system to serve as a purveyor for building soft infrastructure and building blocks for a knowledge economy.

For her, the need for collaboration between the government and private sector cannot be timelier than now; what with the rising quality of education and the shift to building a knowledge-based economy around the world. Remarkably, education has been identified as its basic tool; as such, Nigerian children must not be left behind. They deserve the best education, irrespective of their family backgrounds or social economic class.

She observed that the country’s education system has worsened since after independence and recalled that while growing up, someone with a primary six certificate could teach. She regretted that graduates of today often times do not meet the industry need, therefore, bolstering the problem of unemployment in the country.

“The quota system that is being adopted in the country is horrible. It guarantees admission for poorly performed students; inadequate funding also affects the standard of education in the country. Infrastructural facilities are not improved upon by the government.” According to her, the government should not just provide funding for the sector, but it must monitor and supervise the funds to ensure proper allocation and judicious spending.

Stressing that Nigeria has all it takes to run one of the best educational systems in the world, the administrator said Rwanda, a once war-torn country, has shown commitment to building a good education system. She said in the last 10 years, Rwanda has overhauled its education sector. “Sixty per cent of private schools in Rwanda have closed down due to the excessive funding of the education sector by the government. In Nigeria however, private schools have taken over the responsibilities of government,” Edun said.

Lamenting the infrastructural decay in most of the government-owned institutions, she stated that no nation can develop beyond its education system, adding that the bane of the country’s development has been the less priority the leaders accord the education sector, especially through poor funding.

Charting the way forward, Edun said government should consider partnering private education providers in bridging the infrastructural gap in the country’s education sector. She also called on the government to tackle the problem of double taxation and provide some incentives for private schools in the country while effort should be channelled at attracting the best brains into the teaching profession.

“Private schools are actually doing what public schools should be doing. There should be a strong partnership with private schools to extend access to quality education to all Nigerian students. Again, the government should stop harassing us with over taxation which has become a burden for us. For instance, what is the quality assurance policy about?

“Private schools boast of more solid facilities than public schools. All sorts of multiple taxes are foisted on private schools yet all our infrastructures are provided by us. The government should realise that we are stakeholders in the nation’s education sector and be friendly in its dealings with private school owners.”

Edun added that government should focus on upgrading infrastructural facilities; ensure accountability for money released to the sector; engage in proper supervision of the sector; motivate teachers and make teaching an honourable profession so as to attract good brains. “Government should not just release funds; it should monitor its disbursements to the sector. There should be specific projects to promote development through the sector.”

While calling for a change of policy on the management of primary education in Nigeria, Edun said: “The foundation of everything is important and foundational errors are not easily corrected. It should be noted that leaving primary education in the hands of local government is not appropriate because the office holders do not pay adequate attention to improve the standard and quality of education at that level.”

On the role of parents as stakeholders in the education of their children, she admonished parents to create time to closely monitor their children and assist in their academic work. According to her, some parents believe that once they pay school fees, the school should take over completely.

While appealing to parents to be their children’s friends, the school administrator warned that depression is becoming rampant among children. “Children hardly see their parents at home. We have seen cases of drivers asking questions about home work for their bosses’ children. How can a driver suddenly become the one to be monitoring a pupil’s school work? Parents must realise that children blossom more when they are shown love. It is highly expected of parents to do more for their children beyond paying school fees,” she said.

Speaking on the role of teachers in the delivery of quality education, the administrator said beyond the mastery of the subject(s) one teaches, there is need for teachers to adopt effective pedagogical approaches in the process. She said teachers should be specialists in their own fields, whose competences and capability are not in doubt.

On some of the efforts and steps the school had taken to make quality education accessible to Nigerian students at different levels, Edun said her school’s partnership with Loyalist College of Applied Arts and Technology, Ontario, Canada remains a major stride, as it was another approach adopted to broaden the access and support for Nigerian students seeking overseas admission.

“The initiative is aimed at enhancing the opportunities for Nigerian students to access university education and achieve their laudable aspirations. This is a solid partnership to further provide quality education at an affordable rate for parents who want to improve the learning experiences of their children. The partnership provides support for students to accomplish their dreams of schooling in reputable schools overseas.”

She added: “A mini-campus of Loyalist College will be set up in Nigeria for the first year students of the institution; successful students will undergo their first year programme here in Nigeria before proceeding abroad to complete their education.

“We chose Loyalist because of the state-of-the-art facilities and teaching aids which are the most suitable for the training of the 21st workforce. Our collaboration with Loyalist College was the outcome of an invitation we received to visit 10 Canadian universities some time ago. It is without any iota of doubt that Loyalty College distinguishes itself with top-notch facilities.

“The collaboration is part of our strategic steps at reinventing the wheel on a consistent basis to achieve optimum excellence.”

Still on Grace School’s commitment to providing accessible quality education for Nigerian children irrespective of their socio-economic backgrounds, the administrator disclosed that the school’s annual indigent scholarship award was designed to provide succour for the less-privileged in the society. “This is one area that the school becomes socially responsible by helping the less privileged in the society.”

Edun added that the scholarship, worth over N1 million per session per child covers tuition, books, uniforms, boarding fees and pocket money, adding that it also extends to beneficiaries’ university education. “Let me say that over 40 students have benefitted from the awards since its inception in 2004, while over N100 million has been invested in the scheme by the school.

“The scholarships are from SS1-SS3. The scholarship covers the tuition, boarding fees, exams fees, books, uniforms, among others for the entire duration of the senior secondary years. After that, we also support them when they leave Grace School to go to university. We do pay their university fees, accommodation and giving them a monthly stipend for the four or five years at the university. We also encourage them to do the SAT exams, which is also paid for by us. At least two of them have through their high SAT scores won spaces in some reputable American universities.

“We instituted the award in honour of the founder of the school, my late mother, Deaconess Grace Oshinowo and it has become an annual event to support the less privileged in the society.

Highlighting some of the corporate social responsibility projects of the school, Edun disclosed that the school had donated cash and materials towards the upgrading of several schools within Gbagada environs. “There was the provision of furniture (tables, chairs etc.) and books to Gbagada Primary School. This has been a major activity for several years till date. We also powered the school’s borehole with electricity.

“Ajidagan Primary School is our next door neighbour and has been a major beneficiary of our CSR initiatives. The school, which collapsed last year, was reconstructed by our school. We also donated play equipment to the school.