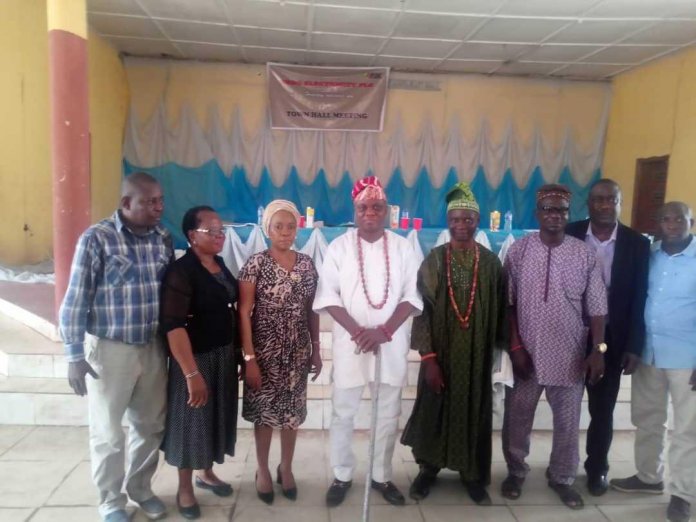 The BEDC Electricity Plc. (BEDC) has restored power supply to some parts of Benin metropolis after the recent outage which reduced supply to major parts of the city up till December 2018. The restoration was made possible by the release of one replacement transformer by TCN out of the two TCN Transformers that have in out from October 2018.

In a statement by its management yesterday, BEDC said the power outage was due to the failure of two out of the three Transmission Company of Nigeria (TCN) power transformers wheeling power to BEDC for distribution to customers in major parts of Benin metropolis.

“Power availability in several locations is thus now restored to between 6 and 24 hours based on the normal load management schedule. In addition, some of the remaining areas that were still on between three hours and nine hours will gradually be normalised as TCN progress with the restoration of the second TCN transformer. However, an ongoing new construction by BEDC from Ihorbor through Uteh and Ikpoma Dam into Benin metropolis has been concluded and this will further help to improve supply into Benin metrolopolis,” the company said.

BEDC explained that while the initial outage lasted, it had to, as a stop gap measure, restore power supply at an average of six hours daily availability to most of the affected areas by connecting several of the customers on the affected TCN transformers to the only existing functional TCN transformer in a manner that did not overload the system and to provide supply albeit on limited basis pending when normal supply will resume after the replacement of the remaining faulty TCN transformers.

Meanwhile, the management of BEDC has affirmed that it would continue to improve on service delivery to customers in its franchise states including Edo state. For Edo State in particular, independent investigation done after the recent publication by BEDC, confirms that the reduction in supply to Benin metropolis occasioned by the failed 2No 60MVA TCN power transformers has been partly addressed by the replacement of one of the failed transformers by TCN.

“We are pleased to inform our customers that based on the concerted effort of TCN and BEDC in conjunction with several well- meaning stakeholders, one of the TCN replacement transformers which was sourced from another location in Edo State have subsequently been put to use with electricity supply commencing from this source to the affected areas in Benin City”, BEDC said.

The distribution company informed that Edo State alone gets a monthly average supply of 127.31Megawatts of electricity which translates into 43.43per cent of total BEDC supply, based on its nine per cent allocation from the national grid, stressing “this means that Edo State has the highest electricity supply amongst the four states in our franchise areas. We intend to continue to work towards ensuring that various bottlenecks across the power value chain, especially in relation to transmission bottleneck from TCN are eliminated to the benefit of our customers in all our franchise states.”

BEDC says it has been and willing to continue working with the Government and people of Edo State in improving quality and affordable power supply delivery to all:  “As a host community, we shall also continue to support the good people of Edo State in ensuring that an enabling environment that will create jobs and improvement in the lives of the Edo citizens is sustained. It should be noted that Edo State has one of the highest number of prepaid meters all over the country and with the introduction of Meter Asset Provider (MAP) by the Nigerian Electricity Regulatory Commission (NERC), we shall further accelerate the metering of consumers with effect from first quarter of 2019 when the scheme is expected to kick off, in order to rapidly reduce estimated billing.”

The distribution company also declared that the notion that BEDC has not been responsive to community related issues was incorrect, stressing that it would continue to partner with the communities without electricity supply in addressing their challenges provided they follow the necessary steps for engagement, whilst appreciating the country’s limitation in total available power.

‘’It is thus incorrect that BEDC has not been responsive to community related issues, as we have been addressing communities’ related issues and will continue to partner with the State in addressing the challenges of the communities currently without power supply. In Edo State, over 12 communities in Ikpoba Hill,  including (Ikhueniro 1&2), Idunowina, Idokpai also, Ikomi in Uromi business unit, Ugbogui in Okada, Miracle Centre 2 under GRA, Benin and Evboligun in Sokponba area of Benin have been reconnected as at end of November 2018’’.

On the Edo Civil Society (EDOSCO) activities, BEDC said: “Since we started operation, they have been attempting to create serious hostility to our operations at intervals under the veiled excuse of protesting over our service. We are presently in court with them on two cases. BEDC took eight suspects including three EDOSCO members to court in March 2017 for allegedly tampering with electrical fittings, a crime punishable under section 3 (6) of the Miscellaneous Offences Act cap M.17 Laws of Nigeria 2004.

“The suspects are being tried on a second count of unlawful connection, removal, damage, tampering and interference with electric fitting, meters or other appliances (that are property of BEDC) designed to be used for transforming or converting electricity. The action was taken against the backdrop of the disturbance to the power flow to legitimate customers and the overwhelming energy theft through meter bypass and tampering who use it as a cover up to avoid payment of electricity bills, thereby reducing power available to legitimate BEDC customers.

“The other case which is ongoing at the High Court in Benin is the one where BEDC is seeking for an injunction restraining EDOSCO members from occupying BEDC business premises at the Head office, business units or service units in Edo state and disrupting business operations or vandalizing equipment or facilities under the guise of protest, thereby disturbing power supply and services to BEDC’s customers.

“We concede to the fact that they have the right to protest but such must be done within reasonable legal confines and not an excuse for violence or brigandage of any sort.’’ According to BEDC, since it commenced operation five years ago, management has put in place a lot measures that has improved power availability to major parts of Edo State. “We have received numerous positive feedback in terms of testimonials from various categories of customers be it industrial, commercial, residential and communities in our franchise states, including Edo State, based on our bold steps toward improving service delivery. It should be noted that BEDC remains the 1ST and maybe the only distribution company in Nigeria that provides a load management schedule to most of  its customers to enable customers know when they will have power.”

Investigation shows that the following narratives are incorrect and failed reality checks: That BEDC is rejecting power and therefore deliberately not giving Edo people power and that Azura power plant generates 600megawatts of electricity to cater for Edo State use and BEDC is refusing to use it for the State. It was discovered that, like all major power generation stations in the country, all power generated from the Azura Power station in Edo State is going straight to the National grid for use of the whole of Nigeria.

“BEDC cannot control and should not be blamed for this, as it is an official contract between the Federal Government of Nigeria and Azura Power, which has nothing to do with BEDC,” said a statement from BEDC.

Our investigation further confirmed that all the major generation companies in Nigeria have similar Power Procurement Agreement (PPA) with the Nigeria Bulk Electricity Trading company (NBET) which in turn now gives power to respective discos based on the Multi Year Tariff Order (MYTO) allocation.

On the claim that BEDC was rejecting power, the company says it takes its nine per cent allocation from the national grid and that the allegation that it was not giving the state enough power was equally untrue, as over 40 per cent of its allocation or more than fair share of power to the four States (Edo, Delta, Ondo, Ekiti) under BEDC franchise is what is given to Edo in view of its load consumption and network.

“Indeed, though BEDC allocation share is nine per cent, in 2018 it utilized 9.4 per cent, hence load rejection allegation is baseless.”

BEDC had in one of its responses to the Edo State governor’s accusation on the issue of poor power supply, said it was only a distributor at the last mile of the power sector value chain that takes its statutory allocation of nine % from the grid and gives the highest share of slightly over 40 per cent to Edo State. Prior to the recent failure of two TCN transformers, power supply, the company said, had improved considerably.

On Ossiomo Power and Infrastructure Company project, investigation revealed that the proposed project was not being done to give power to the public but to provide power to a few Government offices along Sapele Road, using the NERC Eligible Customer Programme. Amount of initial power of between two to five megawat involved will not have any impact on power to residences or communities in Benin.

“BEDC has also been working with the Government and Ossiomo in this regard, in addition to how to offtake balance power to companies and new zones to be created, but also ensuring that the project is within the ambit of the law, without jeopardizing power supply, cost of power, public procurement process and security to the general public customers. It is noted however that the aspects of the matter that may trespass on the rights of BEDC and its customers was before a competent court of law,” DEDC said.