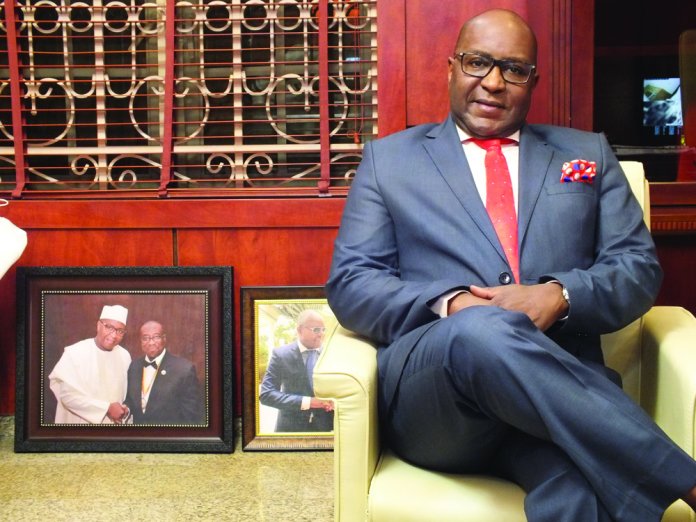 Awwal Garba is a Nigerian and British trained Economist.  He attended the Bayero University Kano, and the City University, London, United Kingdom. He is a major player in the global oil and gas sector and has developed a proclivity for discovering untapped resources within the sector. He has over the years, successfully built his chain of business interests under the Magama Group. Garba is also the Deputy Chairman, APC Progressives Network and Chairman, Game Changers Media. He is a philanthropist and a man in tune with his people.  Deservedly, he has been honoured with the traditional titles of Galadima Talban, and Talban Dan Hausa Daura. In this interview with select journalists, including Olaoluwakitan Babatunde, Garba bares his mind on the oil and gas business in Nigeria, the political terrain, as well as other sundry issues

You are an economist into oil and gas operations, what informed your foray into the terrain?

Apart from the motive of making money, I have an affinity with the oil and gas sector of the economy although I come from a family where the stock in trade was commodity. My father was an importer and exporter of commodity products. I was motivated into the sector by the desire to make a change, especially in the upstream sector of the industry where it is believed that it is only the oyibos (foreigners) that hold sway therein.

Of course also in that direction would be the desire to contribute one’s quota to the national economy, in terms of creating jobs, which of course would help in giving the youths a sense of worth and direction.

Tell us about the APC Progressives Network, which you chair

The network has an endorsement from the All Progressives Congress to promote the president and contribute with ideas. Of course, you would agree that in campaigning you need ideas. Politics is all about people, followers; people who can bring in value. In the same vein, the network tries to reach the grassroots and places the party has not touched, bringing in more value.

What are your plans for 2019 elections?

Does he deserve a second term and why?

Yes, he deserves a second term. First of all, we need a leader who is clean because when the head is clean, the middle and bottom will also be because they would be put in a position where they are wary. But if the top is rotten, then it is corruption galore. We need a leader like Buhari whom money does not mean anything to. A president who is so humble, he can even stand with cows. He is simple, not extravagant, qualities he has officially demonstrated which can be widely attested to. I believe that with him coming back, God sparing his life, he will achieve a lot.

No. I am more on the kingmaker’s side.

Because I enjoy what I do and I believe that political adventure would not allow me the concentration I need on my business operations. I would not be able to achieve set goals by not being on top of them. Besides, no other office really excites me. Being a president of Nigeria would not excite me. I am missing nothing in life.  I love the freedom I have. I can drive myself and travel when I want to, jump on a plane without the glare associated with a president’s office, without the entourage and all the protocol.

Being such a busy person, do you find time to wind down?

When I was in my 20’s, I used to be a gym fanatic and could not do without the gym. I also played polo. The pressure of work increased with growth and time for things like that shrank. So whatever time I can squeeze out now for personal issues, I spend it with my wife and two children. We take the children to game parks when they are on holidays and try to have a feel of their minds by coming down to their level and appreciating them.

What is your advice to politicians as we await the 2019 elections?

We should stop the politics of money and vote-buying. We should allow Nigerians to vote for candidates of their choice without influencing them. It is a disgrace to buy one’s way into a public office. When that happens, you look at yourself as a businessman and begin to fashion out ways to recoup spent money. This is what has been happening for ages. Only a person voted in by merit would think of improving the lives of the people.

‘NASS Uses Its Online Platforms to Showcase Activities Mainly by the Senate President, Speaker of the House’