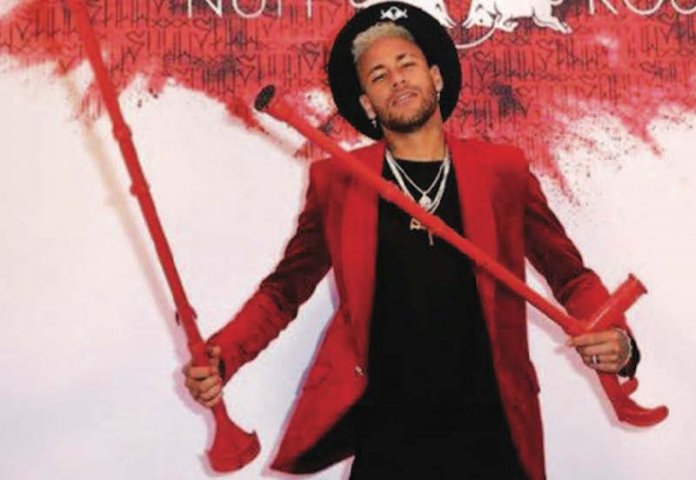 Paris St-Germain star, Neymar, gave a tearful speech at his 27th birthday party on Monday might where he wished for a “new metatarsal”.

The Brazilian celebrated with team-mates and a number of celebrities at the Pavillon Gabriel near the Champs-Elysees.

Despite his injury, he stayed true to the ‘Nuit Rouge’ – or ‘Red Night’ – theme, greeting guests on a pair of red crutches and wearing custom red trainers made especially for the occasion.

Brazilian singer Wesley Safadao, DJ Bob Sinclair and world surfing champion Gabriel Medina were among the celebrities who joined Neymar and his team-mates for the party on Monday.

Instagram footage shows the Brazilian, who is the world’s most expensive footballer, dancing and singing on stage with team-mates Dani Alves and Kylian Mbappe.

However, there was an altogether different mood when the former Barcelona forward gave a speech later in the night.

“What I wanted the most as a birthday present today is a new metatarsal so I could be on the field fighting and doing what I love the most, which is playing soccer,” a tearful Neymar said.

The party, which was attended by around 200 guests, almost didn’t take place with Neymar admitting during his speech that he almost cancelled the celebrations, only to be talked around by his friends.

He also thanked his team mates for their support, saying: “They are giving me all the strength possible to help me return as soon as possible.”

Neymar sustained the injury to his foot during Paris St-Germain’s cup win over Strasbourg on 23 January, the same injury he suffered in February last year.

The Brazil forward is said to be sidelined until April and as a result will miss a number of games for PSG, notably both legs of their Champions League last-16 tie with Manchester United.