Onyebuchi Ezigbo in Abuja and Victor Ogunje in Ado Ekiti

President Muhammadu Buhari yesterday in Ado-Ekiti, the Ekiti State capital, said his administration was facing tough time in the fight against corruption, vowing that it would not be discouraged by the challenges.

The president, who was in the ancient city to push forward his presidential campaign in the South-west, also asked Nigerian workers not to vote for any presidential candidate that plans to privatise the Nigerian National Petroleum Corporation (NNPC) and its subsidiaries.

Standing with Vice President Yemi Osinbajo and other senior party members, Buhari told the mammoth crowd at the 15,000-capacity Ekiti Pavilion that he would not be discouraged to rid the country of graft as he had promised in 2015.

He said: “We are fighting corruption, but it has not been easy. But we told the security agencies to keep tab on those on our watch list and ensure that those who have cases to answer do not escape justice.
“As part of our promises, we are building roads, rail lines, fighting corruption. We introduced Treasury Single Account and increase power supply, so that Nigerians can have their own businesses.

“I want to be grateful to Ekiti voters, because the two times I came here, I achieved successes. I came here in 2014 and I also came here to campaign for Fayemi; he won the governorship election; so, I thank you.”

He said that in addition to the fight against corruption, his administration had made efforts in the last three and a half years to revamp the economy and rebuild social infrastructure, such as roads, rail services and power generation.
Other party leaders at the rally were governors Kayode Fayemi (Ekiti); Gboyega Oyetola (Osun); Abiola Ajimobi (Oyo); Rotimi Akeredolu (Ondo) and Ibikunle Amosun (Ogun).

Also at the rally were a former Interim National Chairman of APC, Chief Bisi Akande; the APC National Leader, Senator Bola Tinubu; Afenifere Leader, Senator Ayo Fasanmi; and Chief Olusola Oke.
At the rally, a former deputy governor of Ekiti, Chief Abiodun Aluko, formally defected to APC; and so did some members of Ekiti State House of Assembly, who moved from Peoples Democratic Party (PDP).

The lawmakers, who were led by the Speaker, Mr. Ebenezer Alagbada, are Mrs. Cecelia Dada, representing Ilejemeje Constituency; and Mr. Olanrewaju Olayanju, from Emure Constituency.

In his address, Osinbajo said it was sad that Nigeria earned $383 billion from crude oil sales between 2010 and 2014 under the leadership of Dr. Goodluck Jonathan, but failed to use it wisely.

“That was when we had the highest earning but nothing was done with it. If that money had been utilised judiciously, all the roads, rail lines and employment we are creating would have long been in place for Nigerians.

“Buhari built three refineries as Minister of Petroleum under military era. No government has ever added one, not even during the 16 years of PDP. Don’t let them deceive you, vote for a president you can trust, that is President Buhari,” Osinbajo added.
The National Chairman of APC, Mr. Adams Oshiomhole, said it would be a big mistake if Nigerians elect the PDP presidential candidate, Alhaji Atiku Abubakar, in the February 16 poll.

Fasanmi and Akande described the Reuben Fasoranti-led faction of Afenifere, which endorsed Atiku as “political jobbers” who should not be taken seriously.
Fayemi promised the president that he would win in Ekiti and other South-West states in the coming election and urged residents to vote massively for him.

Meanwhile, Buhari has asked the Nigerian workers not to vote for any presidential candidate that plans to privatise the NNPC and its subsidiaries.
The Secretary to the Government of the Federal Government (SGF), Mr. Boss Mustapha, who represented the president at the 127th Delegates Conference of the Nigeria Labour Congress (NLC) in Abuja, assured that the federal government will not retrench workers due to the new minimum wage.

He also gave assurances that the government is prepared to satisfy the yearnings of the workers by putting in place policies that will cushion the effects of the economic hardship.
Mustapha told the workers who converged at the International Conference Centre, venue of the NLC’s conference to support federal government’s efforts to rebuild the country.

The SGF said his attention was drawn to the aspect of the NLC president’s speech opposing privatisation.
He said: “I heard you clearly on two issues that you raised, when you requested an affirmation and confirmation from the delegates on the fact that the Nigerian labour movement is totally opposed to the sale of the refineries and also the privatisation of the Nigerian National Petroleum Corporation (NNPC), and as a politician my ears were quick to pick those issues.

“The message I will leave this conference with is that any candidate that is a proponent of the sale of our refineries and also the NNPC will not get the vote of the Nigerian labour movement,” he said.

Earlier in his welcome speech, the NLC President, Mr. Ayuba Wabba, had expressed some reservations over the performance of the privatised federal government entities, especially those in the power sector.
He said according to a study released by Public Services International, privatisation of public utilities has not generally proven to be the correct thing to do in most countries, even developed ones.

Wabba said since the privatisation of electricity distribution, Nigerians are yet to see the fulfillment of promises of efficient service delivery, adding that “instead, the electricity situation has gone worse with chronic failures by Discos to supply prepaid meters, exploitation of Nigerians through estimated billings and reluctance to attend to basic complaints.”

He said that even with N39 billion bailout funds from government, the supposed private entrepreneurs have failed to turn anything around except maybe their pockets, unfortunately, at the expense of Nigerians.
“We call on government to reverse the power sector privatisation because it has failed,” he said.
Wabba also spoke about the build-up to the general election, insisting on need for the relevant authorities to rise to the occasion and deliver a free and fair election.

“As we approach the 2019 general election, we call on the election management body – Independent National Electoral Commission (INEC) – and indeed all stakeholders to ensure that we have peaceful, free, fair and credible elections in February and March, 2019. Congress will continue to hold both the players and the referee in this very important election to account on their words and conduct. Nigerians must rise above partisan interests and become the winners of this election – not political parties and their candidates,” he said.

While commenting on the hash economic conditions facing workers in the country, the NLC President said that apart from the frightening unemployment indices, there is also a worrisome issue of rising under-employment.

“We should be worried that the increased pool of graduates, skilled and unskilled youth in the unemployment market especially rural unemployment is a time bomb. Any attempt to sack workers under any guise as it happened in Kaduna State will complicate the situation,” he said. 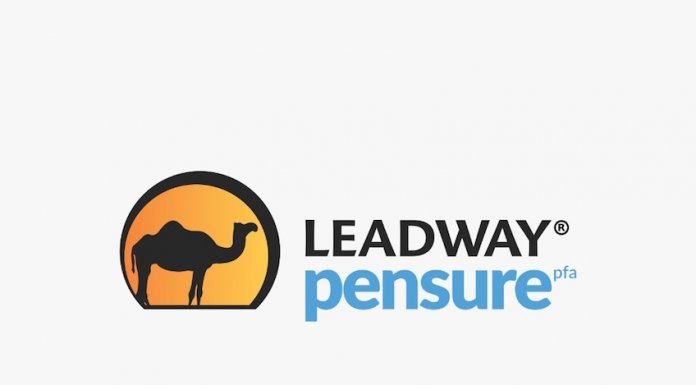