Dapo Adekunle
Between the end of 2014 and the first quarter of 2017, the job of heading the Central Bank of Nigeria (CBN) was not an enviable one. Nigeria was faced with the harshest economic realities which culminated in its worst recession and the common man on the street could only ask – and reasonably so – what the financial regulators were doing to restore the battered economy.

The journey towards recession, which became symptomatic in the third quarter of 2014, started with the substantial and continuous drop in commodity prices. According to a CBN document which outlines the bank’s understanding of recent economic developments, countervailing policy actions and some associated outcomes, this drop in commodity process affected Nigeria’s economy quite adversely, resulting in depressed GDP growth, rising inflation, the depreciation of the exchange rate, depletion of Nigeria’s foreign exchange reserves and the decline of average inflows of foreign exchange into the CBN.

For instance, the GDP was growing by more than six per cent before 2014. However, its growth shrunk significantly, delving the Nigerian economy into a recession in 2016. Inflation also rose drastically, with January 2017 recording the highest inflation rate of 18.7 per cent from 9.6 per cent the previous year. The naira also tumbled, as exchange rate went from as low as N155/US$1 in June 2014 to as high as N525/US$1 in February 2017. Nigeria’s FX reserves, which stood at around US$40 billion in January 2014, shrunk to as low as US$23.6 billion in October 2016. Worse still, average inflows of foreign exchange into the CBN declined by over US$2.3 billion per month over a three-year period.

The economy was unhealthy and the over-reliance on the petroleum sector meant that it was the country’s sole source of foreign exchange revenue for government to provide essential services.
Many expected President Muhammadu Buhari to act urgently, even if symbolically, to the downward trend before it became too late.
As part of such economic reform, the President was expected to axe an “inherited” CBN Governor, Mr. Godwin Emefiele. However, President Muhammadu Buhari kept faith in Emefiele.

In fact, as Buhari was yet to appoint his ministers, Emefiele temporarily found himself combining his CBN governorship with being the minister of finance, minister of national planning and economic adviser to the President.
The CBN, under Emefiele, understood that the answers to Nigeria’s economic woes demand creativity and out-of-the-box thinking. The Bank went to work, outlined and implemented sound policies which in the end, help strengthen growth and development.

Fast forward to 2019, the economy has not only recovered but has since been steered on steady growth path.
Available statistics show that the Nigerian economy picked up and sustained its recovery momentum in 2017 and 2018. For instance, growth rate of GDP rose from -0.9 per cent in 2017 to 1.4 per cent in the third quarter of 2017. Inflation rate declined steadily from peak of 18.7 per cent in January 2017 to 15.1 per cent in January 2018. Exchange market pressures eased considerably as the exchange rate appreciated from over N525/US$1 in February 2017 to about N360/US$1 2018. Similarly, FX reserves recovered from about US$23 billion in October 2016 to nearly US$42 billion in 2018.

Praise-worthy are the countervailing measures taken by the CBN during the height of the recession which helped to forestall an economic doomsday. Such measures included the prioritisation of the most critical needs for foreign exchange to ensure that only those who need it and for economically justifiable activities have access to it. Another measure was a deliberate implementation of policies which would genuinely reduce Nigeria’s reliance on forex from crude oil exports.

The CBN, under Emefiele, is driving the diversification of Nigeria’s economy through long- and medium-term strategies. The bank has established initiatives to tackle challenges to job creation, economic productivity, poverty eradication and food security.
One of such measures is the intervention scheme for four commodities – rice, fish, sugar and wheat – which consume about N1.3 trillion annually in importation. These days, domestic production of these commodities has boosted Nigeria’s foreign reserves and reduced pressure and need for forex. The bank has continued its financing activities in key high-impact sectors like power, aviation, education, micro, small and medium enterprises (MSME) and agriculture.
Despite all these achievements, there are two issues which critics point at as indicators that the prospect of the Nigerian economy is not as bright as portrayed.

Another issue hammered on by critics is the country use of foreign loans to finance provision of infrastructural facilities. According to the NBS, Nigeria’s total domestic and foreign debt stocks as at the end of 2017 stood at about $73 billion (or N21.73 trillion).
Nigeria could borrow up to 40 per cent of its GDP externally, and the Debt Management Office (DMO) continues to demonstrate good negotiation skills in dealing with the country’s debt matters with both internal and external creditors.

That Nigeria’s domestic and external debt stocks put the country in a good stead to borrow more has been echoed by economic think tanks, such as the West African Institute for Financial and Economic Management (WAIFEM), which explained that budgetary allocations alone may not be enough to finance the infrastructure deficit. WAIFEM admitted that the debt option is still the most viable for now.
The difference in the present administration’s economic strategy is that it is changing the mix of revenue sources available to government from the traditional oil or debt, to a combination of oil, debt and domestic revenue.

The CBN has said itself that it will strive to improve and sustain the pace of recovery and find ways to derive positive outcomes for the unemployment rate and the incidence of poverty Nigeria. It is also admitted that the country’s import bill may have fallen, but its manufacturing and agriculture sectors still have a long way to go in attaining self-sufficiency in those sectors.
But the Bank warned that it would be a mistake to quickly discard the restrictive FX measures which aided the country’s recovery simply because the metrics have improved.

As the Bank continues to fine-tune its policies and strategies based on an understanding of evolving developments and supported by in-house technical analysis and simulations, it is not out of place to commend it for remaining resolutely proactive in ensuring that the welfare of Nigerians is enhanced at any point in time.
It is to the credit of the CBN, under Emefiele, that Nigeria’s economic outlook appear promising from all indications in such a relatively short time after it was tested by a ravaging recession.
Adekunle wrote in from Lagos 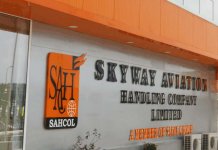 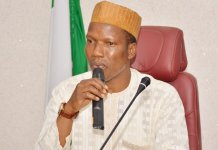 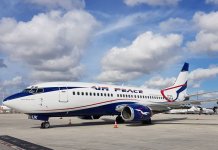 EdoJobs partners Oxfam, Siemens, others to empower over 29,000 youths