National Chairman of the Independent National Electoral Commission (INEC), Professor Mahmood Yakubu, last week said as part of efforts to ensure transparency as well as build confidence in the February 16 presidential election, he would personally and solely man the collation centre of the presidential election.

Good as it may sound, that is not a critical prerequisite to a free, fair and credible election. In fact, that is at the final stage of the election process, where manipulation is often minimal or otherwise impossible. However, the processes leading to the collation of results are where the professor should pay attention if indeed he is determined to play fair on February 16.
His idea is akin to a system which seeks to apprehend thieves after they had stolen from a store, when in actual fact, there is a better system that could ensure they do not get to steal at all, because there is no guarantee they could be caught after stealing. His option is reactionary and therefore not smart.

There is no gainsaying the fact that the 2019 elections are Yakubu’s greatest competence test. Truly, he had dealt with different elections since he came onboard at the dawn of this dispensation, including governorship polls and a legion of bye-elections.
In fact, his start-off steps were disturbing as nearly all elections he conducted in the wake of his leadership were either inconclusive or fraught with disturbing malpractices, not to say the least, the recent Osun State governorship election held on September 22, 2018, which international observers heavily condemned.

Even then, it is only trite that certain concession be made to him in spite of the flaws of his early days in office. This is particularly the reason he cannot afford to make any mistake with this all-important exercise slated for February 16, making sure he is in the know of all the stages of the election in different states from morning till when voting closes.

To also think that Yakubu had given his words both locally and abroad about playing fair and ensuring he prevents any manipulation of all sorts is another reason he deserves a benefit of the doubt about delivering an election that would ultimately redefined his career path. But those who nurse a bit of reservation also have a reason to.

For instance, in the light of President Muhammadu Buhari’s refusal to assent to the Electoral Act amendment Bill, Yakubu had mooted the idea of foregoing the use of incidence forms as parts of the ways to prevent manipulations by politicians adept at the game. This move was however commended by a large chunk of the people, who could see through the initiative.

This also followed his promise at a congressional hearing in the United States, thus sealing the confidence of both the locals and the foreigners in his ability to deliver good on February 16. But alas, when Yakubu would release the guidelines for the election, he reinstated the use of the incidence form. That, for one, has naturally raised suspicion about his sincerity.
Again, many had expected that with the refusal of the president to assent to the Electoral Act, citing timing, Yakubu would have reviewed some of the plans he had, contingent on the signing of the law, which desperately sought the use of the card reader for a cleaner election. But the president thought otherwise.

However, since the situation is now different from what had been envisaged, expectations were that the INEC leadership would have also reviewed the concept of continuous accreditation and voting, which is heavily subject to manipulation.
With Buhari’s failure to assent to the bill, the best option would have been to revert to the old style of first accrediting within a certain time-frame and later return to voting proper. That way, the number of those accredited could be ascertained side-by-side with the number of those that eventually voted.

But where the continuous approach is upheld, it means after accrediting and voting at the same time in a certain place, some voters, who have nothing left to do could go to other places and cause crisis. It also means that with the continuous nature of the approach, they might be unable to ascertain the number of accredited voters and the actual number of those that voted.
Thus, if these processes leading to the collation exercise are flawed, of what importance is the national chairman of INEC personally overseeing the collation centre of the presidential election results? After all, Yakubu could claim he was not aware of any manipulation of the processes from the accreditation point to the actual voting and attempt to exonerate himself only at the point of collation.

Unfortunately, that would not fly with a lot of people. He had the opportunity to correct some of these obvious anomalies, complicated by the president’s refusal to sign Electoral Act Amendment Bill but chose to look away. Thus, if these other processes eventually messed up the collation process, he cannot extricate himself from the blame thereof.
To also think there was an alleged attempt to smuggle in the guidelines before it was blown off makes his position a delicate one. And at the end of the day, whatever happens to the 2019 elections at all levels remains his headache to solely deal with and should not attempt to shift blame under whatever guise. 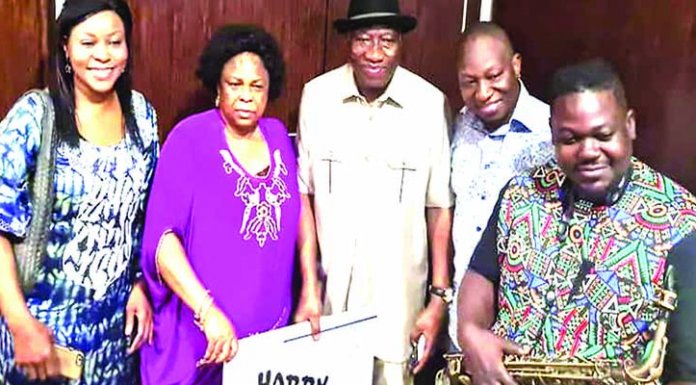