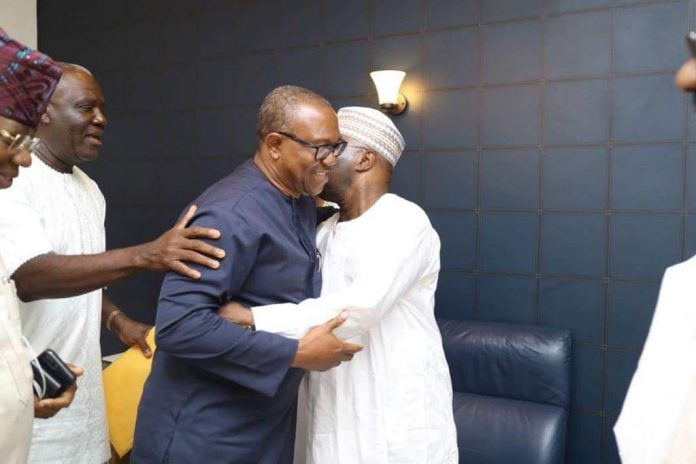 The pace at which society is able to make meaningful progress is critically dependent on the quality and commitment of its leadership. For the better part of Nigeria’s history, poor, selfish, nepotistic, ethnocentric and religious freaks have ineffectively led her to disrepute and weak institutions. To remedy the situation will require more than a passing glance at the root causes of this catastrophic state of affairs and boldly confronting same with genuine solutions by an impartial, sincere and focused leadership.

The humongous bloodletting and general insecurity that have left many, faint hearted, including the abject poverty that has made our people destitute cannot be left to fester while a few individuals constitute themselves into a rogue cabal, tele-guiding an absent minded and often absentee president.

The Atiku personality is a realistic, purpose driven, goal oriented, cosmopolitan and enthusiastic nation building disposition, highly committed to addressing the fault lines in our quest for unity and audacious dealing with issues of restructuring, rule of law, empowerment, social justice and economic sustainability of all Nigerian citizens.

The Obi factor is a warm embrace to proven integrity, track record and selfless service premised on good conscience, open mindedness, prudence and outstanding management of processes with due diligence and uncommon determination. Throughout his public engagements, he has demonstrated capacity to get the job done and pursued uncharted courses with remarkable positive outcomes.

Notwithstanding the scheming or seeming conspiracy of regions to align solely and essentially for power grab, here comes another in the replica of Shehu Shagari and Alex Ekwueme, to make further amelioration to the scars of the bitter civil war.

Both these candidates have successfully run private enterprises to enviable success and without a doubt are imbued with the clinical passion to make a positive difference. They are dogged performers who recruit suitable hands devoid of ethno-religious sentiments.

Most of the milestones recorded in the political evolution of Nigeria since the Babangida transition program have had Atiku’s input and sacrifice, including the support and consolidation of the M.K.O. Abiola candidacy alongside several democratic undertakings like seeking judicial reliefs over stormy circumstances with Obasanjo as well as presidential aspirations under different parties since 2003. The leading lights of the PDP government as of 1999 were brought on board by Atiku, just as he also headed the national council on privatisation.

Obi on his part was the first to reclaim his mandate through the courts and overcame all the turbulent trappings set before him honourably. He bequeathed a robust economy for Anambra state, undertook massive infrastructural development and achieved comprehensive, if not unparalleled, educational feats.

Unlike the ‘promise and fail’ leadership that we have experienced, especially most recently, this duo are not known for rhetoric or careless talk, they say what they mean and mean what they say. Their enthusiasm about Nigeria is never in doubt as they are both broad minded, tolerant, deliberate and quite sincere. Given the current travails we face under this dispensation of propaganda, false claims on scarce achievements, terrible lies, suppression of the media, selective corruption fight, vote buying, impunity and militarisation of our democratic space, there is emergency on our hands and this credible pair are most suitable to rescue our beloved nation and set it aright on the path of peace, progress, equity and positive exploitation.

By the way, they have verifiable certificates and are not shy about declaring their assets, even so they are available for citizen engagement and interaction. They are committed to rebuilding trust, transparency, accountability and social welfare.
A modern, self sufficient Nigeria is possible, it only depends on who to drive it, I give you Atiku Obi, please join the campaign and vote right. Let’s get Nigeria working again.