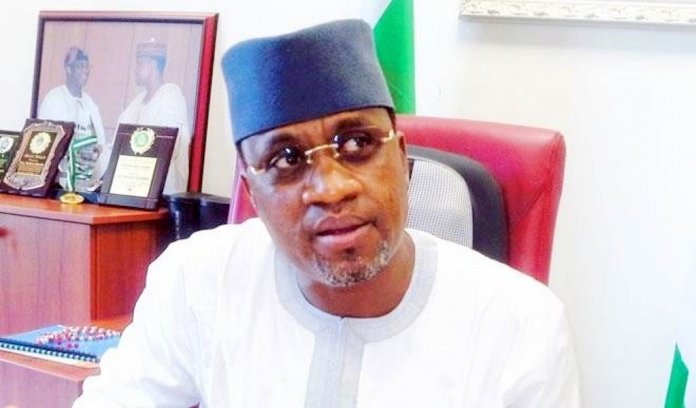 A member of the National Assembly, Senator Kabir Marafa (Zamfara Central), has said that hope is not lost for his party, the All Progressive Congress (APC), to field candidates in Zamfara state for the forthcoming general election despite the insistence of the Independent National Electoral Commission (INEC) to the contrary.

Marafa, who is Chairman of the Senate Committee on Petroleum (Downstream), however, commended INEC for maintaining its earlier position on the rejection of Zamfara APC candidates.

The Senator while speaking to reporters at the National Assembly in Abuja on Thursday declared “we are very optimistic that a fresh window to conduct party primaries opposed by Governor Abduazeez Yari, will by God’s grace be granted by the Appeal Court”.

He recalled that APC failed to conduct primaries in Zamfara state basically because of its obedience to a subsisting order of an Abuja Federal High Court that barred both Yari and Marafa camps from participating in the party primaries.

Marafa further explained that “this was actually why APC couldn’t conduct primaries in the state.

He added that “since neither the party nor the aspirants were responsible for the failure, we asked the court to direct APC to conduct fresh primaries and order INEC to accept the result. This was the prayers sought before the Zamfara State High Court and now before the Appeal Court for determination.”

Marafa, an APC governorship aspirant, said INEC had done the right thing by maintaining its position on the Zamfara APC primaries impasse.

According to him “this shows that the commission is not doing the bidding of any of the parties involved in our intra-party squabble.

“From the beginning, the commission took a weighty but truthful position on the Zamfara APC primaries logjam, despite the fact that our party is the rulling political party.

“The development has shown that the commission will conduct credible, fair and transparent polls. We are urging the commission to always stand by the truth, no matter who is involved,” he said.

On the proposed campaign visit of President Muhammadu Buhari to Zamfara state on Sunday, Marafa advised the President to shelve the idea ” because of the impasse bedeviling the party in the state”.

He said he was going to submit a formal letter to President Buhari in this regard before the week runs out.

His words: “But if the President insists on the visit, the President can as well go ahead and do the campaign. But after the campaign, we will organise our own campaign that will be televised live to let the people know who is in charge politically in the state.”

Marafa who described Governor Yari as a political paper weight vowed to retire the governor and others like him after the forthcoming polls.

“I want to assure you that the likes of Governor Yari will be inconsequential and permanently shown the way out in the political scheme of things in Zamfara state. Just wait and see”, the Senator further said.

Sule Cautions against Reprisals over Murder of Herders Leader