Strong indications have emerged that more foreign investors are eying acquisitions in insurance sector by investing in companies they perceive can fetch significant returns.

Some market operators, who have links to insurance sector, told THISDAY that following the low prices of some insurance stocks and the recent acquisition of 29.9 per cent stake in NEM Insurance by Advanced Finance and Investment Group, more foreign investors are making enquiries about the fundamentals of firms in the sector.

According to a stockbroker, who said his company is currently facilitating investment talks between foreign investors and a Nigerian insurance firm, the outlook for the sector is positive.

“Some foreign investors had targeted some insurance firms to acquire before the new recapitalisation policy of the National Insurance Commission (NAICOM) stopped them. However, after the recapitalisation was cancelled, the investors are making their way back to the negotiation table,” the operator said.

He explained that some of the investors were prior to the botched recapitalisation exercise, actually waiting to see firms that would meet the recapitalisation policy before it was cancelled by the industry regulator.

“Now they are preparing to return because the recapitalisation burden has been removed and their value on the stock market look very attractive. That is why investors are now looking at some of the companies for possible acquisition,” he said.

However, THISDAY checks showed that such discussions are ongoing, acquisitions may not crystalise until the second half of the year.

Over 14 stocks out of the 26 insurance on the NSE currently are trading below 50 kobo par value. Market analysts said although the lower prices offer new entry opportunities in some of stocks, investor apathy for insurance stocks are basically caused by two major factors.

“Investors’ low demand for insurance stocks stemmed mostly from their poor corporate performance, which often makes them to pay low dividends. Besides, low awareness about their operations equally discourages investors from the sector,” a stockbroker, Mr. Ayo Oguntayo, had said.

According to him, while some insurance companies have strong fundamentals and have put in place strategies to deliver improved returns to shareholders, most potential investors are not aware of such prospects.

While some of the companies were afraid of hostile take-over by corporate raiders, it was gathered that their attitude is beginning to change given the fact the competition in the industry is getting tougher.

“To succeed, you need technical and financial support, which can best be provided by foreign firms that have the experience and financial firepower. That is why the local operators are now welcoming acquisition talks,” another operator said.

Some insurance operators recently decried last year’s cancellation of the recapitalisation exercise for the industry. According to the operators, the development may lead to the channelling of big-ticket businesses to foreign insurers. They said the policy, which had increased operating capital of the industry by 300 per cent, if implemented would have strengthened indigenous insurers to retain huge insurance businesses often flown abroad and would have also increased the contribution of the sector to the nation’s Gross Domestic Product (GDP).

The insurers said in the light of the cancellation, most insurance companies would still lose businesses they used to underwrite as policyholders seemed poised to transfer their risks to underwriting firms with strong capital base.

Commenting on the cancellation, the President, Chartered Insurance Institute of Nigeria(CIIN) and Managing Director Consolidated Hallmark Insurance Plc, Eddie Efekoha stated: “Currently, insurance buyers especially big corporate buyers determine companies that will underwrite their business using capital as parameter of measurement of fitness of firms that will handle their business.

“Recently, a broker said his client had informed him not to place risks with any underwriting firm with less than N9 billion capital as proposed in the cancelled policy.

“With such developments, it is now immaterial whether the industry regulator withdraws the policy because it has opened the eyes of insurance consumers.” 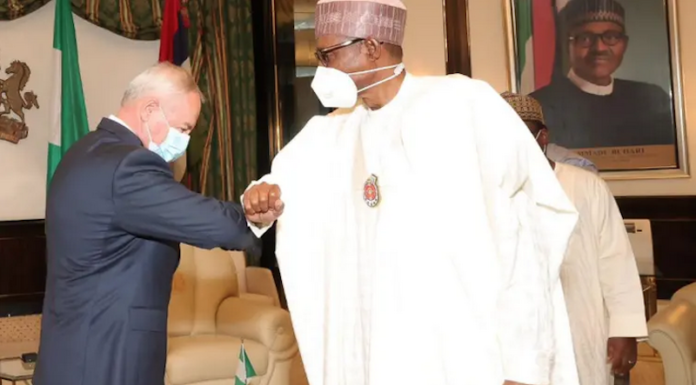