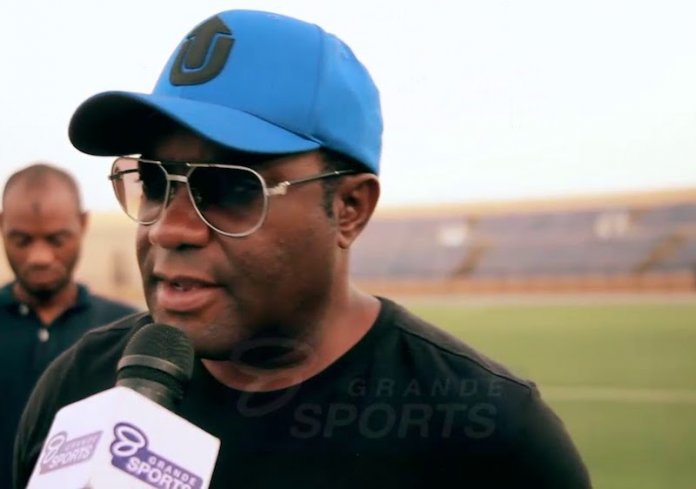 The Restoration Girls shocked bookmakers as they stunned title holders, Nasarawa Amazons with two un-replied goals in the final of the NWPL Super 4 at the Agege Stadium in Lagos.

One goal each in the second half of the hotly contested final from Uzoamaka Igwe and petite striker, Joy Bokiri proved adequate to hand the Yenagoa landladies the coveted trophy as well as a princely sum of N3million for their first class performance.

Egbe while congratulating Dickson over Bayelsa Queens, said the state’s investment in the sports sector was yielding dividend.

“Gov Seriake Dickson deserves kudos for the victory of Bayelsa Queens in the women’s league. The victory is a direct fall out of the massive investment of the state government in the area of sports.

“Just last year, the state hosted the Women’s Aiteo Cup Federations Cup final at the Samson Siasia Stadium that boasts of the best playing turf in the country at the moment.

“The performance of the state at the National Sports Festival in Abuja last December clearly shows that things are looking up for Bayelsa sports. “Nobody gave Bayelsa a chance to finish overall fifth on the final medals table,” Egbe said.

He therefor charged the state government to continue to pay good attention to the development of sports, as parts of the Restoration Agenda.

Egbe believes that the state would in no distant time become the country’s number state in sports.

Bayelsa Queens will square up against the Aiteo Cup winners, Rivers Angels to decide the overall best women team in the land when they clash in the Champions Shield on a date and venue yet to be decided by the Nigeria Women Football League (NWFL). Rivers Angels are the current holders of the highly prized Cup.