Former President of Nigerian Bar Association and human rights activist, Mr. Olisa Agbakoba (SAN), has called on Nigerians to vote out President Muhammadu Buhari come February 16 presidential election because of what he described as “the most violent denigration of the Nigerian’s Constitution” following the suspension of the former Chief Justice of Nigeria (CJN), Justice Walter Onnoghen by the president.

Agbakoba who admitted he was saddened by the president’s action said everything must be done quickly to stop the president from having his way as he can capitalise on the same unconstitutional means used to remove the CJN to postpone the forthcoming general elections.

He also called on all lawyers across the country to suspend all judicial and legal services and march to the streets like the Pakistani lawyers did to resist the affront from the president, saying the president is not above the law.

“I am very, very angry not only as a Nigerian, as a lawyer, as a former president of Nigerian Bar Association (NBA), I’m angry that we have a president that desecrates our judiciary. As you know the background for all this, is that the CJN has a matter before the Code of Conduct Bureau (CCT). The president purports to suspend the CJN pending the determination of his case at the CCT. The CCT that the president cites as his reason for suspending the CJN has itself said on Monday (January 28, 2010) we shall see whether we can entertain the case at all. So it gives a lie, it shows that is not the reason.

“The second point is that the Appeal Courts has said to everybody “wait we will withdraw this case and decide what to do” and the president is bound by that order. I don’t know whether the president doesn’t realise that he has an Attorney General called Malami who sits there and is misadvising him.

How can the president base his decision on order of the CCT purporting to suspend the CJN after the Appeal Court has suspended Onnoghen’s trial at the CCT?

“The third point is that the president doesn’t have any power to remove, suspend, discipline or in any other way deemed fit office of the CJN. Definitely, the Court of Appeal has laid out the procedure in case of any allegations against judicial officers it’s the National Judicial Commission (NJC) that has the power to look into that. In the case of the CJN, Section 292 of the 1999 Nigerian Constitution makes the Senate the legitimate authority for removal of the CJN for misconduct and the Senate has not done that. For these three reasons, I’m left with thoughts in my head as to whether the story that is going around that is is politically true.

“Why would the president want to do a thing like this? Never in the history of Nigeria, not under Abacha, not under IBB, the most notorious civil presidents we had did this kind of thing happen. This is the most violent denigration of Nigeria’s constitution of all time. There are dire consequences and it raises a constitutional question. The president can on the basis of what he has done postpone the election there is nothing he cannot do. If he gets away with this by breaking by removing the CJN why can’t he stop the election? These are the implications. There is nothing he cannot do. He has lost the respect that I had for him. I’m not going to vote for Buhari this time around, it’s not possible. For me, that is the end. The story of President Buhari is over and I call on Nigerians to go out to the polls and come out with a resounding defeat of a man who doesn’t want to obey the social contract that we gave to him in 2015.” 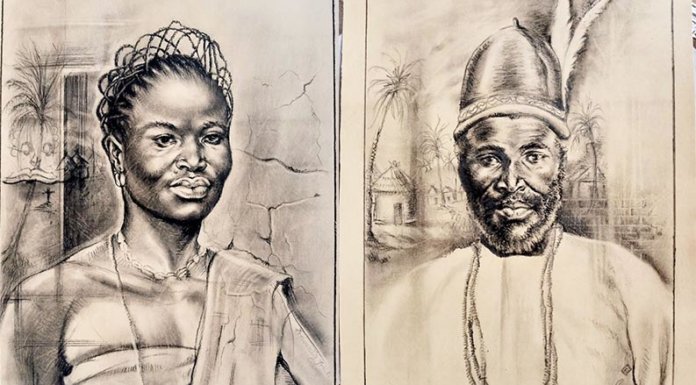