The Vice Presidential Candidate of the Peoples Democratic Party, Mr. Peter Obi, said Thursday in Benin-City, the Edo State capital, that Nigeria was ‘’collapsing’’ and warned that another four years of President Muhammadu Buhari/APC-led government will finally sink the country.

Obi, who stated this during an interactive session with critical stakeholders in the nation’s politics, including members of the civil society groups, market women/men, Nigeria Bar Association, Nigeria Medical Association, media, traditional/religious leaders, and party members, said that President Buhari lacks the capacity to manage the nation’s economy.

Taking a critical look at the state of the nation, he added that the upcoming general election was not about Buhari or Atiku Abubakar or PDP and APC, but the future of the country, saying that unless Nigerians take sensible political decisions in the general elections by voting out Buhari-led government, they will leave to regret it.

Obi said Atiku-led government would revamp the economy of the country, and set it on the path of growth — if voted into power, adding that the challenges in the country’s economy were caused by the incompetence of the Buhari administration.

He further stated that the APC-led federal government lacks the capacity to create and grow businesses, which he said had accounted for the numerous issues bedevilling the economy and promised that the PDP would turn the economy around if elected, as the party had the experience and the people to do so.

The PDP vice presidential candidate said he had run successful businesses, saying ‘’since I am going to work with Atiku, I will bring my experience to bear in promoting businesses in the country.’’

According to Obi, “How can a man who does not have a shop aspire to be the chairman of the traders in the market? I have always been a trader. You know I understand your needs. You know that the vice president helps to run the economy. With me, you have someone who understands business and understands your needs.”

On the persistent agitation for restructuring of the country, the former governor of Anambra State said PDP/Atiku believes in restructuring.

‘’We must restructure the country. The country is not working, and if it is not working, we must change it; waiting every month to share money in Abuja, will not help us. We need to think creatively’’, Obi explained. 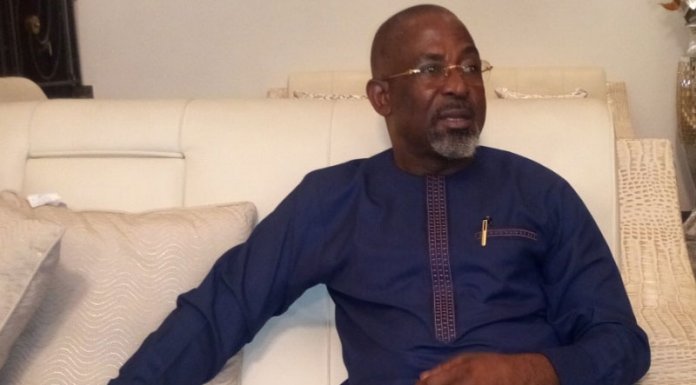