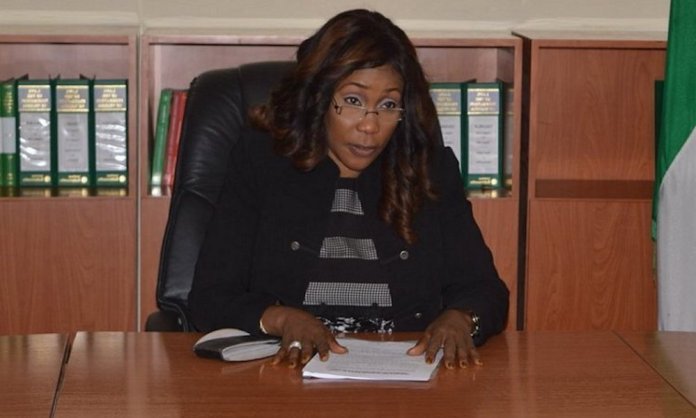 The Director-General of the National Agency for the Prohibition of Trafficking in Persons (NAPTIP), Julie Okah-Donli, has called for the prosecution of both Nigerians and the citizens of foreign countries involved in human trafficking.

The DG made this call during a meeting with a delegation from the French Embassy in Abuja, and the Central pour la Répression de la Traite des Êtres Humains (OCRTEH), France.

The delegation, which comprised of Le Mer Gérard from the French Embassy, Abuja, Cotelle Patrick, and Beavgendre Lionel from OCRTEH, which is the branch of the French Judicial Police that investigates and prosecutes cases of human trafficking for sexual exploitation, was at NAPTIP for a five-day exchange programme between NAPTIP and OCRTEH.

A statement from NAPTIP’s Press and Public Relations Unit said Okah-Donli decried the situation whereby a human trafficking syndicate or network is dismantled in European countries, and only Nigerians are prosecuted.

The DG, who expressed displeasure over the situation, therefore demanded the punishment of citizens of foreign countries working with or enabling their Nigerian partners to carry out such criminal activities.

The NAPTIP boss lauded the initiative of the French government at taking care of the Nigerian victims of human trafficking through the various non-governmental organisations and expressed her optimism that: “The exchange programme will lead to stronger collaborations, joint investigations and operations, as well as mutual legal assistance which will be of immense benefit to both organisations and, by extension, the countries.”

She further extended the hand of partnership to other foreign organisations and countries as she insists that “human trafficking is a global problem, which threatens the peace and security of the nations, and which we must come together to tackle”.

Earlier in their remarks, Mr. Cotelle Patrick expressed satisfaction with the efforts of NAPTIP in combating human trafficking which necessitated their willingness to exchange ideas and experiences with the Nigerian agency.

He also pledged the support of OCRTEH to NAPTIP in the fight against human trafficking for sexual exploitation.