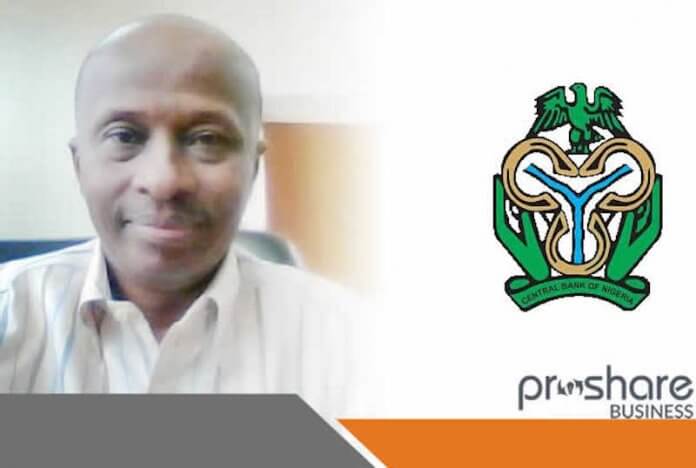 The Central Bank of Nigeria (CBN) said its attention had been drawn to the activities of fraudsters impersonating some principal officers of the Bank in an attempt to defraud unsuspecting members of the public.

Of particular concern to the Bank was the recent message sent from an e-mail purportedly belonging to the Deputy Governor, Corporate Services, Mr. Edward Lametek Adamu, transacting a phony business deal.

“We wish to inform all members of the public, particularly members of the social media community that officials of the CBN do not communicate with emails outside the @cbn.gov.ng domain.

“No principal officer of the Bank will transact business or ask you to transact business with any other platform outside those ending with @cbn.gov.ng.
“The CBN also wishes to warn the public that it will not be liable for any financial transaction which may have transpired between people and scammers who have created emails or social media accounts in the name of principal officers of the Central Bank of Nigeria.

“For the avoidance of doubt, the Central Bank of Nigeria maintains only the social media platforms as listed on the CBN website, www.cbn.gov.ng. If in doubt about the authenticity of an email, document or telephone conversation purportedly coming from or on behalf of the CBN, please send an email query to contactcbn@cbn.gov.ng or call +2347002255226 before taking any action in relation to the correspondence.

“Accordingly, the Bank wishes to advise all members of the public to desist from transacting business with imposters as doing so would be at their own risk,” it warned.

Shoprite to Appeal $1.4m Fine
South Africa’s Shoprite said on Monday it would appeal against a 20 million rand ($1.4 million) fine handed to its ticket-selling subsidiary by the country’s Competition Tribunal, which found agreements signed by the firm had hit competition.

The judgment was announced ahead of a similar case that is currently before the tribunal, which relates to a later time period and is more serious because the company is included as a respondent and it carries a recommended fine of 10 percent of the turnover of Shoprite’s retail unit.

According to Reuters, the initial case, covering 1999-2012, was referred to the tribunal in 2010 after five rivals of ticket seller Computicket, owned by Shoprite since 2005, complained the business abused its dominance by signing exclusive agreements with clients.

“There is sufficient … evidence to suggest that the exclusive agreements had resulted in anti-competitive effects,” the tribunal’s judgement said.
“Computicket will appeal the Competition Tribunal’s finding,” Shoprite, South Africa’s biggest retailer, said in response.

In December, Shoprite was named as a respondent to another case brought to the tribunal by South Africa’s Competition Commission, which recommended fining both Computicket and Shoprite’s retail division as much as 10 percent of their annual turnover.

Shoprite doesn’t disclose the turnover of its retail unit, but the division makes up the bulk of the group’s revenue, which stood at 145.3 billion rand in 2018.
It is up to the tribunal to decide whether the commission’s charges and proposed fine stand.
In the earlier case, the commission recommended a fine of just under 22 million rand, whereas Computicket thought it should be closer to 10 million rand.

“We be believe in the viability of Africa, we believe in investing in the continent during our investment in Senegal we improved efficiency and volumes 135 percent in 10 years,” Mr Bin Sulayem told the audience at the Africa Emergence Conference 2019 in Dakar Senegal.

Addressing a panel on how private institutions can help support emergence in Africa with President Macky Sall of Senegal and Prime Minister Mahatir Mohammed of Malaysia, Sulayem explained how economic emergence was dependent on increasing inter African trade and infrastructure development.

“The removal of trade barriers is very important. In Africa tariffs are 50 per cent higher in than in Latin America and Asia,” he said.
“Intra regional trade in Africa is only 12 per cent while in Europe, Asia and Latin America, it is over 50 per cent, we need to improve this to prosper,” he added.