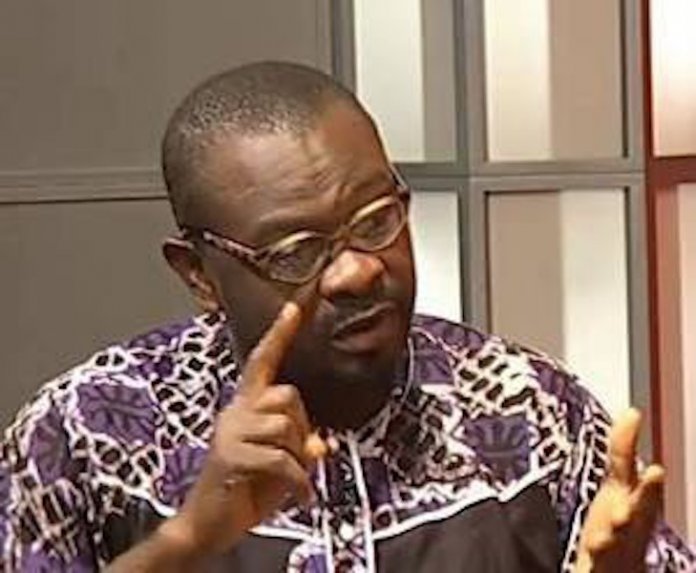 Sunday Ehigiator writes that the leadership of the Network on Police Reform in Nigeria after reviewing the major policing issues in 2018, has called for more effective reforms across board

Since Nigeria’s return to democracy in 1999, there has not any considerable and effective reforms in police and policing in Nigeria. Year 2018 was not different. Stories of police abuse, corruption and partisanship thrived.

However, one significant development stood out last year- the progress that has been made with the effort to review the colonial Police Act, which still regulates the Nigerian Police, 75 years after it was promulgated in 1943 by the British colonial masters.

Sadly, 59 years after independence, the Nigerian Police shouldn’t still be governed by a colonial law, which has seen no comprehensive review since its initial promulgation. While Senator Bala Ibn Na’Allah, the sponsor of the bill and the senate committee are pushing for the review of the bill, the senate leadership had received a lot of commendation from Network on Police Reform in Nigeria (NOPRIN), for leading the renewed albeit long-standing civil society effort in the push for the passage of the bill, we still wait on the house to conclude on it.

The effort to review the Police Act has been long-drawn, starting from 2004 with slow progress being made over the years. The current initiative culminated in the Senate public hearing was on December 5, 2018; the closest we have ever come to having the colonial law reviewed.

The bill seeks to bring the police up to date in conforming to modern democratic policing. It seeks to change the colonial orientation and philosophy of policing which focuses on regime protection and control of populations to democratic policing, which focuses on service and protection of the people. The police should be accountable to multiple constituencies including the people through elected representatives, not just the executive arm of government. The police should be accountable to the law and not a law unto itself. The police should serve the interest of the larger population not the ruling party or government.

As in previous years, police abuse persisted in 2018 partly due to the absence of a legal framework that meets modern policing needs. Civil society completely supports the passage of the Police Reform Bill because the bill provides the new legal framework needed to significantly reform the Nigeria Police.

Addressing journalists during a media briefing in Lagos, the National Coordinator of NOPRIN, Mr. Okechukwu Nwanguma, believes that besides the progress made in the push for the passage of the Police Reform Bill, there were the usual incidences and tales of police abuse, corruption and police partisanship in 2018.

According to Nwanguma, “in fact, under the then Inspector General of Police, Ibrahim Idris, whose tenure expired January 2019, police partisanship was elevated to the level of state craft”.

Speaking in specifics, he said: “The only good news with regards to police professional conduct, law enforcement accountability and transparent and responsible policing came from Lagos State Command under Mr. Imohimi Edgal. He did things differently as we would demonstrate in this review. Besides Lagos State, in terms of commitment to professional policing, accountability and fighting crime with due regards to, and respect for, human rights, the same sad experiences and stories of the past were repeated everywhere else in 2018.

“In 2018, police brutality especially by officers on road blocks and checkpoints and at police stations featured prominently. Towards the end of the year, in December 2018, one case trended on social media. The Rivers State Police Public Relations Officer, Nmandi Omoni confirmed the arrest of a police officer who shot a passenger in the leg at a police checkpoint. A video of the young man in a pool of his own blood with sympathisers gathered around him was trending online for several days with many of those who watched it condemning the action of the policeman.

“It was gathered that policemen who were on stop and search had demanded N100 from each commercial bus driver passing through the area. However when it got to the turn of a bus marked G.U. Agofure, the driver said he had no money to give to the cops, a development that made the policemen stop the vehicle. One of the passengers alighted to tell the policemen to allow the bus which was conveying passengers from Warri to Port Harcourt to continue on the journey. Angered by the passenger’s action, one of the cops allegedly shot him in the leg before the victim was taken to a hospital after much appeal to the policemen.

“As with previous years, the Christmas season in 2018 also witnessed increased number of checkpoints set up by the police and other security agencies for the harassment and extortion of vehicle users and disruption of traffic flow, leading to delays and complicating the suffering of citizens travelling home for Christmas in the South-east region of Nigeria. Many cases of extortion and detention of some travellers who could not afford money came to the attention of NOPRIN.

“The persistence of police violence, abuse and corruption, and the impunity that protected the perpetrators, particularly, operatives of SARS, led to the emergence of the end-SARS movement. This was another significant event in 2018. The movement caught fire spreading beyond the frontiers of Nigeria as it waged a vigorous and sustained campaign for the disbandment of the notorious SARS. The outcome of this popular and effective campaign was the presidential directive on the IGP to reform SARS.

“While attention was focused mainly on SARS, some operatives of the Inspector General of Police’s Intelligence Response Team (IRT) were also involved in many egregious acts of brutality, torture, killings and extortion. The positive development of IRT’s great and commendable exploits in arresting high profile kidnappers and armed robbers across the country, under the able and gallant leadership of DCP Abba Kyari, was tainted by the criminal activities of some of its operatives especially in Lagos and Ogun States.

“Another issue is the suppression of critical voices. Apart from Samuel Ogundipe, the Premium Times reporter and several other traditional and social media practitioners who suffered police brutality, the police also targeted political activists.

“2018 also witnessed the breaking up of citizens’ protests. In Imo State, for example, police authorities, acting at the behest of the State Governor, Rochas Okorocha broke up protests, brutalised and arrested peaceful protesters. There were also the usual cases of unlawful detention, torture, extortion and killing of suspects in police custody in Imo State Police Headquarters.

“Under Commissioner of Police, Dazuki Galadanchi, Chris Ezike’s successor, police abuses continued. It was under Galadanchi that over 100 protesting women aged between 20 and 80 were tear gassed, arrested and detained in a crowded cell and later charged to court and remanded in prison, provoking a national outrage.

“Another prominent development in 2018 was the re-enactment of the 2015 scenario of politically-motivated attack on the legislature. In the heat of the Legislature-Executive face off, the National Assembly had gone on recess. The Presidency urged the NASS to reconvene from their recess to consider the budget for INEC, but the NASS refused on the suspicion that the Presidency was using a familiar tactic with the grand plan to impeach the Senate President and the Speaker of the HOR over defections of some members of the ruling party to the PDP. In the early hours of Tuesday, July 24, 2018 police and SSS operatives simultaneously laid siege on the residences of the Senate President, Bukola Saraki and the Deputy Senate President, Ike Ekweremadu. It was a clear repeat of the same reckless abuse of power and outright brigandage witnessed under the previous regime”.

On way forward, the coordinator said, “The National Assembly should push through with the Police Reform Bill to repeal and re-enact the colonial Police Act which addresses most of the problems and challenges plaguing the Nigerian police. The president should also demonstrate genuine commitment to police reform by assenting to the bill when passed by the senate.

“Further constitutional amendments would also be necessary in future to insulate the police from political control. Relevant sections of the constitution need to be expunged or amended to remove operational control from the president and make the police accountable to multiple constituencies.

“President Buhari should show regard for public opinion and the rule of law. He should order an end to political desperation and the use of security agencies as repressive tools to achieve political interest instead of prioritising national security and the progress and development of Nigeria over personal political ambitions. Nigerians must remain vigilant and take their destinies in their hands”.

Further constitutional amendments would also be necessary in future to insulate the police from political control. Relevant sections of the constitution need to be expunged or amended to remove operational control from the president and make the police accountable to multiple constituencies