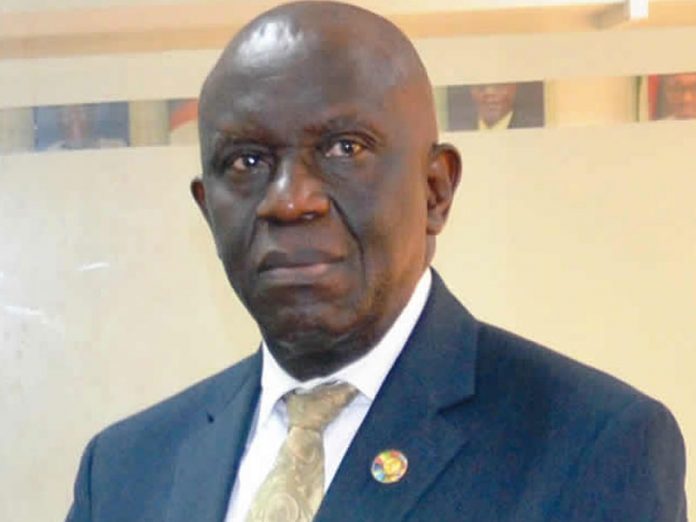 Jonathan Eze
The president, Lagos Chamber of Commerce and Industry (LCCI), Babatunde Ruwase, has called on policy makers in Lagos State to improve the business environment for the organised private sector (OPS), maintaining that the sector is vital for job and wealth creation.

He made the call in a private sector interactive forum with governorship candidates of Lagos State organised by the LCCI at the weekend.
Ruwase, said Lagos is very strategic to the Nigerian economy, pointing out that the private sector in the state is a major stakeholder having regard to its contributions to the state’s internally generated revenue, job creation and general advancement of the economy of the state.

He added that the engagement with the governorship candidates of Lagos State was crucial, stating that the quality of political governance has profound implications for the quality of investment environment.

According to him, without a conducive environment for businesses, there cannot be any meaningful economic progress. This, he said could impede the capacity of the private sector to create jobs and support revenue growth of government.
“Democracy is about choice, and the value it bestows. The engagement of the candidates would give exposition that would guide our electoral choices,” he said.

The Governorship candidate of the People’s Democratic Party (PDP), Jimi Agbaje, said if he is elected, his administration would deploy a leadership style where power would be about service.

He added that he would also get private sectors to partner with his government to develop the nation’s health, infrastructure, improve the revenue base of the State, while also addressing multiplicity of taxes.

He pointed out that the way out of Nigeria’s poor power situation was to adopt what he termed embedded power, saying that his administration would prioritise developmental efforts towards boosting power supply in the state.

On his part, the All Progressives Congress (APC) candidate, Babjide Sanwo-Olu, said that a well-thought out regulatory and legal framework is strategic to driving Public Private Partnership (PPP) operations in the state, stressing that when elected, he would deploy global best practices in the engagement of the OPS.