Dogged, ambitious and shrewd, Ken Obinna is focused on expanding his hospitality outfit and making it a global brand, writes Demola Ojo

Drawing from his background in banking, Ken Obinna built the four-storey, 50-room Chesney Hotel in Victoria Island, Lagos from scratch. A man totally committed to his project of expanding his brand beyond the shores of Nigeria, he would rather get to the nitty-gritty of work behind the scenes rather than hug the limelight.

His hard work has ensured Chesney is now a preferred option for the business traveller and corporate guest used to global standards.

The service culture is exemplary, a reflection of the owner who admits that at its inception, he worked as a porter and chauffeur.

“When we started here, I served as a porter. The guests didn’t know who I was. I took their bags and took them to their rooms. When we were fully booked, I personally gave them the chauffeur experience in my executive car, took them to another hotel and checked them in,” Obinna says.

“They never knew I owned the place. Some of them found out later and exclaimed, ‘Is that not the porter?’ I was leading my staff by example.

“In fact, for like three to four years, my staff never believed that I own the hotel because of the way I conducted myself. I was showing them that if I can do it at this level, then you can too,” he explains.

Obinna has a habit of pacing himself when he speaks, to ensure clarity. Sometimes he’s barely audible, at other times emphatic. He has transmitted his unpretentious attributes to this hospitality establishment, making sure that its substance and quality speak for it.

On the day of this encounter, he’s decked in a navy blue double-breasted shirt with sleeves rolled-up. He’s a man of routine he says, getting to the office on the top floor of the hotel at 10 am to leave 10 minutes past five in the evening so that he can get a lot of work done, yet have ample time for his family.

He looks back at the journey so far. “We’ve come a long way. There have been a few hitches here and there. Doing business in Nigeria – especially if you want to do it the right way – is very difficult but we’ve been overcoming.

“The Chesney brand is purely customer focused. We are of the opinion that if the customers are satisfied, the books will balance. So we focus our attention on putting smiles on the faces of the customers and retaining them. Retention is key.

“If you look at the records since we started, if you are no longer with us, you probably closed shop,” he suggests.

Obinna has spent the past eight years nurturing the Chesney brand, which, conceptually, is understated, yet meets up to international standards in terms of facilities and service.

Chesney has helped plug the deficit of international-standard hotel rooms in Lagos. It offers similar standards as well-known international brands but at more competitive prices, due to its grasp of the unpredictable Nigerian terrain.

“We opened shop in December 2010. It was my first step into the hospitality industry. It’s not been easy. Now we’ve built the customer base and everybody knows about the brand. In fact, I think we’re running a little bit behind schedule because we’re supposed to expand,” he reveals.

“Chesney is between 3.5 and 4-Star. But in terms of service, I give it 6-Star. We are looking to ensure that overall, we’re a five-star hotel, where we can compete at the highest level,” he says.

From Numbers to People

The Chesney boss did not start out in the hospitality industry. “I studied economics at the University of Ibadan and after that, I did my MBA at the Middlesex University, London. Most of what I have done has had absolutely nothing to do with hospitality. My first career was working in a bank.”

He was a pioneer staff of Platinum Bank which later morphed into Bank PHB and is presently known as Keystone Bank. He left when it was PHB.

“After that, I moved into real estate and trading in stocks. Then just before the global economic crash in 2008, I pulled out and that was how I acquired this property,” he reveals.

True to his nature, Obinna would rather not take credit for his foresight. “Immediately after the crash in the stock market, real estate crashed as well. I was lucky on both sides. In fact, it’s not luck; it was the hand of God. During that troubling time, I was actually setting up this hotel, transferring funds from the stock market and real estate.

“I wanted the complete package; trading in stocks, real estate, and hospitality. It’s something that will take quite some time. It’s just that the Nigerian economy does not allow you to move at the speed at which you want to move,” he says wistfully.

However, his sojourn in the financial world has prepared him for his current venture. “My brief stay at the bank helped me to acquire what it takes to run an organisation. The leadership skills, the managerial skills, that’s where I got it, and I held on to it.

“It helped me a lot in making my investments and now – from what I’m doing here – I think I’ve grown beyond that level. It’s a totally new level that you’re looking at now.”

Now he’s looking at the next level. “At the inception of this organisation, what we had in mind was for it to be a global smiling brand, something that would grow beyond the shores of this country.

“Most of the big players in the hospitality industry are imported brands. But Chesney is an indigenous brand. When we get it right, which I believe we’ve done, rest assured that not only can we stand the competition here, we can equally stand it outside the shores of this country.

“Despite this being the only property we have now, we are looking at expanding. It’s just that we want to start it from scratch; we don’t want to start selling the brand as a franchise. We want to manage it ourselves.

“This year, all that we are thinking of is moving from 3.5/4-star to 5-star. There’s a lot of room for expansion. What we have on the ground is not even meeting up to demand. The brand has to go beyond Lagos and beyond Nigeria.”

With his background in economics, Obinna has some insights into the shortcomings of the present economic climate in Nigeria and how it stifles business.

“I’m sure all entrepreneurs are feeling it, and even non-entrepreneurs. It’s quite easy to do business in Europe. The banks are there to support you with single-digit interest rates. There is technical support, whatever you need to maintain a facility; economic infrastructure, social infrastructure… Everything is well-equipped to support you. So your job is just to sit down and bring up ideas.

“But here, it’s a totally different ball game. When you approach the banks, the day the loan is structured, it is structured to fail. You cannot operate at a double-digit interest rate if you want to grow the economy. It is something that needs to be tackled.

From the challenges entrepreneurs face generally, he focuses on the hospitality industry.

“If you want to upgrade, most of the companies that should give you that support doesn’t have a solid base in Nigeria,” he says. “Exploitation still goes on. But abroad, there are options. When there are options, it brings down cost.

“It’s a hospitality-rendering service so everything has to be on point. I detest service failure. When you’re running on generators, you’re not sure it won’t fail.

“If your AC fails, are the people who installed it, competent? Can they compete with the standards in other parts of the world? These are the challenges.”

“In Nigeria, we are being trained to pass through the most difficult times. When you come out of the desert successfully, you can compete anywhere in the world.”

For Obinna, if it were left to entrepreneurs, things would be better. Unfortunately, the problem can only be solved from the very top, in his opinion.

“You see, these things cannot be taken care of if you don’t take care of the head, which is the leadership. That’s where it should start,” he posits.

“The truth is that Nigerians are very intelligent. We can actually do better than many other countries but we can’t function well if the head does not function well.

“Most of the challenges we have are not things we can handle. We cannot be talking about borehole in the 21st century. In the 60s, 70s, 80s, we had pipe-borne water. You don’t know where it comes from but you turn on the tap and water flows.

“But now, you have to check if the pump is pumping well if the treatment plant is being treated well. This is just one aspect of running this business.

“Most of the problems we face are not peculiar to hospitality. Every other business in Nigeria faces the same challenge and the solution is a political solution,” he says.

Obinna sees potential in Nigeria. “The potential – the capacity – is there. We have it all: the weather, the landmass, and the people.” 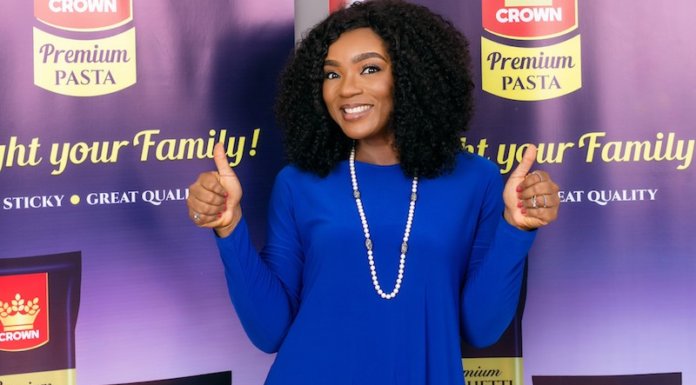