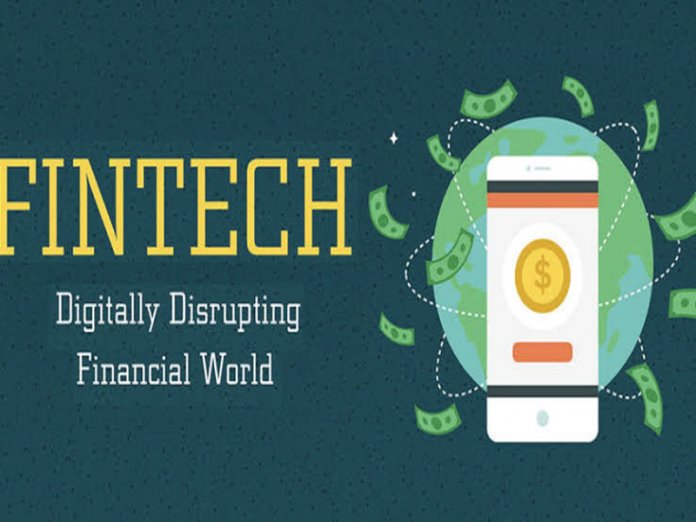 Interswitch, among others, is driving the growth of local FinTech talent through intensive training of engineering graduates, writes Emma Okonji

The need for continuous training and engagement of fresh graduates has become a thing of necessity for all Nigerians in order to reduce the mass movement of young and talented graduates that inadvertently constitute the ‘brain-drain’ syndrome in an attempt to search for greener pasture.

In recent time, Nigeria has witnessed a drift among young university graduates who suddenly took pleasure to seek for better livelihood outside the country. The local FinTech sector appears hard-hit by the increasing brain-drain.
The exodus of talent from developing economies remains a critical issue of concern, affecting not only the human resource development index of these economies but also cascading into numerous additional multiplier effects that militate against socio-economic growth and development. It appears the trend of highly skilled Nigerian professionals from diverse fields, notably in sectors like health, technology and education, leaving the shores of the country for Europe, America and Canada in search of greener pasture is rising almost on daily basis.

Companies in the technology innovation space in Nigeria, especially FinTechs and banks are witnessing an increasing trend in which the prime of the country’s software engineering talent are being head-hunted and recruited by the best companies in the world. The youths are increasingly moving to North America, Middle East, Western and Eastern Europe, with attractive and widely unmatchable employment offers. Ironically, most of these young men and women attended Nigerian Universities and have been nurtured by local FinTechs to the level where they are able to comfortably compete with the best from anywhere in the world, and as such appear attractive to these foreign technology enterprises.

According to a recent publication by Quartz Africa, the exodus follows a decade of triumphs for the ecosystem, which has recorded several startups and tech hub launches and attracted hundreds of millions of dollars in investment. The report interestingly highlights that while Lagos is the most valuable of Africa’s biggest tech ecosystems, it is also the least lucrative for software engineers, drawing comparisons between earnings of developers in Lagos against elsewhere and estimating that software engineers in Lagos earn around $5,000 and below annually – a shortfall which is very likely causing many to seek higher-paying opportunities elsewhere.

For Interswitch, the time has come to re-write the narrative and put a stop to the brain-drain syndrome. Interswitch Group has seen the glass as half-full, rather than being despondent, as far as the situation is concerned. With a view to not only promote the study of Science, Technology, Engineering and Mathematics (STEM) in Nigeria, but also to consciously change the narrative around the issue of brain-drain of talented Nigerians to other markets, Interswitch recently recruited a number of Software Engineers to participate in a six-month internship programme. According to the company, this vision draws analogies from the renaissance that Nigeria has witnessed, notably in the entertainment sector (music and movies), which have boomed in recent years on the strength of the sheer resilience and sprit of enterprise of Nigerians, without a necessary dependence on government intervention.

These young Nigerians, who are currently being trained under the Interswitch Internship Programme, were selected through a careful process after a widespread call was made for newly graduated software engineers to apply. The six months intensive training is focused on teaching the graduates basic engineering theories as well as real – life application and is designed to be an ongoing effort.

Founder and Group Chief Executive Officer at Interswitch, Mitchell Elegbe, shed light on the company’s determination to ensure that these graduates develop into great engineers who can not only contribute to the growth of the local economy but can also go on to compete in the global tech marketplace, with potential benefits that would accrue to Nigeria, their home country.

According to Elegbe, “At Interswitch, we have a maxim that speaks to the capacity to ‘see beyond the big picture’, and that is exactly what we have chosen to do, against the backdrop of the seemingly negative sentiment around what appears to be the exacerbating loss of valuable talent to foreign markets. Instead of complaining about the problem, we are taking the “bull by the horns” and challenging the prevalent mindset. We strongly believe that Interswitch is well positioned to contribute to re-writing the narrative around the issue of brain-drain from Africa. The reality is that whilst we may not be able to contain the exodus in the short term, the onus lies on tech firms like ours to aggressively raise a new generation of talent not just to meet our own recruitment requirements, but to replenish the talent pipeline for the local industry. Our view is that we are in a position to champion this cause by grooming technology talent who are not only relevant within the local context but essentially also able to compete in a globalized world in which talent is in geographical flux.”

Elegbe further said Interswitch recognises FinTech talent export as a trend that can positively impact the economy and indeed the future of Nigeria. He highlights that “Many years ago, we witnessed the remarkable growth of nascent industries such as what we call ‘Nollywood’ and of course, the music industry, into what today are significant economic and reputational capital contributors capable of contributing to the nation’s economy, harnessing local skills and technologies.”

Besides being trained by the experts at Interswitch, he added that some of the graduate interns who excel during the programme will be considered for subsequent full-time employment at Interswitch. While some would be trained to add value to the burgeoning wider technology and entrepreneurship landscape in Nigeria, others may be inclined to choose to expose themselves to opportunities on the global scene. These opportunities offer some latent, currently overlooked but highly feasible benefits to the Nigerian economy, including a potential to boost the trend of international remittances into the country with obvious positive economic impact.

Interswitch interestingly takes a view that the brain drain trend should not be an indicator of doom as the world is invariably starting to recognise that Nigeria has a talent pool of tech-savvy workforce who can contribute to this fast evolving and growing global economy.

Commenting on the academy and internship programme, the Group Chief Information Officer at Interswitch, Babafemi Ogungbamila, said: “At Interswitch we believe that the exposure that these young men and women will have would augment their commendable effort at self-investment, with a view to becoming best-in-class developers and architects. These young people will represent the next generation of FinTech entrepreneurs who after their stints abroad/ or during their stints abroad will build the next Amazon, Google or whatever will change the world in the next 3-5 years. We have a unique opportunity to globally brand Nigeria as the source of uniquely qualified computing expertise and with time, the home of technological ingenuity.

“The interns will spend the first three months with Interswitch, learning the theoretical application of software engineering.”