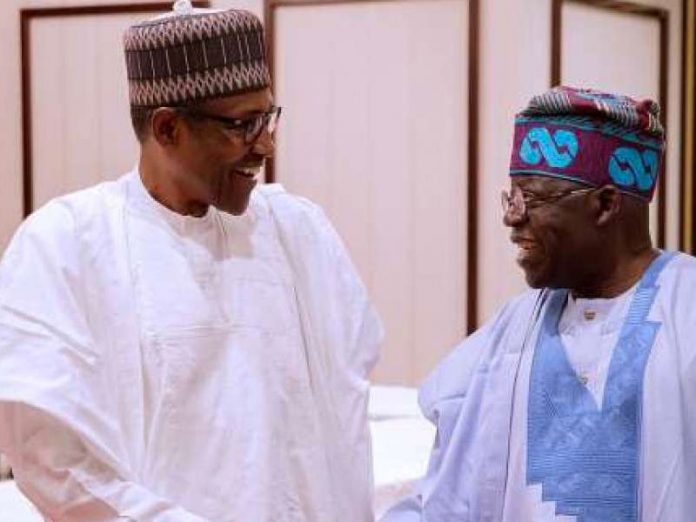 President Muhammadu Buhari has asked the National Leader of the All Progressives Congress (APC), Senator Bola Tinubu, to take charge of his presidential campaign council.

This came as the Director General of the presidential campaign council and Minister of Transportation, Mr. Rotimi Amaechi, yesterday said that the Peoples Democratic Party (PDP) has no credible message to give to Nigerians.

But following the vilification by his own campaign’s Director-General, Amaechi, in a leaked audio recording, the PDP Presidential Campaign Organisation yesterday asked the APC presidential candidate to throw in the towel and end his re-election bid.

Restating his commitment to free and fair general elections, the president warned the Independent National Electoral Commission (INEC) and security agencies to ensure that the electoral process is credible.

Buhari, who said he would not allow governance or his office works to suffer, revealed that Tinubu as the Co-chairman of the campaign council, would be saddled with the daily operational activities of the campaign.

He said, “Even though we have only 40 days, this campaign is going to tax us all, because we intend to touch all corners of our great and vast country.

‘’But I must also add that, though we will all be deeply involved, I would like to assure the nation that I will do my part without making governance or my work suffer.

‘’Bola Ahmed Tinubu, my co-chairman, will be fully in charge, and is going to be on 24-hour vigil.”

In what looks like reversal of roles, against the Director-General of the council, the president said the operational buck of the APC campaign stops at Tinubu’s table, which practically put the office of the director general, firmly under his control.

He urged all in the campaign council, especially those in the field operations to consult with Tinubu whenever guidance is needed.

Buhari said the council was constituted with a conscious determination to ensure inclusiveness and excellence, and is expected to conduct a campaign based on the modest achievements of the APC-led administration.

While reinstating his commitment to credible elections, Buhari said, “If there is one legacy I want to leave is the enthronement of democracy as a system of government; and for democracy to be enthroned, elections must be free and fair. That means citizens have rights to vote for candidates of their choice without intimidation in any form. I have warned INEC and security agencies to that effect.’’

According to the president, the APC-led administration has done a lot to turn around the state of affairs in the country from insecurity, stagnation and massive abuse of scarce public resources.

He added, “We have in the last three years and six months reversed this downward slide that the PDP took us in its 16 years of misrule. “We have restored the territorial integrity of our nation, thanks to our gallant men and women of our Armed Forces. We are systematically engaged in all the remaining corridors of insurgency, kidnappings, robberies, herdsmen and farmers clashes.’’

Buhari said that his administration had successfully fought corruption, saying both the high and low are receiving jail terms, loots are being recovered, and Nigerians are increasingly displaying the timeless values of honesty, honour and decency.

“We have reset our national values: corruption is no longer condoned and is no longer seen as normal for public office holders. The agencies of government are no longer equivocal in dealing with anyone who flouts our laws,’’ he further explained.

On economy, Buhari said the country has now become a prudently managed enterprise, stressing that the nation’s resources are now working for the country, as it ensures the delivery of key national infrastructure, which were left unattended over the past years.

He further explained that his government had succeeded in the last four years in halting national drift, removed the shadow of insecurity and fear dominating the nation’s life and revived the economy from decline to stability and growth.

“The macroeconomic health of our economy, indicated by several measurable factors such as a stable exchange rate, lower inflation, growing foreign reserves, has been applauded by independent local and international rating agencies,” he said.

While speaking at the inauguration, Amaechi said PDP cannot win elections again until it returned all the stolen funds in their 16 years of misrule.

Mocking his former party, the Minister of Transportation said that the only thing it knows best is to share the money, adding, “PDP has nothing to say to Nigerians. Our campaign is going to be issues based. We are determined to save Nigerians.’’

‘’The President said he will fight corruption, that he is doing. He promised to create employment, improve the economy; we met a tattered economy that if we did nothing Nigeria will be at a mess; but today the economy has been growing,” he said.

Amaechi said there is no longer stealing of public funds since the ruling party came on board. Amaechi who was immersed in controversy over a leaked audio tape containing highly critical statement against President Buhari, said the change that APC promised cannot be completed in four years.

The Director of Media and Publicity, Mr. Kola Ologbondiyan, in a statement yesterday in Abuja said that the latest development within APC amply showed that the Buhari Campaign Organisation is in agreement with Amaechi that Buhari’s incompetence, and not the 16 years of the PDP in government, were responsible for the myriad of problems facing the nation.

According to him, “Our party, therefore, holds that President Buhari now lacks the honour and integrity to campaign and seek for votes since his Campaign Organisation is holding him directly responsible for the biting economic hardship and security problems our nation has been facing in almost four years of his tenure, as expressly communicated in the leaked recording.”

Ologbondiyan noted that since the audio recording leaked last Friday, neither Amaechi nor the Buhari Campaign Organisation has mustered the strength to deny or offer any cogent explanation on the matter, saying it was an indication that the president had lost the loyalty of his support base.

He noted that Amaechi’s confession that Buhari does not listen and does not give a hoot about the sufferings of Nigerians but laughs and glees at the misfortunes and plights of the citizens, shows the world the level of disdain Buhari holds Nigerians.

The PDP asked Buhari to dare Amaechi and speak out on the poor rating by his campaign organization, without which he lacks the rectitude to canvass for votes among Nigerians.

Ologbondiyan said, “Mr. President is now merely clinging on straws and walking by his own shadows and Nigerians can now see why he is desperate to use his niece in INEC, Amina Zakari, to rig himself back to power.

“We therefore urge President Buhari to advise himself, having seen that he has no support left, by throwing in the towel instead of allowing his desperation bring more opprobrium to his person and plunge the nation into unnecessary crisis.”