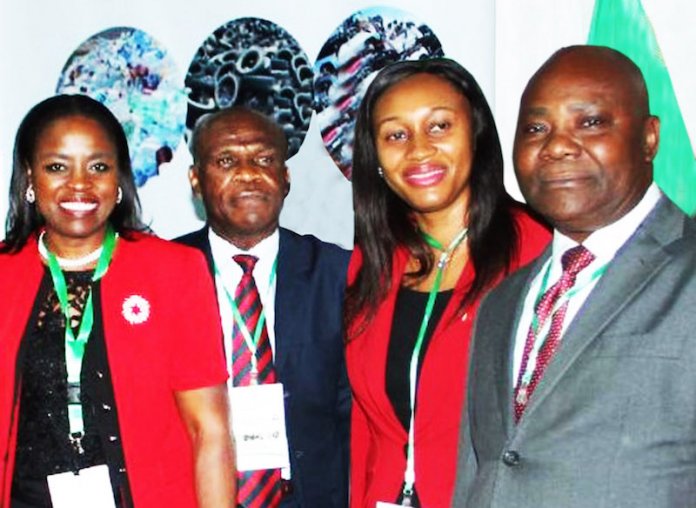 Nigeria has a policy designed to make manufacturers of consumer goods take responsibility for their products’ life cycle, from shelf to post-consumption, to ensure they do not constitute danger to the environment. Presently, there are Producer Responsibility Organisations (PROs) in the country, established to comply with the Extended Producer Responsibility (EPR) policy of the Federal Government, which transfers significant responsibility to producers for the entire life-cycle of their products, especially at the post-consumer stages. Bennett Oghifo reports

It is the responsibility of a company to ensure safe disposal of its products at end-of-life, according to a policy of the Federal Government. An effective enforcement of this policy will curb environmental pollution to a large extent, particularly removing non-biodegradable containers, packages and consumables made of plastics, unserviceable computers and their accessories, to name a few, from the nation’s streets and waterways.

The need for PROs

All sides of residential apartments – the drains, the highways, corners of major or minor streets and undeveloped plots of land, waterways – have all become waste dumps for many households as evident in Nigerian cities and towns.

Many states government spend a good percentage of their funds on domestic waste management, but their efforts are dwarfed by the population they cater for. Lagos State alone generates over 13,000 tonnes of waste every day while its management infrastructure remains the fundamental sustenance in its economic development.

However, lack of an effective collection and disposal process has contributed significantly to environmental epidemics in the state, such as flooding which has worsened in recent times.

This ugly phenomenon does not appear to be due to lack of legislative framework but failure on the part of organisations to extend the producers responsibility for their products beyond the point of sale until end-of-product-life through producer responsibility organisations (PROs).

Among these PROs are the Food and Beverage Recycling Alliance (FBRA) for food and beverage companies; the Recycling and Economic Development Initiative of Nigeria (REDIN), which is focused on clean energy; and the Alliance for Responsible Battery Recyclers (ARBR) for renewable energy companies. And their efforts have been acknowledged by relevant government agencies and stakeholders.

At the 12th National Stakeholders’ Forum of the National Environmental Standards and Regulations Enforcement Agency (NESREA), held in Abuja, recently, the Director General, Dr. Lawrence Anukam said there is strong commitment by the food and beverage and renewable energy companies in curbing waste generated from their products.

He said the steps taken by FBRA are quite commendable and that other sectors should follow suit by working together as a PRO.

It also enabled stakeholders highlight waste-to-wealth initiatives, review progress in the implementation of the EPR programme, strengthen policies and regulations to enable the recycling of food grade packaging waste materials by establishing national standards for recycled polyethylene terephthalate (PET) and determine how PROs can support in waste management for a healthy environment, recycling roles, among others.

While clarifying the need for a circular economy, President of Waste Management Society of Nigeria (WAMASON), Prof. Oladele Osinbajo told the gathering that the group promotes the extension of product life, reconditioning of used products, reduction in waste, a shift from selling products to selling services and more localisation of economic activity. He said it improves waste collection and recycling performance, strengthens the repair and refurbishing sector amongst others.

Osinbajo commended FBRA for its enormous role in environmental conservation through its enlightenment campaign, mopping up of post-consumer PET waste and recycling initiatives. He said they are indication of the Alliance’s compliance to the EPR policy of the federal government.

On his part, FBRA Vice Chairman, Adekunle Olusuyi emphasised that the non-profit organisation is helping to build a sustainable healthy environment that leads to business growth. He said it has been intensifying awareness on separation of waste and environmental pollution, especially on PET bottles which can further be recycled to other useful products.

“We are looking at the entire packaging lifecycle – from how bottles and cans are designed and made, to how they are recycled and repurposed. We want to reduce the waste we generate as much as possible, encourage recycling, and our initiatives in this regard has been well tailored in achieving tangible results along with our partners,” he explained.

And as part of its advocacy, Olusuyi urged other companies in the food and beverage sector to be part of the Alliance which has sworn in its resolve to protect the environment and help make the world packaging problem a thing of the past.

“With an estimated annual population growth rate of 2.6 percent, there is increase in the level of consumption which has translated to rise in the volume of waste generation that needs to be well tackled.”

This formed the basis for partnership with Lagos State in mopping PET bottles from the waterways an initiative that received accolades from the Commissioner of Transportation, Ladi Lawanson.

FBRA also embarked on a cleaning exercise at the Arena Market in Oshodi, Lagos, in commemoration of the World Cleanup Day. It demonstrated this on September 14, the eve of the 2018 World Cleanup Day, for a better trading condition and as exemplary conduct that should be emulated.

Organised by volunteered staff of FBRA member-firms and RecyclePoints, its collection partner, the intervention was used as enlightenment drive on crucial issues relating to proper disposal and separation of plastic from food and beverage packaging waste, recycling, healthy lifestyle and other measures aimed at curbing environmental pollution.

Environmental pollution has turned out to be an issue of global concern because of its adverse effect on human beings, aquatic lives and the society. It is one of the greatest challenges being faced today by man and the natural environment.

Water pollution, one of the major types of environmental hazards experienced today, is a consequence of industrial wastes in water sources. These could be domestic waste, industrial effluents, agricultural waste, marine dumps and radioactive waste, and are evident in rivers, lakes, streams and oceans.

However, the common ocean pollutant that has caused serious concern to users is the huge plastic accumulation that has grown over the years, which has increased considerably over the last 70 years.

According to Plastic Oceans Foundation, a non-profit organisation specialising in tackling plastic pollution and its effects, 300 million tonnes of plastic is produced globally every year. Half of that figure is used for disposable items and more than 8,000,000 tonnes discarded ends up in the oceans annually.

While plastic waste endangers human and aquatic lives, air pollution is also quite terrifying. It could be in the form of emission of harmful chemical gases such as carbon monoxide or soot into the air. It could also be in the form of disturbances to the normal composition of the air such that there is an undesired effect on the environment or living things.

Its major causes are associated with pollution from automobiles, fossil fuel emissions and other materials in oil refineries, from power plants which burn coal as fuel, as well as the incinerators. The result is a toxic gas which now surrounds our once pristine planet. Land pollution, which is major fallout of industrialisation, also constitutes a huge menace.