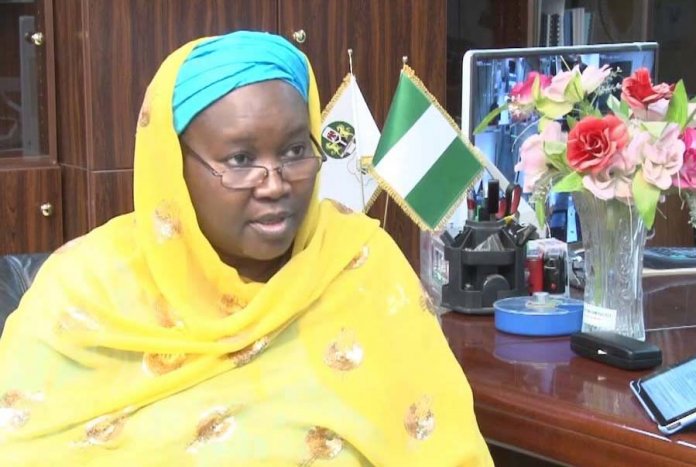 The Peoples Democratic Party (PDP) has insisted that a National Commissioner at the Independent National Electoral Commission (INEC), Mrs. Amina Zakari, should either resign or be re-assigned by the Chairman of INEC, Mahmood Yakubu.

The call was made by one of the spokespersons of PDP Presidential Campaign Organisation for the 2019 election, Akin Osuntokun on AIT Programme, “2019 Election: In Search of Credibility”, monitored by THISDAY in Lagos.

Osuntokun said in terms of perception, Zakari’s new appointment casts doubt on the credibility of the February election, considering the fact that she is a niece to President Mohammadu Buhari by marriage and who recommended her to the former President Goodluck Jonathan that appointed her to INEC.

“Amina Zakari said she is not related to the President by blood, but her relationship to Buhari fits the definition of a niece perfectly. So, her appointment has a conflict of interest. You should put people in public office without any conflict of interest. Opposition parties believe that Buhari wants to use her to manipulate the election and that is the perception,” Osuntokun said.

He also noted that there has been a trend under the Buhari administration, which he said has epitomised clannishness and nepotism, stressing that since the First Republic, the chairman of the electoral board or commission had always come from a different region from where the incumbent president came from, but under Buhari “for the first time in the history of Nigerian democracy, the Chairman of INEC hails from the same region with the President.”

Osuntokun also noted that the allegation of using his niece to manipulate the election falls in line with the President’s refusal to sign the amended electoral law, which if signed would have enhanced a more transparent electoral system.

“It is not about Amina Zakari, it is about perception, transparency and accountability, as long as it can be implied that she has interest in the turn out of the election, she should resign or be re-assigned,” he said.