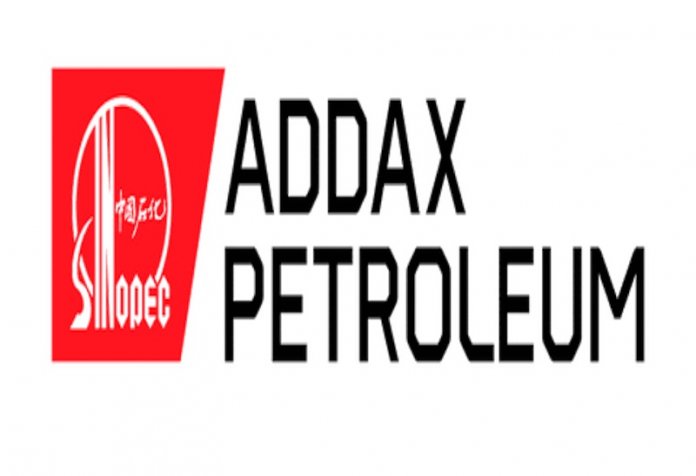 Although their disengagement is yet to be announced officially by management, the medium said the top officials were forced against their will to take the decision.

According to the medium, it was not clear why the management of the company decided to ease out the top officials. Addax Petroleum Nigeria had announced a Voluntary Separation Programme (VSP) for all staff last November.

The report said the VSP “is a programme usually implemented every three years by the management of the company to encourage all categories of staff to take advantage of an enhanced remuneration package as benefits to voluntarily disengage from the company.

“To benefit from the programme, staff are usually encouraged to apply to management to request approval to voluntarily exit from the company ahead of their retirement date.

“In 2012 and 2015, the programme, referred to as Voluntary Severance Package, saw many staff of the company take advantage of the attractive offer to take early retirement,” the report said.

In November 2018, the report said following management’s rollout of the VSP, all interested staff were given one month to submit applications to voluntarily leave the service of Addax Petroleum.

It added that the announcement came with a proviso that management reserved the final right to decide which application it would want to accept or reject.

At the end of the deadline for the submission of applications, the report said, although several applications were received from other staff, none of the six general managers submitted any request indicating interest to voluntarily bow out of the company.

While some of the requests were accepted, the report explained that many from people the management believe still have a future in the company were rejected and asked to return to work.

Earlier last week, the report said, a new organogram introduced by management effectively phased out the general managers’ positions, leaving them redundant, with no functional role in the operations of the company.

Under the new management structure in the company, the highest managerial positions became senior managers to replace the general managers.

The action was said to have taken the six general managers by surprise, as Managing Director of the company, Younghong Chen, feigned ignorance of what was going on.

Chen was said to have told some of the affected general managers who went to seek clarification from him that the decision was beyond his authority.

Consequently, the affected general managers were said to have been left with no option than to put in their applications to request for the voluntary separation package.

The report named those affected to include the General Managers in charge of External and Government Affairs; Exploration and Production (E&P); Human Resources (HR); Health Safety and Environment (HSE); Supply Chain Management, and Drilling.

The General Manager, External and Government Affairs, Dorothy Atake, in response to a text message, said the exit was voluntary.

“Call Yinka Adeyemi. He’s now the media manager. No one was sacked. The company offered a voluntary severance package to all its regular staff.

“It was open to all regular staff. Those who applied for the Voluntary Severance Package were paid off. So, it’s not a sack,” Ms Atake, one of those affected said in her text message.

In a response, the company’s new Manager, External Affairs, Adeyinka Adeyemi, refused to confirm or deny the development.

“Can you call someone else? I don’t know who gave you this number. I am out of Lagos. You can hear its very noisy in the background where I am. I can’t talk right now. You can call me on Monday,” Adeyemi said.

Pressed further to confirm the development, Adeyemi insisted he could not talk, as he was out of Lagos. “When I am back in Lagos, we can have a conversation on Monday on this. Thank you,” he said.

Addax Petroleum, which began operations in Nigeria in 1998, is the operator of some Production Sharing Contracts (PSCs) with the Nigerian National Petroleum Corporation (NNPC).

The company, which operates 11 oil concessions with about 80 production wells in OMLs123, 124 and 126, is now owned by the Chinese state firm, Sinopec International Petroleum Exploration and Production Corporation (SIPC).