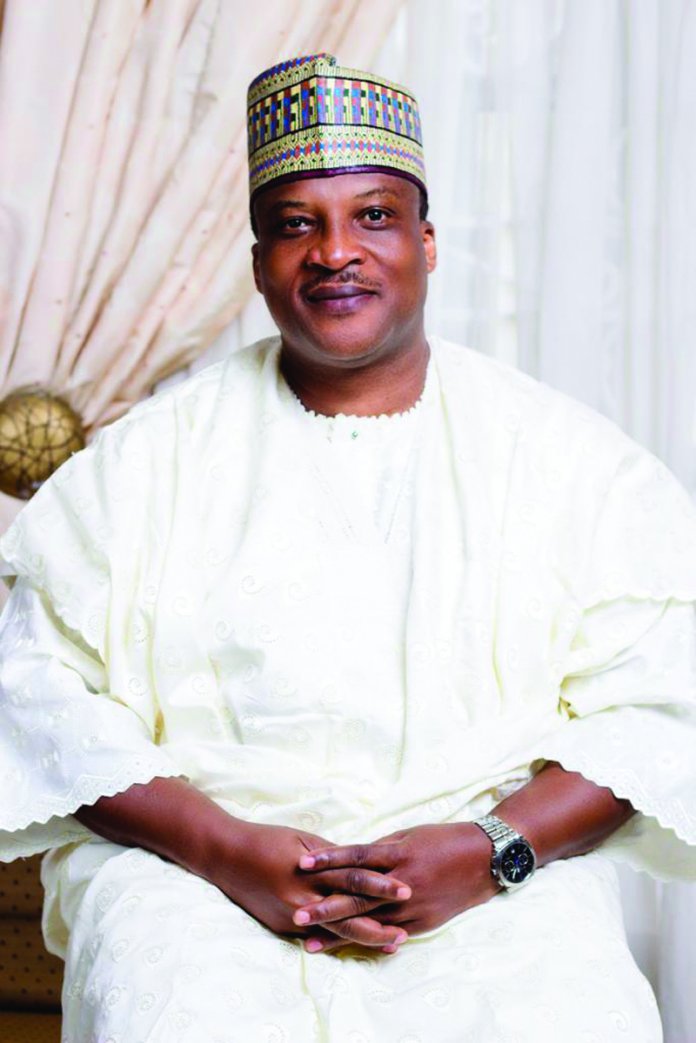 Accord Party in Kwara State led by its governorship candidate, Prince Ayorinde Adedoyin is restoring life into the neglected communities through the provision of boreholes and electricity, writes Benneth Oghifo

For over 100 communities spread across 14 local governments in Kwara State, life could not have been better in terms of access to clean water. People in these communities have endured hardship and suffered tirelessly from water-borne diseases due to lack of potable water. In one of the communities in Irepodun LGA, the 106th borehole had just been drilled, it was a dream come true as women, children and men joyfully recounted their ordeal on how they felt abandoned by the Kwara State Government without provision of any social amenities over the past years.

Like many disadvantaged communities in Kwara, where the presence of government is not felt in any way, people have many years relied on wells and the stream for their subsistence life and the women in the communities had to struggle daily with walking long distances to the stream to fetch water for drinking, cooking and other household chores.

Not having potable water too, has posed many health challenges to the people in rural areas in Kwara State as children and even adults had contracted water-borne diseases such as cholera, typhoid fever and others.

The State Chairman of Accord Party, Chief Jaiyeola Omotoso noted that his party is providing water to the communities by drilling boreholes, repairing existing damaged and disused boreholes bringing succour to the people who have been neglected by successive governments in Kwara since 1999.

“The sad reality is that our people across the state are subjected to life of misery because of the wickedness of those who pretend to serve them. There is no running public water in any house in the whole of Kwara not even in Ilorin, the state capital.

“Our state is plagued by worst kind of leadership possible in Nigeria. Our candidate for the position of the governorship, Prince Ayorinde Adedoyin is doing this to alleviate their suffering to our people and save them from water-borne diseases.”

The intervention also reached Isin Local Government, Ilorin Central and Asa Local Governments where the people thanked Adedoyin for coming to their rescue with the provision of water and electricity. Apart from taking water to the people, the Adedoyin intervention also covers repairs of transformers, feeders and getting generators into the communities to propel economic activities.

One of the beneficiaries at Kulende Area, Mrs. Serifat Ahmed expressed her gratitude for the restoration of water in the Area for the use of the people. She narrated the sordid experience of women who come by the market daily.

“We don’t have water to use here to drink or for prayers because the borehole we have here is not working again. Government abandoned it and nobody came for repairs until this party people came to repair it for us so we can have water to use. Everybody knows that water is very important for human beings. We want to beg our government to make water available for the people. Also, we want electricity. Many of us depend on electricity to do our small business. I want to thank the man who did the water for us, Prince Ayorinde Adedoyin. They said he wants to be governor. That is the kind of man the people need. Somebody who will have mercy on poor people.”

At Onila District in Ajase Ipo the area where Abayomi Adigun lives, he said the restoration of the borehole will bring relief to the people.

“You need to see how people suffer to fetch water. Many who can afford pay money to Mallam and wheelbarrow people to help them get water for use. We are happy with this repair and this is what the government should have done. Our government needs to have maintenance culture. It is very sad how simple things are left to become bad because of corruption.”

Speaking on his empowerment project which is focused on improving the quality of life of the people through restoration and provision of borehole water to communities and skills acquisition for youths, Adedoyin, the governorship candidate of Accord Party maintained that he is in the race for the leadership of the state because of the pertinent need to liberate Kwara State from stranglehold of selfish politicians that have stunted the growth of the state socially and economically.

“Our people should never be this poor as to live in squalid conditions they have been subjected to. We have a very selfish political elite in this state. Nobody is thinking about the future of the state – our women, children and young people. There is virtually no industry that is working in kwara again yet all our governments since 1999 are concerned about is how to share the resources among a tiny group of people.

“We must change direction. Our people must be ready to vote against poverty. Look at the over 100 communities we have provided water for, some of the boreholes we repaired require as little as N50,000 to fix yet, they have been abandoned for years. Do you know what three mechanised boreholes per 193 wards can do in solving the water problem?

“This is the reason I am running to be governor; to give new life to our people; to rebuild the economy of the state; to create opportunities for our people to better their lives. Our people deserve better.’’