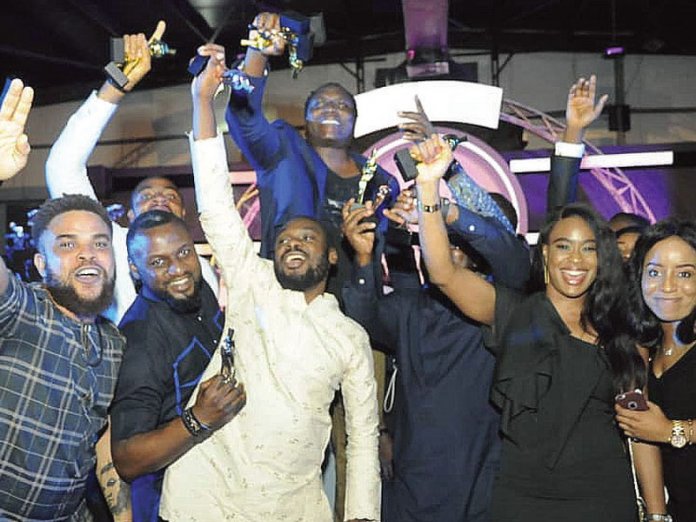 In line with the theme of the 2018 edition of the Lagos Advertising Ideas Festival (LAIF), agencies that flexed muscles to determine the best creative works from this part of the world, re-established the place of creativity in modern advertising, Raheem Akingbolu reports

Decades after Nigeria began to appreciate advertising as a core tool for marketing; there are signals that the country will soon carve a niche on the global landscape.

At the just held Lagos Advertising Ideas Festival (LAIF), practitioners, especially the new breeds, showed the way the industry should go to become a creative hub. In practical terms, the winning entries showed that the future of advertising belong to those who can re-invent. The theme of the 2018 edition is “Future Forward”,

According to the Chairman of the LAIF 2017 Management Committee, Steve Babaeko, the entries for last year were master piece that would go a long way in repositioning the industry and Nigerian practitioners globally.

“We may not be there yet but with the outcome of this year’s LAIF award, I’m not in any way in doubt that the future is bright for advertising in Nigeria. On the success of the event, I did nothing specially; rather, we (management committee and the team from the secretariat of the Association of Advertising Agencies of Nigeria) put the right team in place, from the conceptualisation stage to execution.

The response of participating agencies was encouraging. In fact, we had more agencies participation compared to last year. Perhaps the most gratifying thing for me is the fact that more young agencies put in entries. That is a major achievement because every year, we try to avoid a situation whereby the small agencies will assume the competition is for bigger agencies,” Babaeko told THISDAY shortly after the event.

X3m Ideas and its take-away
Considering its brilliant performances in similar competitions within and outside the country, it was not a surprise to industry watchers that Babaeko’s X3M Ideas scored big at this year’s edition of the creative award.
For Babaeko, who stated that winning awards are the icing on cake for good creative works, kudos should be given to clients who believe in their agencies.

At the award, the agency once again displayed great consistency as it maintained its enviable position as one the most valuable creative and consistent agency in the country. It emerging one of the best three at the prestigious 2018 Lagos Advertising and Idea Festival.

The agency confirmed its staying power, vivacious tenacity and uncanny creative prowess as its works became cynosure of all eyes, winning laurels for its clients and brands cutting across multinationals and indigenous brands as the Association Advertising Agencies of Nigeria held the 13th edition of its LAIF Awards at the prestigious Landmark Event Centre, Victoria Island, Lagos.

The agency which has become a recurring decimal in discussions around creativity, advertising new and digital media in the country and beyond, walked the talk by carting home 5 Gold; 7 Silver and 8 Bronze, making a total of 20 medals to place an enviable 3rd in an industry that boasts of almost a hundred agencies.

Thought the awards reflects a gold draught with only 27 Gold awarded at the star studded event, 6 years old X3M Ideas breasted the tape 5 times to claim Gold medals. To observers, this indicates its consistency to break its previous record.

The agency’s works for DSTV “Easter hunt” and Lacasera’s – Moon/Eid Mubarak each got a Press Silver while Peak’s “Island” and Peak “Generation” got Silver each in the film category. Glo’s “The Chase” , Peak Heritage and X3M Ideas’ social service initiative “Depression” contributed a Silver each to the chest.

Speaking on the agency’s feat, Babaeko explained that one of the things that delight him is the consistency of his team and “fresh breath of life we have brought to bear on the Nigerian advertising industry and our clients’ businesses”.

“I am really proud of the team, since we started participating in LAIF in 2013, we’ve consistently been in the top 3 or 4 bracket. This year, not an exception, we came 3rd in the awards that becoming more competitive LAIF by the day. We’re really proud, and feel so proud of the clients we work with, for giving us opportunities to push for something new”, he said.

Applauding the agency’s client, Babaeko says the client as the agency’s editor and gatekeeper, should be duly acknowledged for not killing ideas that may first look extreme and allowing them see the light if the day. “The glory belongs to agency and the clients because the clients need to believe in these ideas before they see the light of the day. We’re really thankful to them for really pushing us to come out with the best”
Maintaining a vantage to slot on the medal table for the last 6 years is about pushing harder. It’s about team spirit, energy and cheer determination, Steve claimed.

In that case, no matter who leaves or who stays, the spirit in X3M Ideas isn’t to settle for anything less or mediocrity. So our people always strive for excellence because we already have a culture of excellence ingrained in our subconscious as an agency, Babaeko reaffirmed.