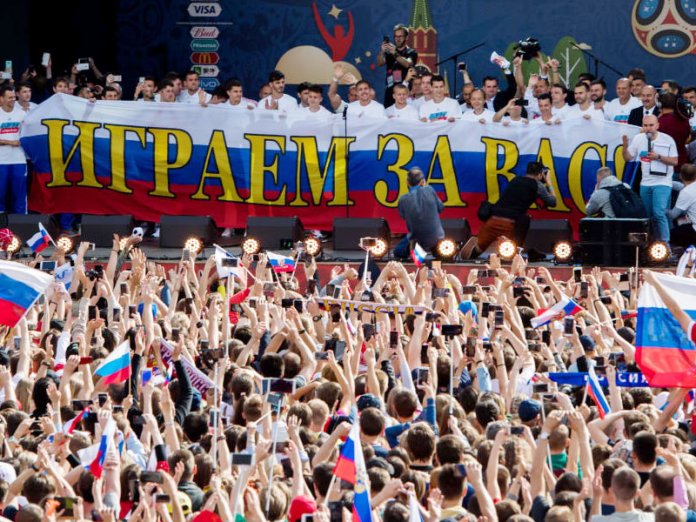 The 2018 FIFA World Cup Russia™ went down as a success in many ways, exceeding the pre-tournament expectations, so Russia can rightfully be proud of having staged one of the best World Cups in history.

Among the country’s leading objectives in hosting the competition was to establish a footballing legacy for the following generations. The effects of Russia 2018 will be felt for many years to come, but even in the first six months following the end of the tournament, the positive results can already be seen.

The World Cup saw a change in the fortunes of the Sbornaya. Before the start of the tournament, Russia occupied the lowest position of all 32 competing nations in the FIFA/Coca-Cola World Ranking (70th) but defied the sceptics to make it to the final eight.

Following the team’s success on home soil, head coach Stanislav Cherchesov has seen out a more than satisfactory end to the year (three victories, a draw and two losses across the UEFA Nations League and friendly matches). As a result, the team has broken into the top 50 of the ranking, even if defeats in their last two fixtures against Germany and Sweden have stalled Russia’s rise. Next up for the 2018 World Cup hosts is the qualification campaign for UEFA EURO 2020, where on paper they look like the main competitors for Belgium in Group I.

During this time, the squad has undergone a major personnel change, following the retirement of a number of senior players from international football. The younger replacements now have role models to look up to, as Russia’s ‘put-the-team-first’ attitude at the World Cup earned them many plaudits.

The main effect of the team’s performance can actually be felt outside of the ranking: through their performances at the World Cup, the Russian national team have won back the love of the population. This was the main objective that Cherchesov set for his team and they undoubtedly delivered.

Since the end of the tournament, Russia have played in Rostov-on-Don, Kaliningrad and Sochi – and everywhere they have been welcomed with rapturous support and sold-out stadiums, continuing the fervour from the World Cup. Children across the country now dream of getting shirts and autographs not from Lionel Messi, Cristiano Ronaldo or Neymar but Denis Cheryshev, Roman Zobnin, Aleksandr Golovin and, of course, Artem Dzyuba. Football coaches in schools attest that since the World Cup the number of children interested in taking up football has multiplied by as high as three.

Dzyuba is a separate phenomenon unto himself. Thanks to his performance at the World Cup, this imposing centre-forward has become a genuine national hero, inspiring everyone with his important goals and, just as equally, his unrestrained shows of emotion and ability to unite both team-mates and fans alike around a common goal. Wherever the Zenit striker plays, he is greeted with requests for autographs, even from fans of opposing teams. When Igor Akinfeev announced his wish to focus purely on club football, the decision to appoint Dzyuba as the next Sbornaya captain was an obvious one – who else?

The boom in the country’s interest in football can be most clearly seen from crowd numbers at stadiums, many of which were built specially for Russia 2018. Although not every club in every city was lucky enough to get a new arena, on average attendances are improving thanks to the World Cup venues.

Nowhere else has the post-World Cup fever been felt as keenly as in Saint Petersburg. Two years ago, Zenit would struggle to fill out their old 20,000-capacity stadium but now regularly produce crowds of over 50,000. Thanks to their new home ground, FC Rostov these days boast stadium attendances on the same level as Spartak Moscow (around the 30,000 mark). Krylya Sovetov attracting in excess of 20,000 supporters is a source of pride for the city of Samara.

For 15 years the Russian Premier League (RPL) has drawn an average crowd size in the region of 11-13,000, but this figure is now higher than 17,000 and it seems the number is set to rise still further. The official statistics show that following 17 rounds of matches in the 2018/19 season the average attendance was 17,023, compared to 13,971 from the season before. Over the last year, the Russian championship has overtaken Portugal for stadium attendances, reached the same level as the Netherlands and is coming up in France’s slipstream.

Average attendances in Russia’s second flight, the Football National League (FNL), have increased almost twofold since last season: from 2,610 to 4,663. This is all thanks partly to the fact that five venues at the 2018 World Cup are now the home grounds for five FNL clubs – in Sochi, Volgograd, Nizhny Novgorod, Saransk and Kaliningrad. Average attendances at Rotor Volgograd (22,054) and FC Nizhny Novgorod (19,794) even exceed the majority of the RPL clubs in this regard.

The main arena of the 2018 World Cup, the Luzhniki in Moscow, has not stood idle in the meantime either. It is the home ground for the Russian national team but also hosts the occasional club fixture as well. CSKA Moscow decided to play their home matches in the 2018/19 UEFA Champions League there. The move was completely justified, as over three matches in the group stage they managed to draw an average of 63,052, while 71,811 fans turned out to watch CSKA’s historic 1-0 victory against the world’s best club side, Real Madrid.