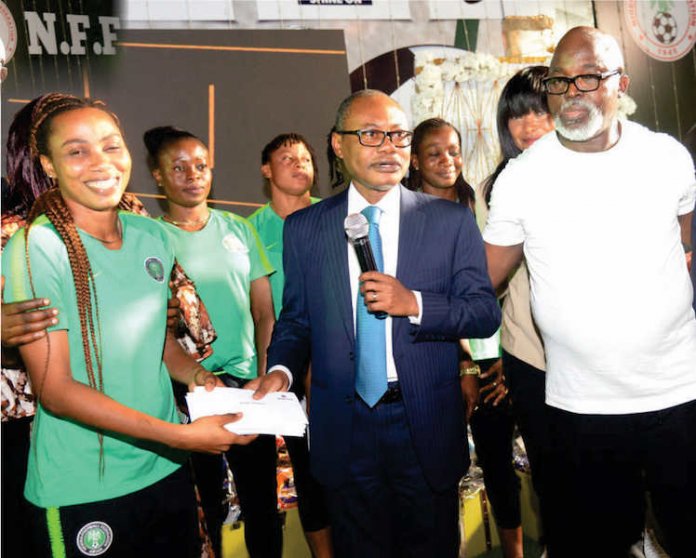 Ole Gunnar Solskjaer was punching the air in delight with less than four minutes on the clock as he got off to a perfect start as Manchester United manager with a 5-1 thrashing of his former club Cardiff in Wales yesterday.

The former United striker succeeded Jose Mourinho, who was sacked in midweek, and got his first win courtesy of a performance that will encourage United fans as some of their more marginalised talent came to the fore in a performance full of attacking intent.

Marcus Rashford’s stunning free-kick, a deflected effort from Ander Herrera and a fabulous team goal by Anthony Martial effectively won the contest before half-time for a United side inspired by the recalled Paul Pogba, who had a hand in all three first-half goals.

Victor Camarasa’s penalty briefly gave Cardiff hope as they reduced the arrears to 2-1, but Jesse Lingard won and scored a contentious second-half penalty and then rounded Neil Etheridge to tap into an empty net at the death to make the result safe.

It is the first time United have scored five goals in a Premier League game since legendary manager Sir Alex Ferguson’s last game in charge – a 5-5 draw with West Brom in May 2013.

All eyes were on Solskjaer’s first selection as United boss, and Pogba was included in the starting line-up.

The World Cup winner and club record signing had been a forlorn-looking substitute for the past three Premier League matches, but returned to a more attack-minded United XI.

Pogba was joined by French forward Martial, who made his 100th Premier League appearance, with Romelu Lukaku away on compassionate leave.

Luke Shaw and Phil Jones returned to a defence that had conceded 29 goals already this term – their worst record since 1962 – as Solskjaer made four changes.

Pogba was involved in the thick of the action inside three minutes, winning a free-kick from Aron Gunnarsson that would give the Norwegian the perfect start to life in the United dugout, Rashford brilliantly finding the bottom corner.

The contest proved an ideal opportunity for Pogba to send a message on the pitch rather than on social media and he certainly appeared less inhibited as the visitors passed with a good tempo and closed down effectively.

United were superior throughout the first period and it was no surprise when they doubled their advantage just before the half-hour mark when Pogba picked out Herrera, whose speculative effort nicked off Greg Cunningham and gave Neil Etheridge no chance.

However, United’s defensive fragility reappeared before the interval, with Rashford handballing carelessly when he moved his upper arm towards the ball under little pressure and Camarasa slammed home the penalty.

But in the end, United made light work of a Cardiff side, who had won their past four home games, with attacking flair throughout.

House Calls for Establishment of Military Base to Combat Banditry

editor - September 30, 2020 3:23 am
22
There is hardly any country in which nation-building is a finished business. To build a nation its people under a leadership with a sense of...

House Calls for Establishment of Military Base to Combat Banditry