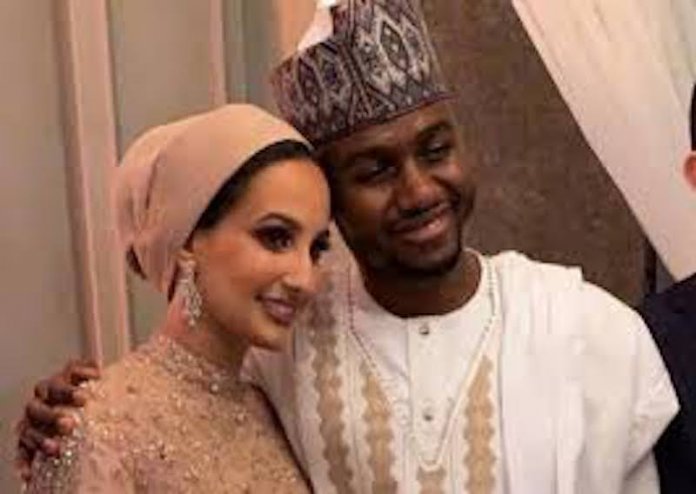 If the mention of Nigeria evokes criminality like internet fraud or the sale of human kidneys in the mind of a typical Malaysian, that perception changed this week when some of Nigeria’s billionaires like Alhaji Aliko Dangote, and his business and social collaborator, Femi Otedola, stormed the Asian country for the wedding of Sani Dangote’s son, Mohammed to Sara, the daughter of Fouad Hayel Saeed, a wealthy Yemeni-born, Malaysia-based businessman. The bride’s father is the managing director of the Malaysia and Indonesia ends of the behemoth Hayel Saeeds’ HSA Group, which operates around the world as a multinational company and manages companies in different economic sectors. The HSA Group run by the Hayel Saeed brothers is regarded as the most prominent family business in the Arab region.

The groom‘s father is Sani, the immediate younger brother of the World’s Richest Black Man, a successful businessman in his own right with investments in key sectors of the economy including manufacturing, agriculture and oil services and Vice President of the Dangote Group. Trust the Nigerian billionaires, they stormed the beautiful Asian country in all their finery and money-power accompanied by friends and fellow billionaires. Prominent in the entourage was Atedo Peterside, businessman and founder of Stanbic IBTC Plc.

The week-long wedding rites began with winsome Sara’s ‘Henna and Music Night’, which took place Monday, December 17, at the Mayang Sari Grand Ballroom, JW Marrriott Hotel. The henna night is a deep-rooted pre-wedding ritual in Turkish culture that generally happens one day before the wedding ceremony where the bride celebrates her big day with family members and friends. The idea is usually to get the bride in the mood allowing her to relax, letting go of pre‐wedding nerves and enjoying the occasion with her closest friends.

The following day, the bride’s father hosted ‘A Yemeni Night to Remember’ in his stately home which was very well attended by the Nigerian delegation. The couple tied the knot on Wednesday at the Glasshouse, Bukit Seputeh, Kuala Lumpur, pictures from which have flooded social media. A wedding dinner is slated for Friday, December 21, at the Grand Ballroom, Mandarin Oriental Hotel. Thereafter, the couple is billed to tour different romantic capitals of the world on a mutual discovery of self and soul.