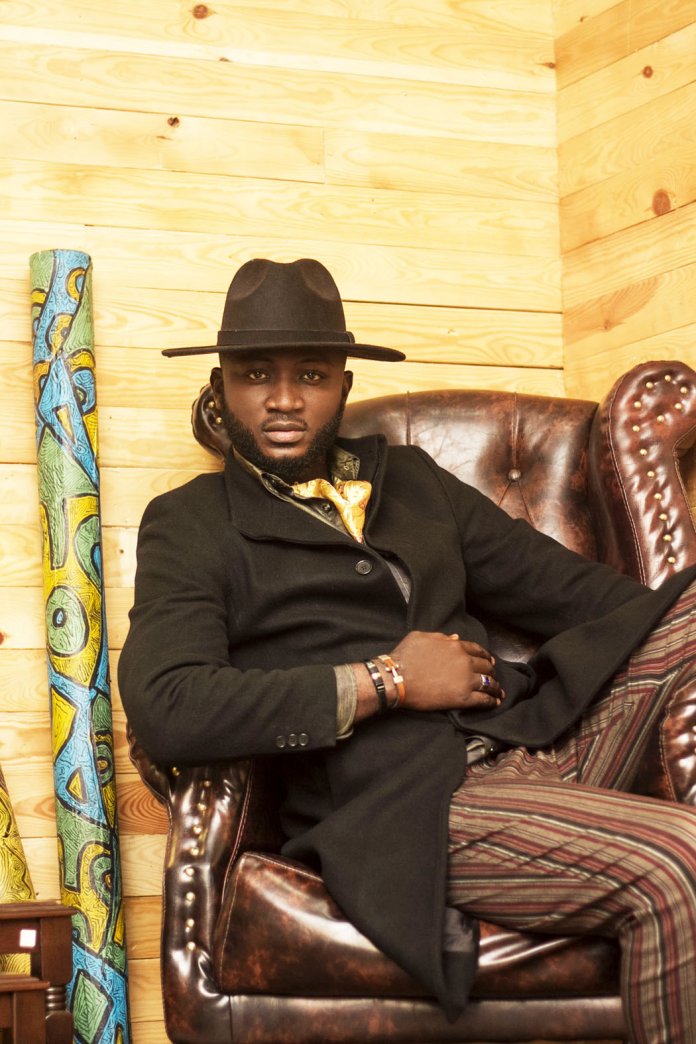 We thank Almighty God and we keep pushing. It has been quite a successful one for me. Again, I thank the Almighty God for the level he has brought me so far. I can proudly say that I am a United Nations ambassador on SDGs, Nigerian ambassador to Mac-Arthur Foundation Global, amongst others.

I started my career in the North

I was born and grew up in Kaduna. I was in Lagos for a while though, until 2008 when somebody reminded me of being from the northern part of the country and suggested that I go back and give back to my people, which I did, almost immediately. It is northern movies that really brought me fame. I am the producer that started this merger thing in the industry today; that is bringing people from the Kannywood to join Nollywood stars to do movies.

I started as a make-up artiste which earned me an award at the African Movie Academy Awards (AMAA) in 2008. I also won the best Makeup Artiste for the movie, ‘London Boy,’ and gained experience and contacts that launched me into stardom.

I then started acting, after which I tried presenting before upgrading to a movie maker and entrepreneur. I soon became very famous in Kannywood movies and even produced some of the movies.

I have produced more than 20 movies in Nollywood and Kannywood, which earned me multiple awards, including the United Nations Peace Achievers Award.

It’s all about the passion

I have a passion for entertainment, movie making, especially acting. That passion has driven me to where I am today and, to the glory of God, I have achieved a lot doing it.

I am the kind of person that never allows anything to bother me.

My friends know me to believe in the phrase; ‘everything will be alright’. So basically, I sleep over things and then let it go.

I am a very simple human being and I know that no matter what, I will sleep and when I wake up the next morning, I’ll let all the worries go.

There wasn’t really any big challenge that I had to deal with because when I came, the top actors at the time just let me take the position that I proved to be worthy of. The only thing I will say is that there is a lot of competition which is healthy in every profession. But in the North, there isn’t a lot of competition because there’s just a few of us. I can say that there is just about five of us that can take the industry from the North to the South successfully and be accepted immediately, especially when you consider language barrier, education and a host of others. Most fans do not care where you come from as long as you give them what they really want.

How I balance work and leisure

Trust me, out of the 12 months in a year, 11 months for me is totally work. I take a break in December every year, but lately, since I started appearing in television shows, December has become one of the busiest periods for me because of the event of the year. I can’t say I have a love life because I’m totally dedicated to my job. One of the secrets of my urbane look is that I’m a free minded person. I go to bed every night with no ill feelings. If I must sleep, I sleep like a baby. I wake up every morning and I look fresher than I was the night before.

Fashion and style means a lot to me

Half of my earnings go to fashion. I wear almost all the top designers in Abuja and Lagos. I am an ambassador to a very top brand designer. I like fashion; you cannot be in the circle of entertainment and not be top notch in terms of fashion. Fashion opens the door for me; it’s a must for anybody that is in the limelight. I can proudly say that I am the most fashionable person in the North.

I’m single at the moment

Not ready for marriage for now. In fact, right now, I’m too busy to think about relationships or marriage. My job is taking much of my time and I’m enjoying it. And my life’s philosophy is that everybody will be alright, don’t take things too seriously. Always remember that you will die one day.

My advice to young Nigerians

Always believe in yourself. Don’t fake another person; you can achieve your own goals. Don’t allow politicians to use you and dump you. Always start from somewhere, time is never a problem. You can be 35 and still pursue a degree in the university; it’s not a big deal. Always be positive and be yourself, be prayerful and dedicated to whatever you do.

Message to my fans

To my fans, I will always be that little boy you have supported to this level and I promise to always bring out my positive vibe especially on my show. I promise that you will keep seeing good products from me. ‘Makeroom’ is on the way by the grace of God, before the middle of 2019, it will be out. Then there is ‘Lagos Street Life’ to expect too.